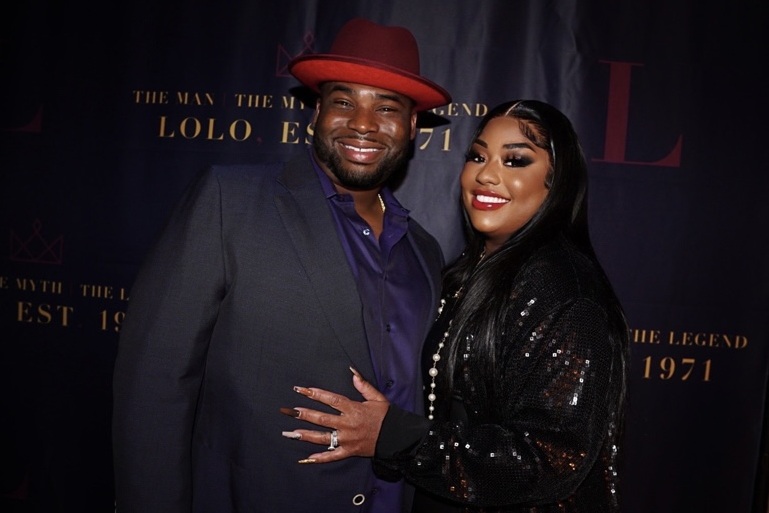 Musiq Soulchild is a hip-hop soul artist, born in Philadelphia, Pennsylvania. He built a reputation for being musically gifted, beat boxing for MC’s, free styling on the open-mic circuit or just performing acapela for strangers on the streets. Deeply inspired by the R&B/Soul sound of the 70’s he uses the name “Soulchild” as a way to show respect and admiration to his biggest musical influences such as Stevie Wonder, Donny Hathaway, Marvin Gaye and many others.

The Myth, The Man, The Legend is how friends and family describe “Larry White” founder of LoLo’s chicken and waffles with locations in Arizona, Texas, and Nevada. He has developed his own waffle mix, seasoned salt, maple syrup, hot sauce and more. Over the next 10 years, Larry (“Lo-Lo” by that point) would tirelessly perfect his now famous fried chicken and homemade waffle recipes.

His wife Rasheedah Jones White is a restauranter, entrepreneur, wife, mother and philanthropist who pulled out all the stops to show “Black Excellence” in planning her husband’s 50th Birthday Celebration. Which included a private concert at their beautiful residence in Phoenix, Arizona.

The Birthday celebration was hosted by well-known comedian Hope Flood which also included A celebrity chef, live band, hip-hop violinist and of course a private, intimate concert from the talented-musician , Musiq Soulchild performing his catalogue of hits.

For Musiq Soulchild, music didn’t just represent some mundane career path. It was his salvation. Musiq found a deep connection with his father’s extensive record collection. Soon the music of R&B and funk greats Aretha Franklin, Stevie Wonder, Sly & The Family Stone and Donnie Hathaway became an obsession, awakening his own gifts .He took on the Musiq moniker in the streets of Philly (his two-fisted neighborhood Johnson’s ubiquitous musical talents earned him nickname “music boy”).

Musiq Soulchild stands as an uncompromising musical force. Feel The Real represents a pivotal chapter in the ever evolving career of an artist who continues to search for new muses; new sounds. Soulchild has received multiple awards including, Billboard, BET, ASCAP, BMI, and Soul Train. He has also earned award nominations from MTV, the American Music Awards, the NAACP, and 13 Grammy nominations.

You can listen the latest album and chartbuster songs of Musiq at his Official Spotify page.