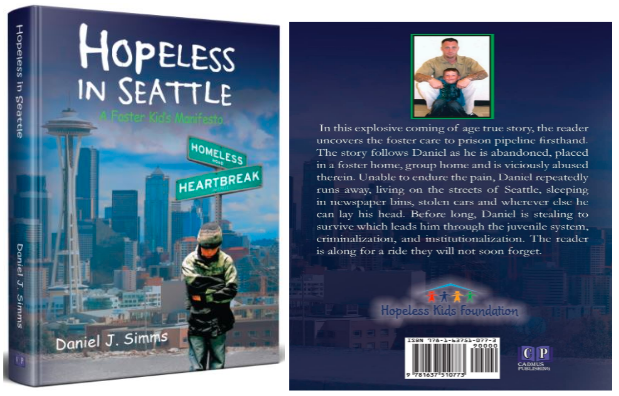 The United States prides itself on being the heart of the free world; the epicenter of justice and liberty. In fact, studies show that the country’s positive global image is largely due to its strong and long-standing human rights record. However, given the current rate of injustice in the country, it is safe to say America’s human rights reputation is on the line. According to a recent poll, the vast majority of Americans believe the country’s criminal justice system is flawed and needs reform. Perhaps one piece of evidence that backs this position is the story of Daniel Simms, a 42-year-old State Custody inmate.

Daniel has spent 17 years in prison and still has another 18 years to serve. What was his crime? A botched drug deal. “I am concerned because I have seen murderers and rapists get out faster than me. I am not trying to downplay the crime I have committed. I regret it deeply. No day goes by that I do not reflect on it. However, I feel I also deserve a second chance. All I ask is to be heard,” Daniel says.

By no means is a drug deal okay. Illicit drugs are an affront to society, and their sale is a serious crime. Therefore, punishment is in order. However, is not the aim of punishment to deter and rehabilitate? If so, is 17 years of incarceration not enough to accomplish this goal? If not, would an additional 18 years make any difference?

A year ago, Daniel petitioned the governor of Washington for clemency. So far, there has been no response, and no action taken. Still, Daniel has not given up. “I have a 16-year-old son. I need to remain strong for him. The hope of being released back into the free world so I can be a father to my son again is what keeps me going,” Daniel explains.

Daniel also has plans on starting an e-commerce business when he gets out. He believes he can use his entrepreneurial skills to add value to society. “I admit that what I did was wrong. I would take it back if I could. The past 17 years in State Custody have taught me many things, and I am fully rehabilitated. I have become a born-again Christian. I am not the same person I was 17 years ago. I am prepared to reintegrate into society and begin a new life,” Daniel says.

“In the time I have been in prison, I have always strived to stay out of trouble. I have always strived to make the most of the time. I have honed my business and interpersonal skills through prison programs. I have taken certificate courses. I have even authored a book entitled, “Hopeless In Seattle: A Foster Kid’s Manifesto,” which is essentially a curation of my experiences in prison and my thoughts on the State Custody system.”

If you are touched by Daniel’s story, you can take steps to help him today. You can use whatever platforms you have at your disposal: social media, podcasts, blogs, etc., to get his message out. “I would really appreciate anyone who would take it upon themselves to tell my story. Social media is a powerful communications tool. I need volunteers who can post something about me on social media, maybe once a day. I feel this can help get the word out.”

Renowned human rights lawyer Bryan Stevenson once said: “The true measure of our character is how we treat the poor, the disfavored, the accused, the incarcerated, and the condemned.”

Let this quote further inspire you to take action.