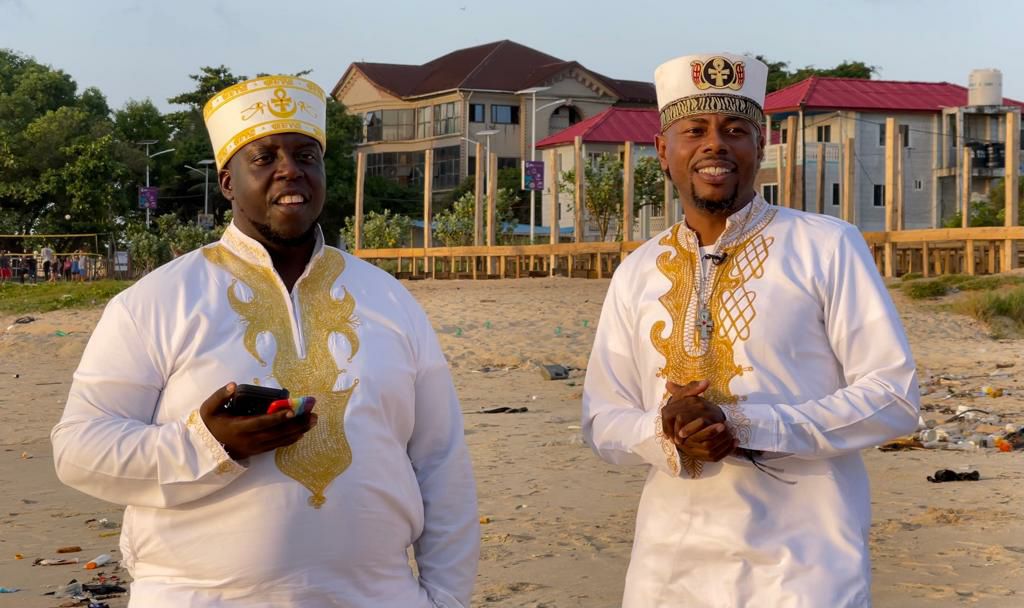 The Journey Home Festival’s inaugural program is set to break barriers and put Liberia, known as the Land of Return by the Liberian Government, firmly on the map for Black Americans. Perched on the western coast of Africa, Liberia is the continent’s oldest republic and the only Black state in Africa never subjugated to colonial rule. The Journey Home Festival, taking place June 17 to 24, 2022 in The Republic of Liberia.

The reason this trip is so significant is that Liberia was the first African republic to proclaim its independence and is Africa’s first and oldest modern republic. The founding of Liberia in the early 1800s was motivated by the domestic politics of slavery and race in the United States as well as by U.S. foreign policy interests. In 1816, a group of white Americans founded the American Colonization Society (ACS) to deal with the “problem” of the growing number of free blacks in the United States by resettling them in Africa. The resulting state of Liberia would become the second (after Haiti) Black republic in the world at that time.

How Journey Home Festival Came To Be

The heads of the entire endeavor, Saqar Ahhah Ahershu, and  Den Tut Rayay, who have a background in live and virtual events, have worked tirelessly in the background, trying to get everything together before the event.

“In 2016 one of the vendors at our festival in Atlanta asked if this was something we could produce in Senegal,” explained Ahershu. “In 2017, we traveled to both Senegal and Gambia. We met H.E. President Adama Barrow and brought delegates Like Her Excellence Diouma Dieng Diakhate, Senegal’s first female presidential candidate, and entrepreneurs back to Atlanta, Georgia, where we held our first Business exchange that featured investors and meets and greets with the Mayor of Stonecrest, Georgia, and mayor Debra Jackson of Lithonia Georgia. This led to Mayor Debra Jackson taking the Journey Home to Dakar to discuss a potential sister city relationship with Mekhe Senegal.”

How Liberia Was Chosen For Journey Home Festival

What brought the team close to Liberia was to find that Liberia was the Door of Return, or as the Government of Liberia calls it, the Land of Return.  “The fact that there were freed slaves from America who had been given a chance to return home and welcomed by their indigenous brothers and sisters,” mused Ahershu. “And a whole nation was formed…this blew me away.”

“So my connection would be me being an African American and what some would call a Black Native American, as my Grandmother is from the Cherokee or greater Yamassee Creek Nation that was in South Carolina and Georgia.  And when you learn about who came back to Liberia, it was those exact people, formerly enslaved people and Native Americans found their way home.  And me looking to find my way, I connect to this story like no other.”

The mission of the Journey Home Festival is to bring awareness to the African American Community on a large and global scale. “With that being said, our influencers within the African American community can use their influence to help develop the infrastructure of Liberia returning lady Liberia to a place of strength,” said co-founder of the festival Den Tut Rayay.

“It’s important that the Black community knows because Liberia was built to help empower African Americans.  That was its purpose, down to its laws.  Did you know Liberia is the only country that I know of where only Black people can own land?  This is actually in the constitution, so not only can the story bring more self-esteem to the Black community in America, but there are also financial and investment opportunities that are exclusively available to them.  And with all the beautiful beachfront property available, all the opportunities available in agriculture, African Americans need to take advantage of this while they can.”

Challenges With  The Journey Home Festival

With any significant festival creation comes challenges that need to be overcome. For Saqar Ahhah Ahershu, the most challenging part of his entrepreneurial journey has been changing his mindset. “This is something I continue to work on, but by continuously studying and training my mind and getting out of the environment I grew up in through traveling has helped to offer my mind new stimulus and allow me to see the world and myself from a different perspective,” he said.

“What has been the most rewarding is who I am becoming through the journey.  Because for things to change, you have to change, and before you know it, you can look at who you have become and be proud of what you have accomplished.”

The Future Of Journey Home Festival

The co-founders believe and forecast that February (Black History Month )and Juneteenth will be Journey Home Festival’s leading months for tourism in Liberia and West Africa in five to ten years. They also believe December will also play a significant role. “ However, Black History Month and Juneteenth will also educate the native people and the Diaspora abroad,” said Den Tut Rayay. “This will bring awareness to the country as well as support.

We look forward to the next five to ten years of the Journey Home Festival and can’t wait to see what amounts.”

How To Make Decisions In Conditions Of Uncertainty