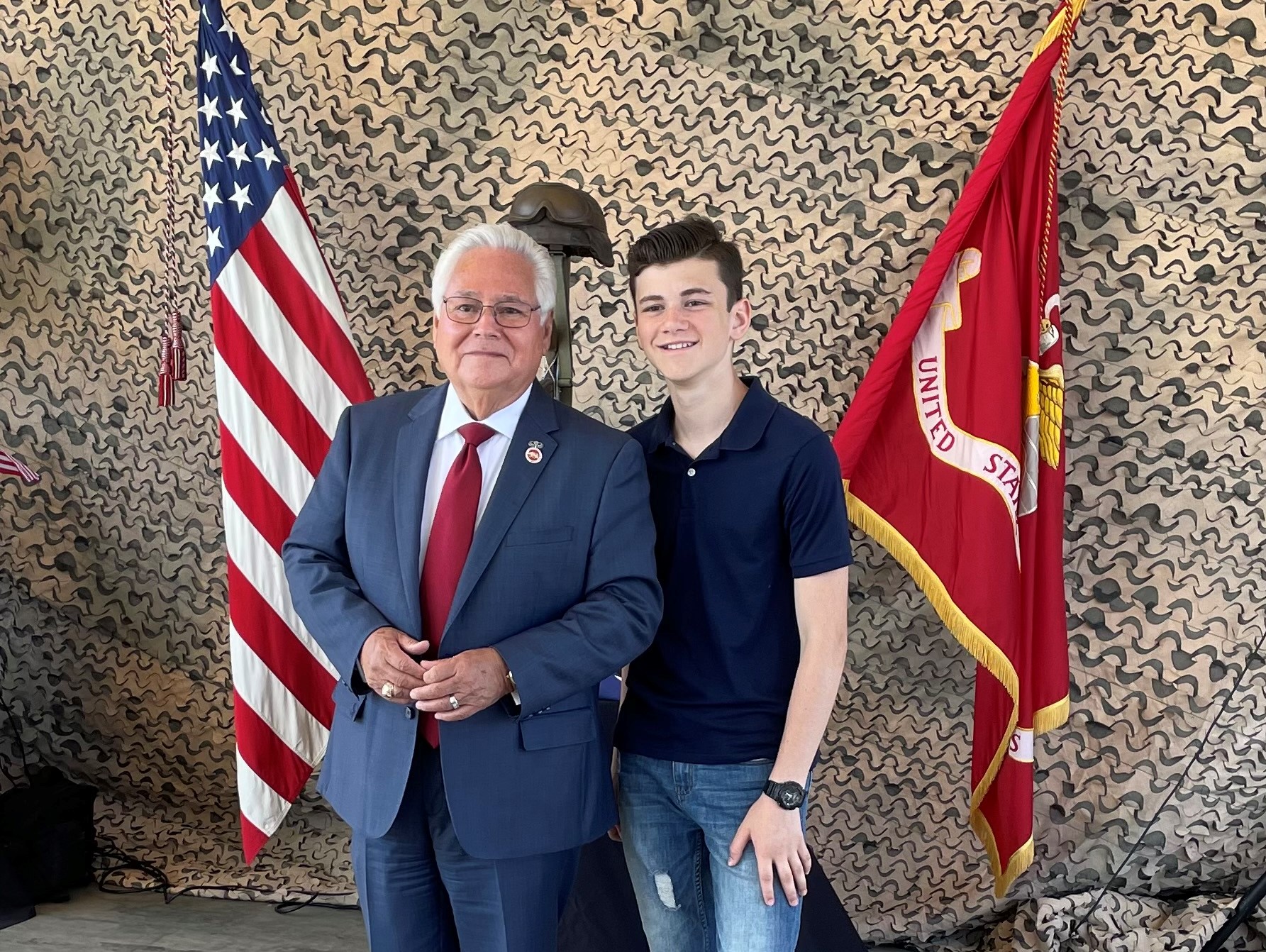 Over the last few months, we have become quite familiar with teen pop star Alexander James Rodriguez, an actor and singer-songwriter hailing from the UK. Last month the 13-year-old, who shifted into music at age 12, released his summer hit song, ‘California’ which he wrote, and it has quickly become a State of California anthem contender.

This past Memorial Day Weekend, Alexander performed ‘California’ to Senator Bob Archuleta, and the teen is hoping to perform to Governor Gavin Newsom during the re-opening of the State.

“I am working hard to have my song heard by Governor Gavin Newsom,” stated Rodriguez. “My song ‘California’ is so lively and energetic, it’s the perfect way to help bring back California from the pandemic. I would proudly march alongside my governor as he campaigns for a brighter future for the Golden State.”

Behind The Song ‘California’

Alexander James Rodriguez sat down to write his song, ‘California’ in October 2020. Originally the song had a heavy and fast beat so the teen used software to slow the music down to where he could find a suitable melody. Once found, he and his mom, set to working on the lyrics. After much back and forth, the teenager decided the song should be about everything he loved to do, when not in school. Activities such as surfing, skateboarding, snowboarding, paddle boarding, kayaking and basically everything you can do outside in the Golden State.

With the first verse settled, the chorus was the easiest, “It’s California”. The song was first recorded in North Hollywood on November 10th, 2020, but after being mixed and mastered, the Alexander was still not happy with the final product, so he went back into the studio with another team and polished the song to where it is today.

Since the songs release, Alexander James Rodriguez has been working hard to have his song heard by Governor Gavin Newsom. The music video in itself is a stunning look at California, with clips highlighting Santa Monica, Lake Tahoe, San Francisco, and Beverly Hills mixed in with the teen’s energetic performance.

Although of British heritage, Alexander James Rodriguez was actually born in Marbella, in Southern Spain. He lived there for the first few years of his life until he and his mother moved to Los Angeles. On moving to LA, Alexander quickly found an acting agent, and by age 6 he was signed to youth talent giant, CESD Talent Agency. He lives between the UK and LA, and sometimes Spain.

Since living in Los Angeles, Alexander has appeared in several feature-length films including the Golden-Globe winner and Academy-nominee ‘Missing Link’, along with Disney’s ‘Alice Through the Looking Glass’, ‘All-Stars’ starring John Goodman, and ‘Flock of Four’, set in 1959 Los Angeles. He has also appeared in various national TV commercials, print campaigns and TV Shows including Toyota Prius, LG, Hackett London, Britta, Intex, Little Tikes, Sketchers and for seven years Alexander has been the voice of Cardamon in the popular animation TV series ‘Bee & Puppycat’ soon to be on Netflix. At age 7 he joined his fellow actors in the Screen Actors Guild, a union for professional actors.

In March 2020, the world began to shut down. Unable to audition and book acting roles, Alexander turned to music. He partnered up with a record producer and wrote and recorded three original songs, ‘My Crew’, ‘Your Smile’ and ‘Up To You’. His debut single, ‘My Crew’, earnt the teenager the ‘Rising Star Award’ at the 2021 Hollywood Music in Media Awards on January 27, 2021.

At the top of this year, Alexander began releasing his next batch of records, ‘Doesn’t Matter To Me’, ‘We Are’ and ‘California’. He has been quoted saying that his song ‘California’ is by far his favorite and the one he has been championing the most.

Aside from acting and music, Alexander is a positive role model on all social media platforms. He partners with teen friendly brands, like popcorn and skateboards. He recently partnered with Ghost Longboards to become the brand’s newest Ghost Rider Ambassador, part of his dedication to support local brands and businesses.

Alexander James Rodriguez is a multi-talented actor, singer-songwriter and influencer who is literally just getting started. From London to LA, you can stay up to date on all things AJ via his Instagram: https://www.instagram.com/iamajrodriguez/ or YouTube Channel: https://www.youtube.com/c/alexanderjamesrodriguez

Young Dub D is the latest musical act that is taking over the global rap scenario: