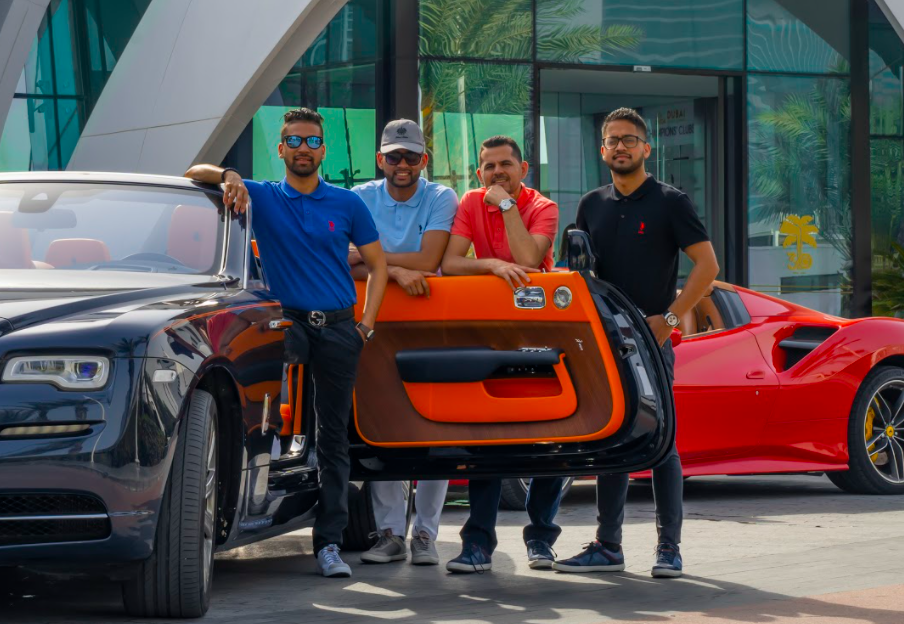 “The value of an idea lies in the using of it” – Thomas Alva Edison, Inventor

Moyn Islam and his brothers started a different business that set itself apart from others by being a trailblazing industry that is now a trend setter for many other companies in their field. Moyn wants to share his secret to success and tells us that he is excited to change the world and have an impact.

“I wanted to become someone; make a real difference in the world of entrepreneurship. That’s when I realized that for me to become this person, I needed to learn a lot and put myself in an environment that will stretch me to grow. I wanted to set an example that anyone could become someone if they cracked on two things – ‘WHY’ you needed to be someone and ‘HOW’ to do it. With the right attitude and passion, you’ll get there soon enough.”

Like every other trailblazer’s beginnings, Moyn faced setbacks just like any commoner taking up every odd job that exists. Let’s be honest; we’ve all been there and done that to take care of the necessities. Becoming an entrepreneur would have been a far-fetched thought for anyone at their 20-something, especially when you have no clue or the money or any sort of backup. But at 23, Moyn first realized that he’s needed to take a leap forward that would change his life for the better. Although nothing prepared him for the perils that awaited in the world of entrepreneurship, his heart was at the right place. Following his passion through every single hurdle, today, Moyn along with his brothers Monir Islam and Ehsaan B. Islam have successfully set up their dream venture called BE.

As CEO, Moyn leads more than 150 employees around the globe in his multiple business endeavors. In the year 2019, BE witnessed a 1500% growth, and the year 2020 has been monumental with 700% growth already during the COVID-19 pandemic. Unlike several businesses which were affected, BE proved that everything digital is what exactly people needed during such adverse times. The company aims to reach $100 million in the sale this year.

Moyn holds a strong belief system, ‘Success is not just about what you have done; it’s about what you inspire others to do‘. Today, BE is playing a key role in helping hundreds and thousands of people unleash their potential. The company is all about digital innovations that harness the power of Artificial Intelligence, which not only helps people from all walks of life to succeed but also better their lives in general. With its revolutionary concept of ‘Live & Learn’, BE has created an ecosystem that revolves around unique e-learning and travel platforms. Today, in times of uncertainty, we are looking to the future for a ray of hope and progress. Moyn, meanwhile, has spent every day of his professional life trying to make that progress a reality. He is a true visionary, and his ideals are spot-on; his priority is serving the customer with better technology and products. In his own words, ‘Digestion of Success is even more important than achieving it.‘

It will be interesting to see where this journey is going to take him. But one thing is given, his success story will inspire many more budding entrepreneurs around the world.

Related Topics:Moyn Islam
Up Next