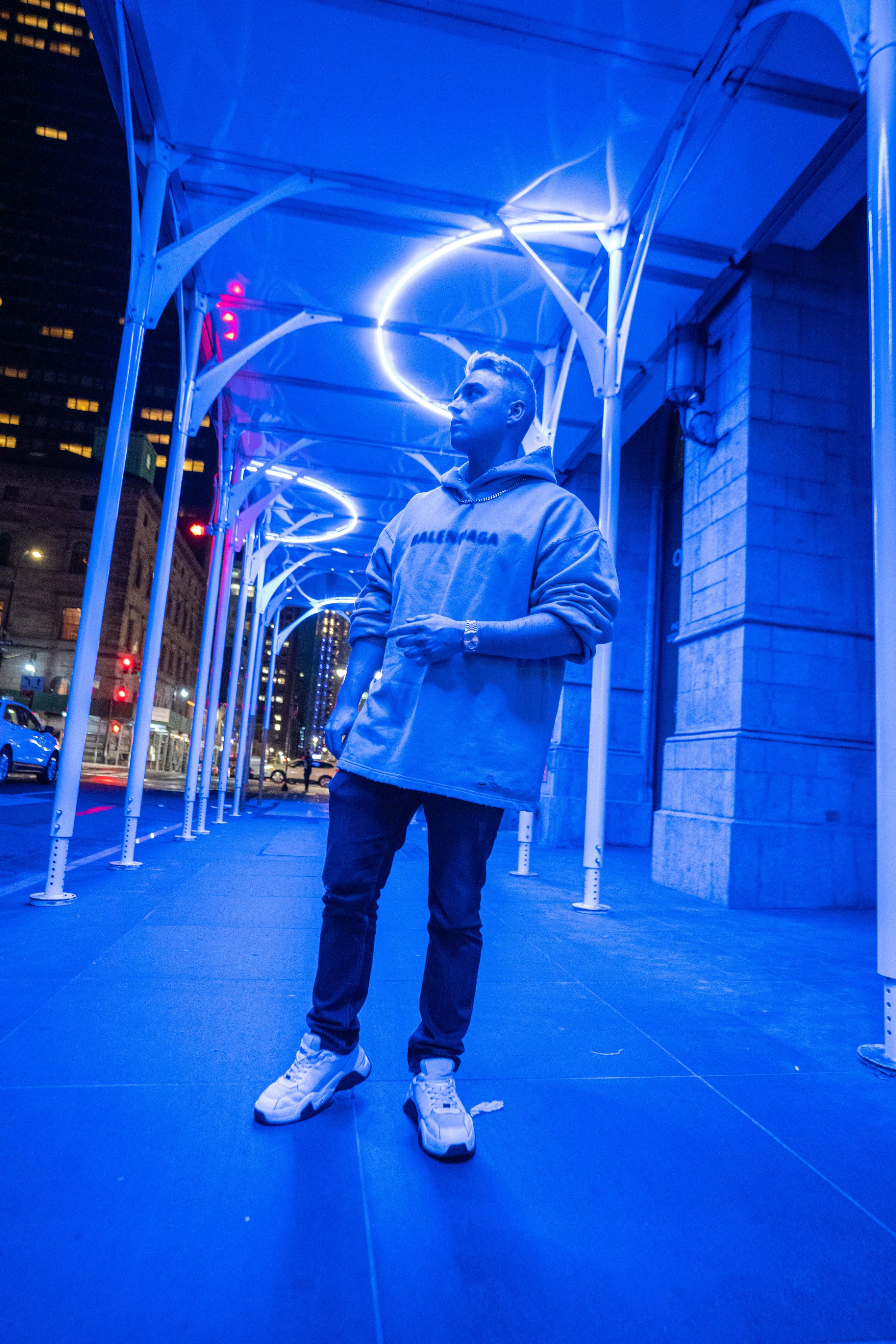 Born in Chicago to Romanian parents who had emigrated to America in pursuit of personal and professional freedom, George Jr. opened his heart up to faith at a young age. At 27-years-old today, just at the beginning of his burgeoning music and business career, George is a new kind of social media personality – one that presents an honest and open life, filled with rawness and faith, to his followers around the world. Exuding a lifestyle full of fun and growth while keeping the core message of what he does simple- Gratefulness to God.

George has graced the Voice, American Idol, and featured in many major projects, Zac Efron’s “We are your friends” being one of them. He has also executively produced albums overseas, with BBSO being the #1 album for weeks straight in Romania and beyond. He has even positioned himself in the commercial construction industry, and specifically in the Healthcare sector, where he is now managing Comfort Capital Daily. Comfort Capital is a healthcare investment group, managed by George and his business partner, Milo Brandt, who is also a European-born business mogul.

“I have a dream to do it all, and to do it all big,” said George. “But one thing has always – and will always remain constant to my heart: Jesus and serving the church. Being successful in this world is easy, but being successful in the world to come, through God’s eyes, is what I believe sets me apart. While so many public figures and performers today drift farther away from God than ever before, I want to be a new kind of musician and entrepreneur that puts God first.”

George believes that he can achieve it all and still humble oneself. He has been working in the greater music and business space for nearly one-decade now, stating that he still has so much more to learn. Still, George has accomplished amazing feats at such a young age, between producing and performing before 20,000 people in worship concerts, He has also brokered million-dollar-deals for his companies and banks, at the same time of developing his musical career and managing the most important things in life -like family.

“I believe in fusing all of my God-given talents together, hoping to create bigger and better entertainment with worship at the center of everything I do,” said George. “Music is an incredibly powerful way to connect with people around the world – it’s truly a universal language that has been bestowed to us from God. And money is just a God given tool to help catapult those things. There’s nothing wrong with striving for financial freedom and a life that can bless, inspire, and motivate people to want to do the same. I can’t wait to see all that God has in store for me in my lifetime.”

George is part of the BBSO Worship Band, which has garnered tens of millions of views across social media channels. The band has brought thousands of people into the light of Christianity and makes worship songs and sermons readily available to those wishing to view them.

Today, George is regarded as a top Christian worship singer, with countless songs available on YouTube in Romanian and English. He also recently purchased a new 30,000-square-foot healthcare building in Bend, Oregon where Comfort Capital will work to oversee and manage the property as an investment.

A Deep Dive with Celia Smith, Founder of Weekender Productions