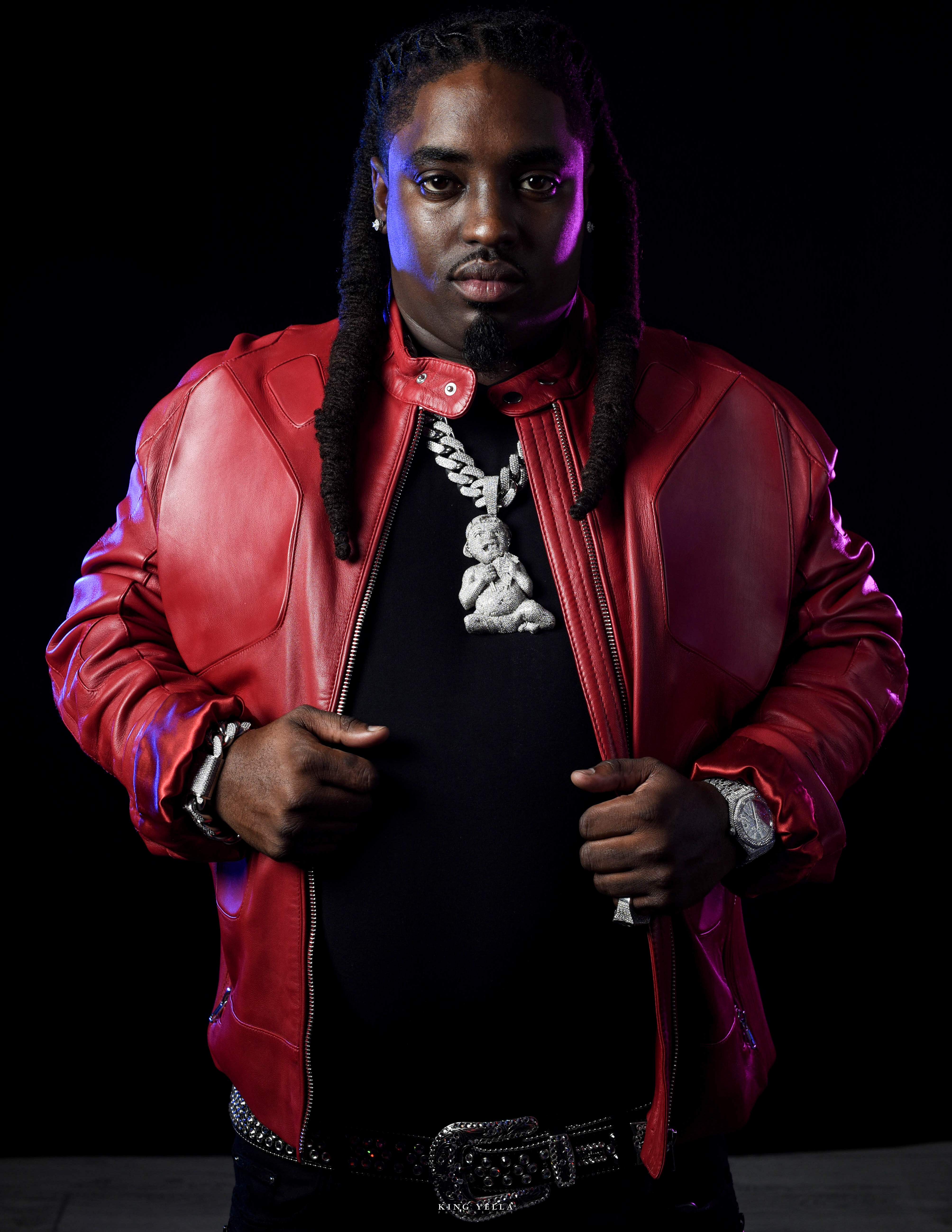 Hey Mudd Bughatti! How are you?

“I’m the oldest son. I come from a single-mother household. My dad was active in my life but he wasn’t in the home with us, which left me to be the man of the house and also looking after my younger brothers at a young age while my mom worked. I had to grow up fast for more than one reason. When my dad went to jail for a good period of time I had to really step up to help my mom and younger siblings and I also had my first child at 19 which meant there was no way I was going to let my daughter down. I had to man up fresh outta High School. I grew up in a rough area but growing up as a kid I didn’t know that I was living in poverty, because I had the latest clothes, shoes, and even though I was living in the projects it was nice inside our apartment my family knew how to make the best out of everything! “We made something out of nothing” which made me believe in my young mind that life was good compared to my surroundings and those who had it worse than I did, I couldn’t complain based on my surroundings at that time. It took for me to go to school in a more diverse area to realize that In reality, I didn’t have it as good as I was thinking. Being exposed to seeing that there was more to life than what I was used to motivated me to always make goals and never stop or be ok with just reaching my goals. I always aim to go beyond after I reach a goal, never be ok with settling. This taught me to always go harder to get more, always dream of the big, sky’s the limit.”

“I’m from East St. Louis, IL. My city is located about 4 hrs away. South of Chicago, IL and directly across from St. Louis, MO. The only thing that divides our neighboring city St. Louis is a bridge over the Mississippi River. My city is dead smack in the middle of two of the most known dangerous cities, my city itself is known as one of the most dangerous cities in America. When visiting other states and people ask “where are you from” if we say Illinois people automatically assume the Chicago area, if we say Missouri which is the closest known state to East St. Louis you have to explain that although Missouri is the closest state, East St. Louis is actually located in Illinois.”

“I started taking music seriously about 1 1/2 years ago. I’ve always been a fan of music and love listening to music. I’ve spent a lot of time being in the studio with artists but didn’t actually take myself seriously as an artist until about 1.5 years ago.”

“I have a lot of close friends who are really good and talented artists, I always supported them in their dreams of becoming a rapper. I would spend so much time and investing what I could into them that one day they started telling me I should become the rapper because I had the swag. I’m a likable person and I’m popular on both sides of our area. On the Eastside (our side) and the St. Louis side, we figured if I can get the attention that could benefit us all they had no problem with me grabbing the attention that can later shine a light on them they know that it will pay off for us all eventually.”

“When people listen to my music I want them to, one, if they haven’t experienced anything that I speak about in my music they can visualize it. Two, I want people to realize that life isn’t easy and you have to have that willpower to never give up on having what’s meant for you but to also realize that doesn’t mean my blessings are meant for you just like your blessings aren’t meant for me but that doesn’t mean you have to hate on the next person for what they have or don’t have. Everyone should make the best out of or more out of their current situation while still living life to the fullest and having a good time while doing so. I want to inspire people to have a good time while here on earth and to live every day like it’s your last.”

“I have a club/strip club turnt up song coming out with Nelly and also a song called “Do The Dash” that is about fast cars.”

“The one thing I want the audience to know about me is, I came into this world fighting and I will continue to fight through everything that’s thrown my way. I’m determined and destined for greatness.”

Author Karan Bajaj is Preparing Kids for the Future of Tech