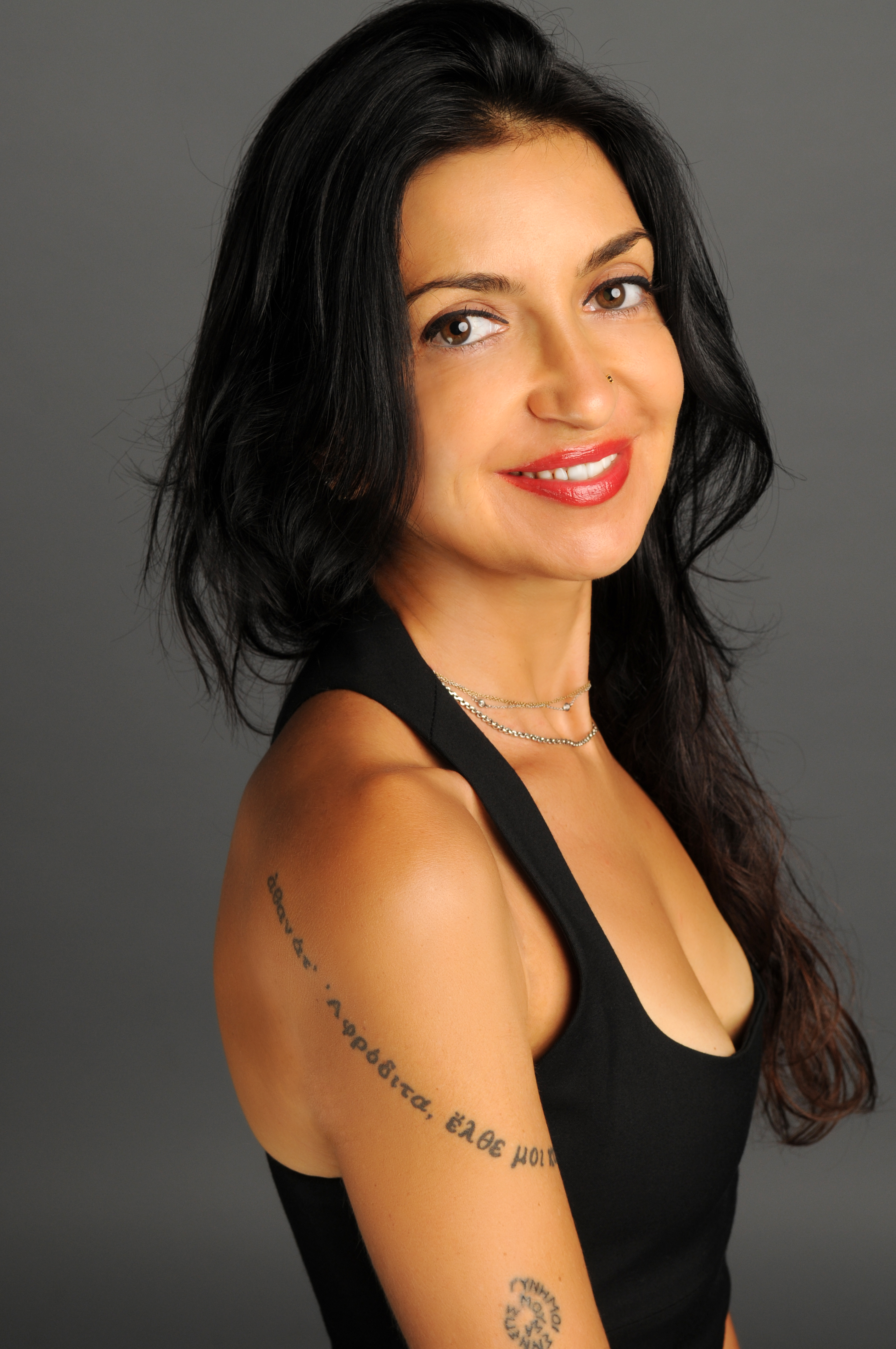 “We are in disruption mode,” says Eurydice often on her eponymous Eve Eurydice podcast. “We are in a moment so big we have no words for it.” Disrupt magazine asked Eurydice to discuss what she calls “the Great Disruption.”

“We are at a cultural breaking point,” Eurydice explained. “We stand ready for revelation. Humanity is quaking, experiencing physical manifestations of cultural evolution. Cultural evolution is faster than biological evolution, so we feel it as a shock to the system, a reckoning with the past, a crack in the machine whose cogs we are. This is how societies evolve.”

Born on Lesbos, Greece, Eurydice is the author of Satyricon USA: Journey Across the New Sexual Frontier (Scribner), f/32: The Second Coming (Virago Press). Eurydice has worked as investigative reporter for Spin magazine and professor of Literary Arts at Brown University. She is the founder of Art Against All and of Universal Mother Income.

Eurydice said she uses “language, written and oral, as an operational programming update that can unteach patriarchal conditioning and promote social change. I use language to recast the alchemical power of logos which is tasked with melting humanity into oneness.”

To this purpose, Eurydice launched her podcast in solidarity with the #metoo movement which came to prominence in 2017 with the New York Times exposé of Harvey Weinstein. Her Miami-based radio show, Speak Sex with Eve, celebrated the rising feminine and conscious consent. Eurydice called on listeners to “rewrite our interpersonal narratives, free from past social conditioning, so we rise out of our clichés.” Eurydice emphasized speaking sex, aiming to make conscious what was once viewed as unconscious expression of our animal selves.

Eurydice used her interviews as field research for a book by the same title. The show grew into a popular cultural phenomenon, especially after the Covid-19 pandemic kept people home in 2020. Eurydice and her guests offered free, practical education for sociosexual inclusion and connected listeners around the globe to embodied healing practices that helped them find balance between culture and nature in a time of crisis.

As her listening base expanded, Eurydice heard her listeners’ disenchantment with feminism’s indifference and found that the word “sex” put off speakers otherwise eager to come on her show. Frustrated by the lack of a practical solution for mass change, Eurydice felt called to shed light on emerging emergencies such as the January 6th riot, Russia’s war in Europe, the end of Roe v. Wade. In 2022, she changed the name and focus of her podcast.

“Massive chaos was set forward with the suicidal shock that was WWI and WWII, which climaxed with the detonation of nuclear bombs, when people lost trust in strongmen authority figures and lost faith in sacrosanct centralized systems of national logos, law, justice. As industry replaced agriculture, previously domesticated women became valuable workers, so concessions were made for them to join the global workplace. Science replaced religion. Truth became opinion. The only way out of these arbitrary equivalencies is to build novel systems that everyone can trust anew.”

Expert Auto Leasing: Get Your Dream Vehicle at an Affordable Price