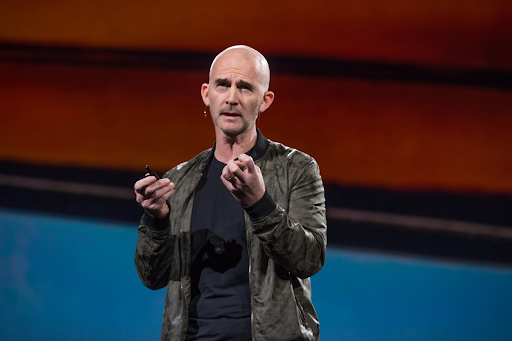 In the dynamic and unpredictable world that we work, even the most carefully thought of brand products and strategies can fail. Enter the decade of the designer, where world class designers could become some of the most sought out workers in all industries around the world. But despite this growing demand, it wasn’t always this way. The world-renowned design leader James Sommerville witnessed this firsthand.

As a teenager in the 1980s, James recalls telling his parents that he wanted to be a designer, “I would have had a better reaction, if I had said I wanted to be a Rockstar”, but but the with high unemployment rate in the United Kingdom, he decided to study typography and graphics at a renowned UK design school in Yorkshire, England. After 4 years studying, he still wasn’t able to find a job but he had an idea to make things work for him.

James decided that the only way to work around this difficult period for young people was by starting a business. He contacted The Prince’s Trust charity in London and applied for a start-up grant where he received £2,000 seed funding to start a graphic design company.

With a partner, they launched their design agency in Jamesʼs grandmaʼs attic bedroom in Huddersfield, West Yorkshire, the UK in 1986 and their first project had a budget of £50 sterling. The design agency was called “ATTIK.”

Over 25 years, ATTIK grew to have a staff of more than 250 and offices in Leeds, London, New York, San Francisco, Los Angeles, and Sydney. By 2007, James sold ATTIK to Dentsu Advertising in Japan and remained with the company until 2013 in a leading global creative leadership role.

But that was only the beginning of James’s career. For over 35 years, he has worked with hundreds of clients and brands of which many are global and iconic leaders in their respective sectors, from Nike, to Playstation, Heineken to Coca-Cola. James also supported and mentored many startups along the way.

“Today, I don’t sell design as just an aesthetic,” he said. “I build design driven cultures and that doesn’t appear on a shelf in a supermarket, or a car showroom.”

James has tirelessly given his time to pushing the creative industry his entire career and promoted his roots of British design and creativity all across the world as a keynote speaker, or an educator.

He has recently redefined the brand language and visual identity of one of the world’s most iconic automotive brands, Ford Motor Company, which will shortly see a driving change from their Dearborn World Headquarters but executed on a global scale.

Design For Anyone, From Anywhere

In a 2018 pre-COVID, James decided the future of the creative industry should be on-demand and distributed and founded a platform where designers from all over the world could come together, collaborate virtually and reinvent the traditional creative agency. James said “I’m not a tech guy, I had no playbook in 2018 but I knew it was the model of the future, so I called it KnownUnknown”, where today thousands of the world’s best designers from all over the world join together as one network.

“KnownUnknown will be the destination for all designers in the world to hire, share, collaborate and learn from each other. We are driving to have five million members in the next three years,” James said.

Here, users can experience various activities such as mentoring and coaching, collaborations, talks, and more where they can experience professional growth through a new model that promotes camaraderie while upholding the craft, defining the true value of design, even a 1:1 portfolio review with James for the next generation of young rockstar designers.

More Than 4%: Why One Midwest Grandma, Sandy Scherff, Fights for Funding