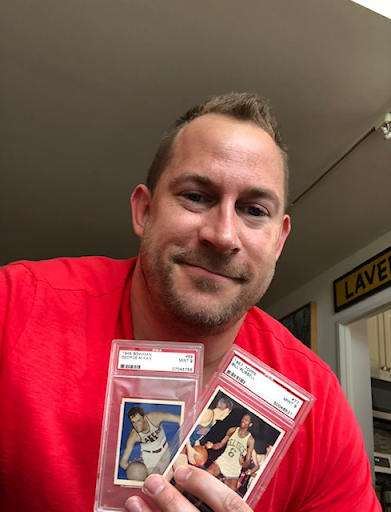 Sports cards hold a certain level of value to each person. To a kid, it’s a source of joy as they have a new item that bears an image of their favorite players. To older people, it reminds them of some of the great names in sports history and the stories that go along with them.

But to Jason Koonce, sports cards became significantly more valuable after he realized their money making potential. Now, he has a thriving business where he does six to seven figures in sales weekly. He has also had the opportunity to work with celebrities and other prominent figures.

A Timeline Of His Success

From a rather early age, Jason bought and traded sports cards like most other children. As he got older, he realized there was a potential to make a living from buying and selling sports cards, which he continues to do today.

“Once I discovered sports card shows, I quickly developed buying and selling cards as a side hustle, which eventually turned into a business,” he said.

During his late teens, his business became very profitable and allowed him to rub elbows with some top agents and athletes. It was these connections that enabled him to expand his business as well as attend public and private signings with athletes.

He later started OTIA Sports to formalize the industry presence he had already established. And as the industry continues to evolve, so does his business.

“When I started, I was going to the post office every day after school, sending exact change in the mail for cards and hoping I didnʼt get scammed.  Now with the internet and online sales, transactions have become a lot easier and I can do a lot more quantity.  In addition to buying and selling, I have really worked on expanding my social media presence and educating collectors as best I can to help them use cards as an investment opportunity,” Jason said.

Even though the industry has changed greatly in the last five years, Jason is excited to see the developments in the next five years.

One of the things that he would love to see is an increase in the number of collectors in the hobby.  More and more people are starting to  realize the value of sports memorabilia and starting to invest their money in them instead of the stock market.

“I would like to continue helping people make smart decisions on not just who they invest in, but also in having fun with their investments rather than just dumping their money into something and never looking at it, hoping it will go up. The industry is, after all, a lot of fun too!” Jason said.