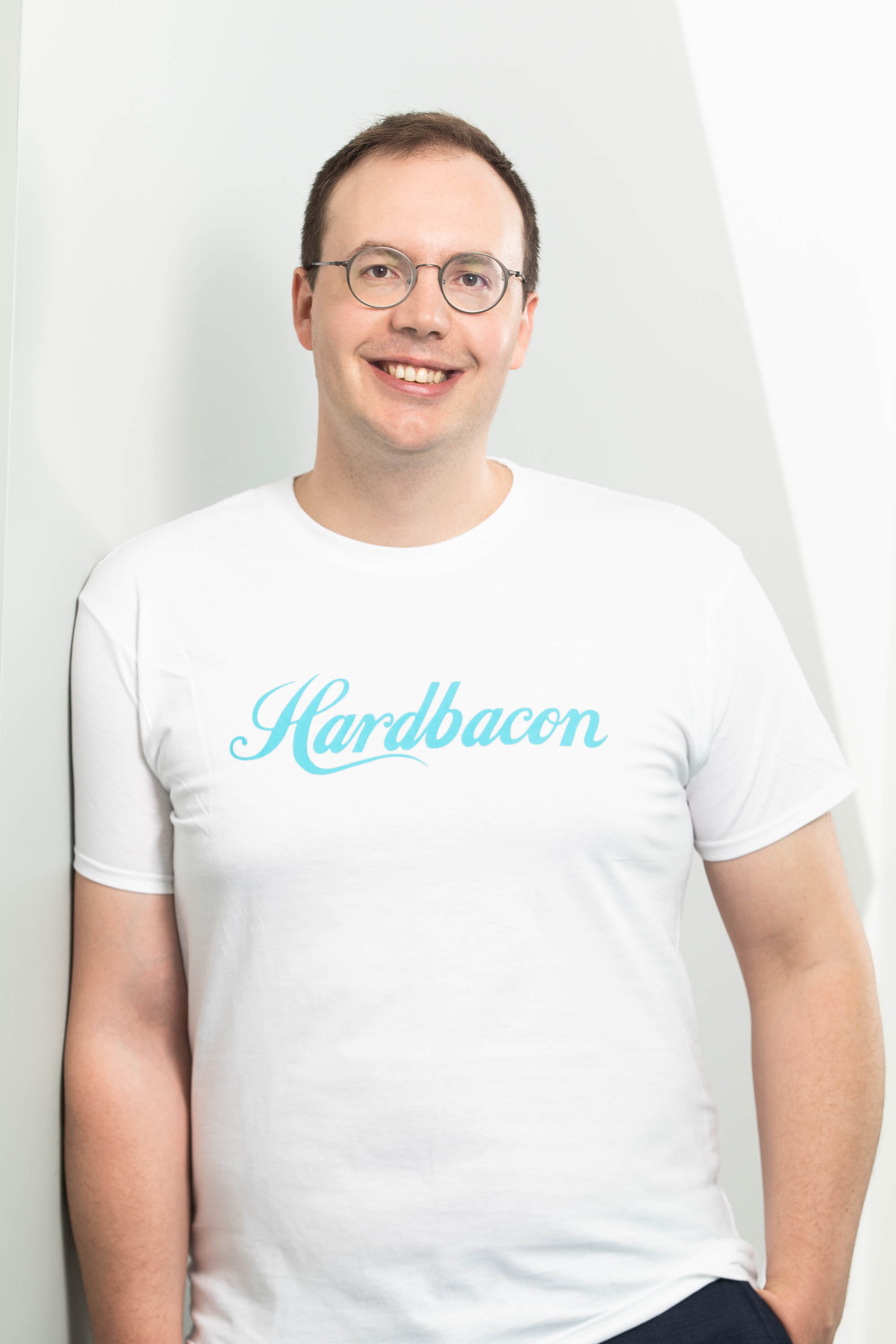 The Founder’s Story interview started as an audio interview and now has been listened to 7million times! We interview incredible entrepreneurs who are thought leaders within their industry. In today’s publication, we interviewed Julien Brault, the co-founder of Hardbacon.

Julien has an incredible story and is truly making a name for himself in the fintech industry. He has a passion for helping others and it shows. Let’s dive deeper and read his interview:

I grew up in Montreal, where I was raised by a single mother. As a result, we were poor most of my childhood, but I was not lacking anything important. My mother, despite not earning much working in retail, would always have money for books. She was telling me books were an investment in knowledge, and that nobody could take that away. I think my obsession with finance came from the belief that if I understood everything there is to know about the financial system, I could prosper in life and not have to worry about paying my rent on time.

I started my first business at 17. It was a placemat on which I was printing ads as well as small articles and games. It was distributed at 50,000 copies in the neighborhood’s restaurants. I did not have a car or a driving license, so I was distributing all the placemats by foot, selling the ads, writing the content, etc. Then I started a non-fiction publishing house because I wanted to do more than publish placemats. I sold this publishing house at 25. After that, I become a business reporter, which was a convenient occupation for someone who wanted to understand everything he could about finance. I would spend my day researching subjects, interviewing domain experts, and writing about it. It’s then that I became obsessed with leveling the playing field for self-directed investors, who did not have a Bloomberg Terminal like I had one at the newspaper I was working for. While Hardbacon was initially founded as a portfolio analysis app for retail investors, it quickly become a personal finance app for all Canadians, now reaching more than 150 000 unique users per month.

That nothing is impossible, and that you should NEVER give up.