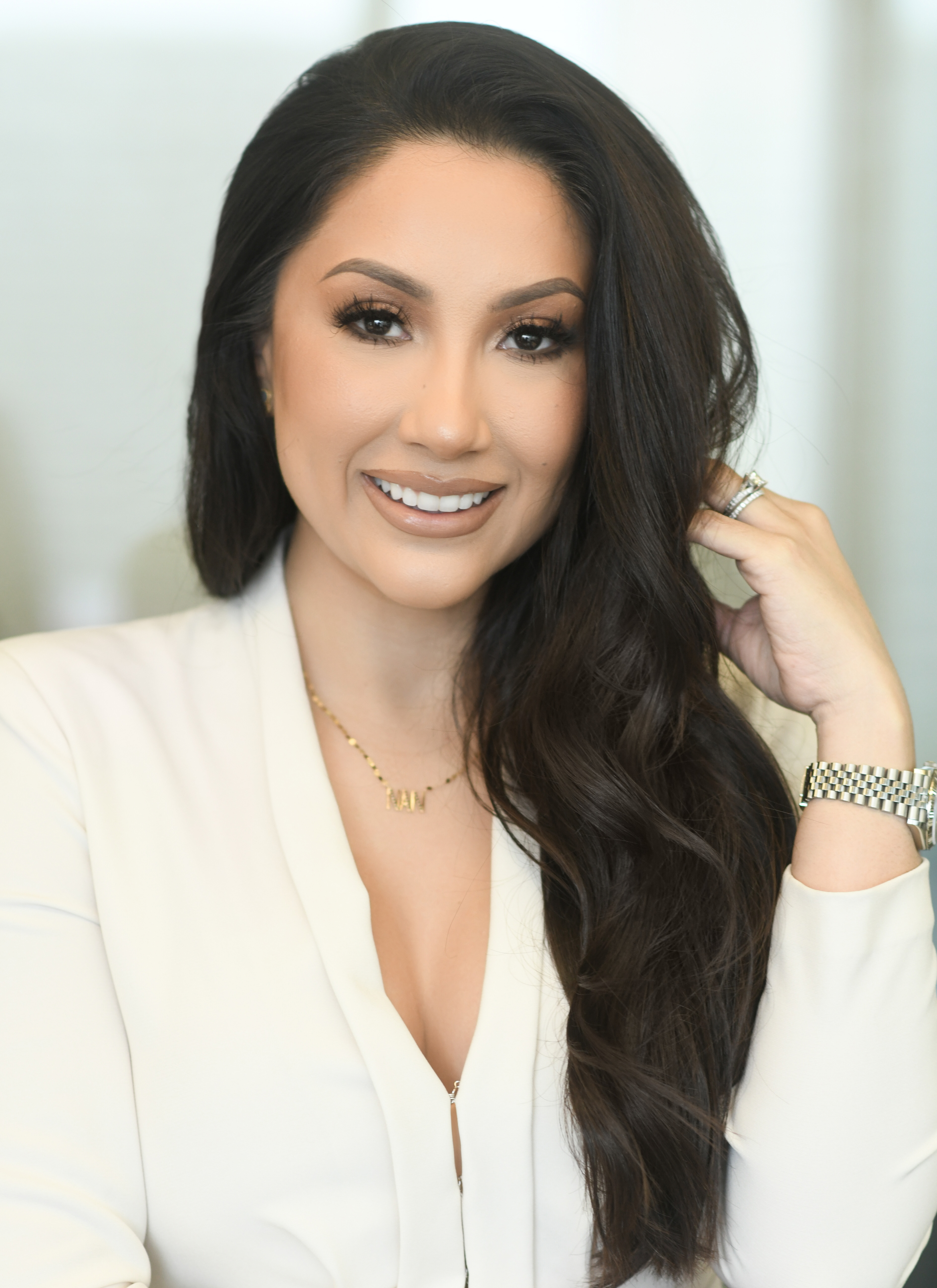 It comes as no surprise that Nancy Almodovar, the CEO and founder of Nan and Company Properties, is one of Houston’s top luxury realtors. With an already established influential platform recognized by her local community, she is a trendsetter for others in real estate. Whether incorporating an engaging and active digital footprint to promote innovation, or using the appeal of lifestyle branding within selling, Almodovar is revolutionizing the industry through unconventional strategies not practiced by the typical, corporate real estate firm. As predicted, keeping up with the times while maintaining her professional image as a personal brand and the face of her company is indeed paying off.

Her entrepreneurship and determination are grounded in her upbringing. Before Almodovar became the influential Latina entrepreneur she is today, she grew up in a working-class family with their own thriving story. As a child, Almodovar’s father worked as a painter while her mother was a stay-at-home mom. Her family resided in a one-bedroom apartment, but through their hard work, she was able to witness her parents rise to success from moving out of that apartment to a bigger house. At the age of 14, she found herself developing her own entrepreneurial skills and an understanding of the value of hard work when she encouraged her father to start charging more for his labor at a fair price. Her father was soon able to expand his painting business into a construction company, and both her parents together launched their own prosperous supermarket chain.

Almodovar’s childhood encouraged her to strive for success within her now burgeoning career. After graduating college, she entered the intense world of real estate. After interviewing with the top three firms in Houston, she quickly realized how opposed they were to innovation when she brought her ideas of incorporating social media promotion into business, but was immediately turned down. She describes all three companies as very “cookie-cutter,” lacking diversity in both their workforce and their business strategies. Although Almodovar felt dejected, she realized that if she wanted to see her ideas played out, she would have to be the one to make them a reality, and the thought of Nan and Company Properties came into fruition.

At the time, Almodovar pitched the idea of starting her own real estate firm to her husband, who was nothing but supportive. Although she only had limited funding, she set up her first office right in her kitchen, officially launching her business in 2014. Within the first year, Almodovar reached $4 million in total sales, and with amazing progress, she made half a billion dollars into her second.

Nan and Company Properties’s prosperity still came at a cost where Almodovar found herself struggling initially to break into the exclusive luxury market. As a young Latina professional, she felt that she had to work twice as hard to prove her and her company’s capabilities. Nevertheless, the CEO has become a forceful powerhouse by simply ignoring the negative noise. She instead focuses on maintaining a strong, positive mindset that reminds her why she does the amazing things that she does for her agency, her team, and her family. Now a game-changer within her industry, Almodovar ensures to lead by example for her team where the majority are women.

She’s already a role model for women in real estate, but the CEO hopes to become a figure of inspiration for minority women all over the US. Almodovar’s self-made story is not only uplifting, but it’s also relatable. While she is career-driven, she also heavily values family and being a hands-on mother. She tries to include her children in everything she does to help them learn more about her career, build their curiosity, and understand why mom does what she does.

Within her career, Almodovar continues to reach milestones and prioritizes transforming the way she sells homes. She is already recognized as one of Houston’s top realtors through her many accolades, one being the No. 1 Real Estate Agent in Luxury awarded by Houston Business Journal. Recently, she was one of the first Latinos to sell a luxury property within the prestigious community of River Oaks, Texas, a residential area often serviced by realtors coming from families who have worked there for years. Milestones such as these are one of many ways Almodovar is commanding a seat at the table for herself in an industry where it’s all about having the right connections.

Nan and Company Properties determination to constantly innovate and sell homes differently makes the firm stand out. Almodovar herself continues to disrupt the status quo by taking risks of being the first in the market to try something — such as being the one to start a trend within Houston to film homes in aesthetically pleasing ways to truly sell the allure and lifestyle of owning a luxury property. Now, she is on the path to becoming one of the first realtors within her community to be a crypto-certified broker and to start the process of accepting cryptocurrency as a form of payment for properties. Almodovar continues to challenge an industry where professionals are behind the times, but her method of integrating inventive strategies is her key to success.

Related Topics:EntrepreneurFeaturedwomen who disrupt
Up Next

Absorber is a Professional Gamer Wowing The Community