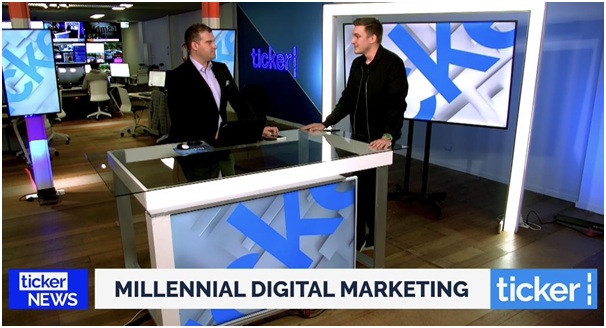 Despite the potential importance of maintaining a positive business mindset, many people go long periods without giving it any thought. It may not seem so obvious how crucial it is to have the right mindset at work until you realize how much your mindset can affect your business success, which in turn affects your productivity and creativity. Successful business owners and entrepreneurs like Lucas Cook increasingly attribute their achievements to the mindset they cultivated.

According to Lucas Cook, the mindset is essential. Your mindset is everything. If your mindset is not strong, you will not last the long haul. Lucas Cook is a 22-year-old entrepreneur and the founder of Co Media. At the young age of sixteen, with no background in marketing, Lucas launched his company from his childhood bedroom. Co Media is an Australian-based digital marketing agency. The Melbourne-based firm specializes in digital marketing to boost local enterprises. Nonetheless, life wasn’t always rosy for Lucas. He first tried his hand at company management at the tender age of fourteen when he opened a clothing store.

The clever young man bought twenty T-shirts for $10 apiece with his entire savings of $200. He screen-printed a design onto the front, sold them for $600 and made a clean profit. His enterprise flourished, and he soon raked in $100,000 in annual revenue. Everything was going smoothly until he got a letter from a trademark attorney ordering him to change the name of his company. A man of Lucas’ modest means was forced to swallow his pride and move on.

After the company failed, Lucas reevaluated his goals in the working world. He realized he had a natural talent for sales and marketing. In the realm of online networking, Lucas discovered his calling. He started making cold calls to local businesses from his dorm room, promising to help them increase sales and exposure through social media. “Marketing, if done right, can increase revenue, brand awareness, and the clientele is a given,” Lucas argued. Because of his “all or nothing” mindset, Lucas was determined to make his business a success no matter what. Once things got going for him, things improved quickly. Lucas was undeterred by the several nos he got.

His advice for those trying to start their own business is to believe in what you are selling, deliver on what you say you will, and prioritize retention over sales. This attribute is exactly what makes his company stand out. He went further to say, “If you have a business idea, try it. Try something new and exciting. It doesn’t matter how old you are. Don’t be afraid to start a business doing something you’re passionate about and to fail at first. Even if you fail, you’ll still gain significant experience.” In his opinion, they have two options: go all out or not try at all.

Lucas does not let setbacks discourage him from pursuing his goals. Even in high school, when he struggled in the classroom, he excelled on the basketball court. A knee injury, however, put a stop to his promising career. Unfortunately, his options were limited, and he decided to seek a new hobby. “You could say my back was against the wall,” Lucas reflected, explaining why he had to begin working on an alternative immediately.

Lucas no longer needs to make cold calls to find new customers. He has made a reputable name for himself in the industry and now, customers actively seek him out. He has hired over twenty workers, and they’ve already generated over millions in revenue. He recommends that other young people interested in business give it a shot. There are a lot of young people who are too afraid to try something new for fear of failing. You only get one shot at making your ambitions come true, so don’t let anything or anyone stand in your way.

“You should start a business doing what you love if you have one. And if, at first, you fail, a lesson will be learned. What is the worst that can happen?” Lucas advised. He is on Instagram as @lucascook. Follow him for more inspiration. And business tips. Thank you very much.

Adel Serhal, The Ukrainian Model and Actor Making His Place In The Entertainment Industry