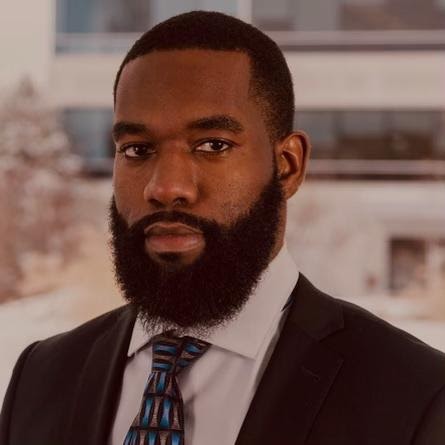 Soccer is a sport enjoyed by many all around the world. It allows people from all over the world to connect through the thrill of the game. But for Jordan Cunningham, it became the ticket to his future as an investor.

Being Jamaican, soccer was his first sport. But when circumstances changed, he ended up playing American football. His soccer skills and elite footwork made the transition an easy task to tackle. Jordan became an All American Wide Receiver in high school which landed him over 40 full scholarships to  Division 1 college football programs. He then committed on National television (ESPN) to Vanderbilt University on signing day before transferring to UNC-Chapel Hill, the school Michael Jordan went to, and was admitted into the prestigious Kenan-Flagler Business School (Top 20 business school).

“These experiences and the network of influential and powerful people that I was able to genuinely connect with, landed me a job at Oracle where I met two co-workers that introduced me to trading and cryptocurrencies. If it weren’t for those experiences who knows exactly what I’d be up to now instead of trading in the financial market,” Jordan said.

Back in 2019, Jordan’s two co-workers introduced him to day trading and cryptocurrencies which led him to start his own business shortly after.

“I believe they noticed my analytical and strategic mindset and figured I’d do well trading and investing,” Jordan said.

Now, his business creates countless opportunities for both himself and many others around him as well.

“I aspire to inspire others and being able to build my brand continuously, is the motivation for many people, athletes, traders, etc., that look up to me. My brand has given me an even bigger voice in my community and I will continue to use it positively,” Jordan shared.

To become better at his business, Jordan continues to learn and grow from his experiences, including his mistakes. This is what he also advises those who want to take the same career path as him. However, this is also essential to many other career paths and life in general.

“Make mistakes as early as possible. What does that mean? Take reasonable risks early on in life while soaking up all the knowledge that you can to be better and grow mentally, spiritually, emotionally, and physically. Get out of your comfort zone as early as possible and learn how to be an effective communicator both verbally and in writing.

But aside from focusing on growing in various aspects of life, Jordan also knows that it’s vital to maintain good health and take breaks every now and then to avoid burning out.

“Health and wealth are broken down into various aspects of one’s life. Working out, nutrition, reading, and feeding your mind with knowledge, yoga, prayer, sleeping, and the list goes on and on. But at the end of the day, handling burnouts and adverse circumstances are all about knowing yourself and taking care of yourself. By doing those simple routine things consistently, that make a major impact on your day and your life overall, YOU WILL BE SUCCESSFUL,” he said.

A Defining Moment in His Life Made Justin Stewart Choose to Follow His Parents Into their Businesses. Here is His Story

A Crypto Version Of Fortnite Is Coming, Moving Gamers To The World Of Cryptocurrency