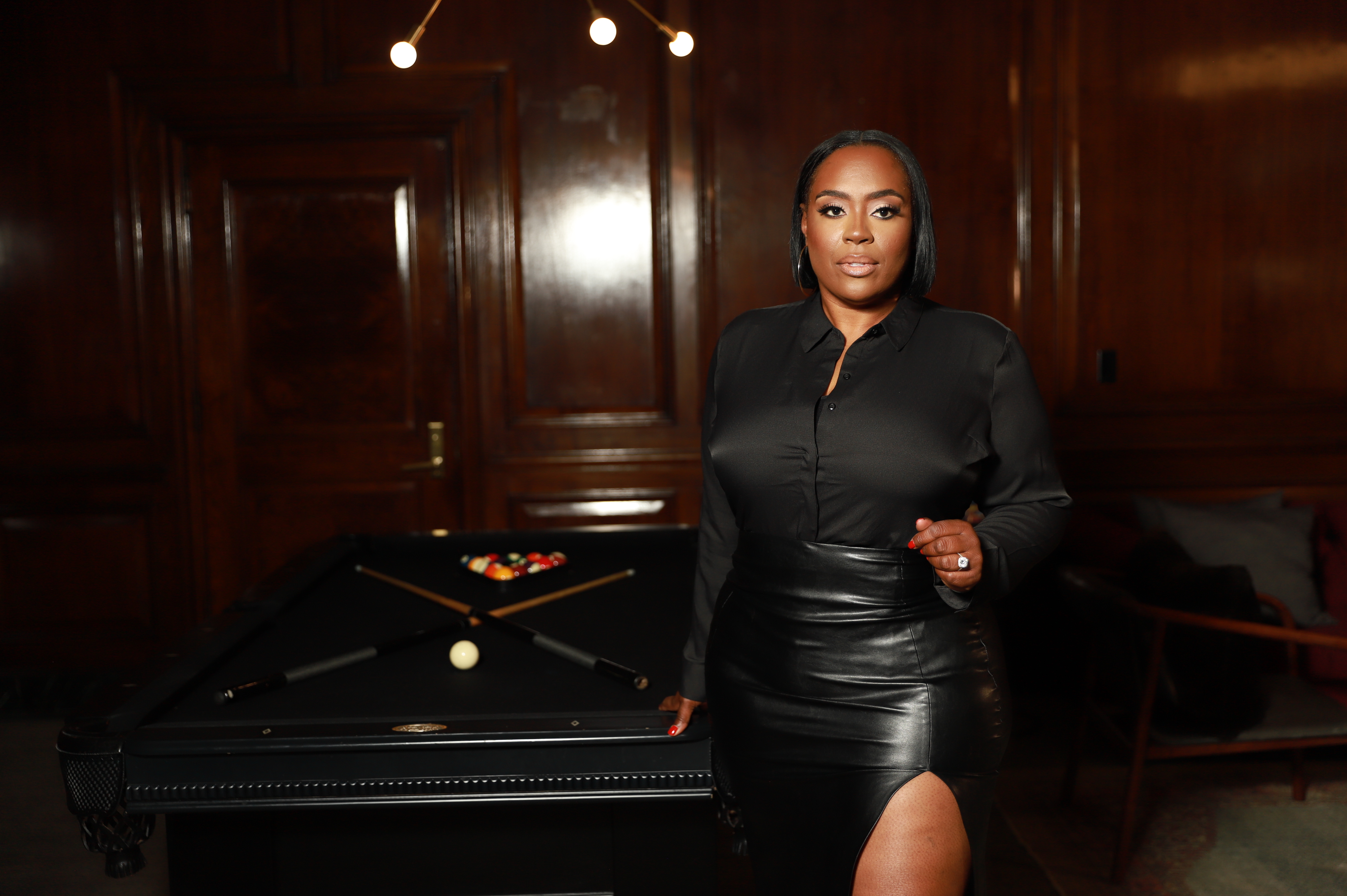 Mindsets are the sole distinction between the greatest achievers and average performers in life. As famous rapper and self-made business mogul, 50 Cent said in one of his many quotes, “People often say I have so much energy, that I never stop; but that’s what it takes to accomplish your goals.” No matter how many unfair hands life deals you in its twisted game, holding onto the bigger picture and constantly improving yourself will stack the cards in your favor.

A strong admirer of 50 Cent’s hustle and grit, self-made millionaire and renowned fashion entrepreneur, Ebony Swank never fails to acknowledge the similarities in her story and that of the iconic rapper.

“As 50 Cent said, people never see your failures,” says Swank. “They only see your wins. 50 Cent really inspires me. It’s almost as if we come from the same background, and even though I never sold drugs or anything like that, I can relate to him because he inspires through his written works.”

Swank grew up in Detroit, Michigan, and is not embarrassed to acknowledge the fact that she didn’t complete her high school education. Many youngsters in Detroit have the odds stacked against them from the start, with national statistics showing that the city has one of the highest dropout rates in the country.

For Swank, her story was never going to end in the trenches. She was determined to rise about the obvious impediments that attempted to define her.

Now the founder and CEO of Swank A Posh, a female-wear fashion brand that designs, creates, and supplies clothing accessories for curvy women, Swank seeks to inspire a generation of women and aspiring entrepreneurs by encouraging resilience against all odds.

Her dream wouldn’t have come to fruition as an eight-figure clothing brand if Swank had just swallowed her failures and moved on. She refused the basic life, rejected the average stuff, and has created an inspiring success story for female entrepreneurs seeking to find their places in the world.

The Loss of a Loved One

While her clothing business was still in its infancy, life dealt Swank an especially painful hand when her mother passed away in 2018. Stifled by the painful loss of her mother, Swank couldn’t muster the will to work anymore. Her business needed her to be at 100 percent capacity at that critical phase, but there was only so much she could do.

Heavy with grief and awash with a too-painful reality, she began to rely on her savings for survival and for a long while, she cut deep into her financial reserves and emotional wellbeing.

“I was literally living off my savings at the time,” Swank recalls. “I was doing just enough to get by at work but I wasn’t really pumping. And when I got down to about $5,000 to my name, the business went still. I knew I had to have a talk with God. I couldn’t just throw this all away. I had to get up.”

Swank went on her knees and resorted to prayer. She believed her faith would pull her out of a depression that was about to ruin everything she’d worked for. Faith propelled solid work, and Swank got back to restrategizing, building, and reclaiming what was rightfully hers.

Focus on Your Core Business

In collaboration with her loyal employees, Swank decided to devise a business program—entitled ‘How to make $25,000 a month’—that she sold with a modicum of success. The sales courses were aimed at igniting the entrepreneurial spirit but Swank quickly realized she was giving away too much of herself.

“The money was okay, but I disliked the customer service part of the whole setup,” Swank narrates. “We stopped that program a couple of years ago. And after that phase, I put 110% of my energy into Swank. And that’s when we were able to take off and start to build the business into millions of dollars in profit monthly.”

Another key turning point in Swank’s life was when she was approached with a million-dollar check to buy into her business. At the time, she was already earning 150K to 200K a month.

Despite the massive financial upgrade they could offer, Swank knew the angel investors didn’t understand the background behind her brand. It wasn’t just a clothing brand and she was not about to give up years of hard work to identify as a mere statistic, a “sold my business for one million dollars” kind of entrepreneur.

Swank A Posh tended to a cultural community and had roots deep in the Black woman’s struggle of finding denim wears suited to her body’s curves. It was backed by the overlooked travails of curvy women in selecting the perfect clothing, and Swank was glad she could run her business on her own terms, in line with its missions and dreams.

She rejected the offer because she knew they saw a potential in her business that she couldn’t see herself, and this realization spurred her onto new levels of growth almost overnight.

Joy and Happiness, Above All Else

Swank now runs an eight-figure business with two physical stores, an office, and a warehouse in Los Angeles. She remains committed to building a contagiously happy life for herself, her family, and her employees. Following her dream wedding to her heartthrob in July 2021, the mom of two now concedes that she doesn’t have to shoulder every responsibility by herself.

“In the earlier part of my career, I felt that I had to fight just to make it through,” Swank says. “I felt that pressure to survive and ensure everyone kept their jobs. Since getting married in July, my husband (law school graduate and real estate mogul) has helped me shoulder the load. It’s amazing how day-to-day difficulties seem much more bearable when you have that emotional and psychological support.”

Surrounded by the people she loved the most in the world, under the gleaming summer night stars, Swank recalls: “It was the first time that I really focused on myself and was able to do something for myself, for Ebony Swank.”

Swank’s story tells the tale of unfailing resilience in the face of many harsh realities. She is never reluctant to admit the mistakes that dot many points in her journey. However, in light of her success and growth in business, Swank believes these mistakes contributed greatly to her learning curve. With people who love and believe in you making up your support system, it doesn’t matter how many times you need to retreat and reboot to get it right. Remember, nobody sees your failures – your wins get all the love.

VUROSE – Designing jewellery based on Personality