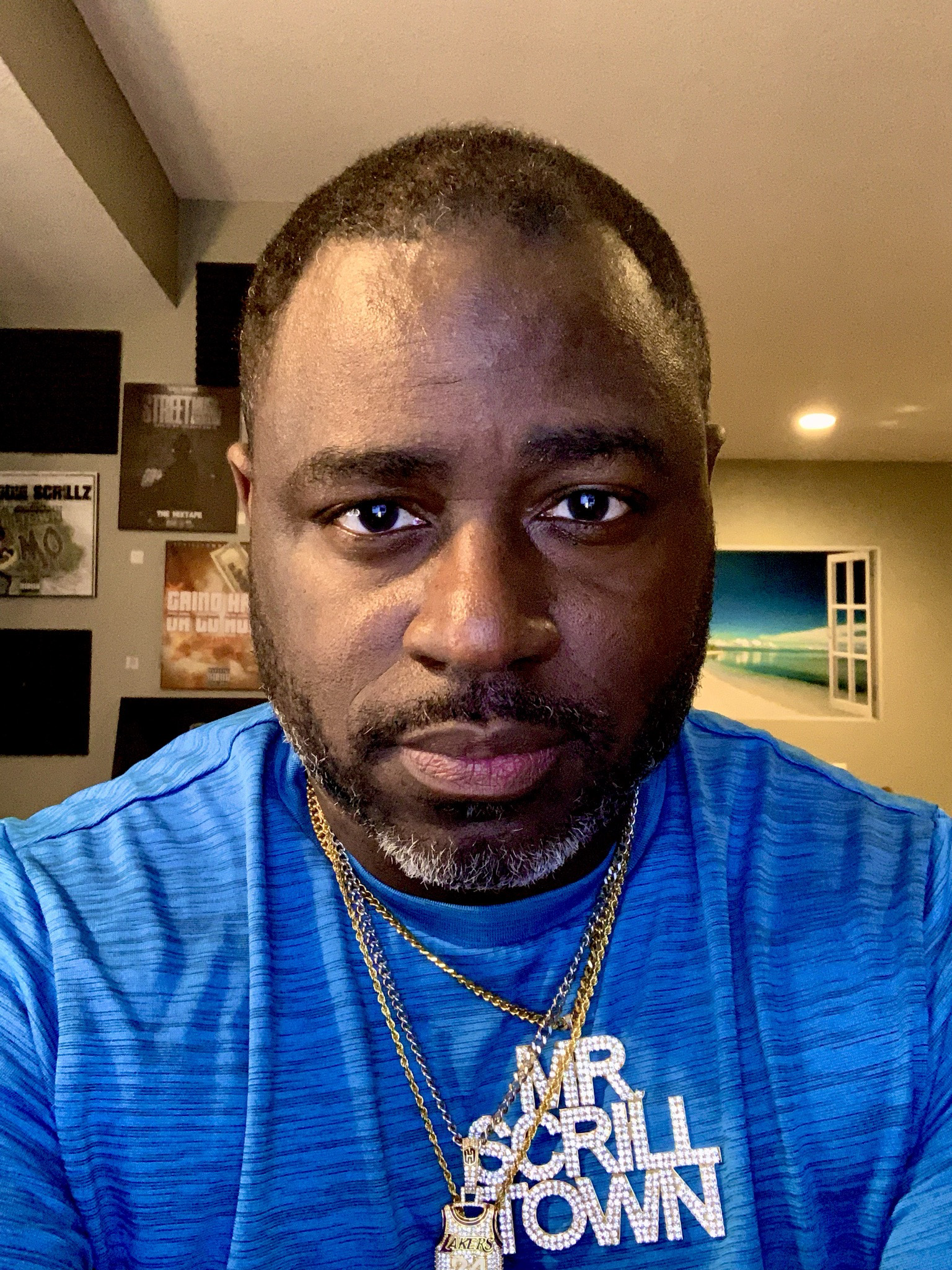 After a 15-year hiatus from music, ScrilltownMO is now climbing the ladder back to the top “one single at a time”. In 2020, he co-authored an Amazon #1 Best-Seller titled, “Yes I Can”, started his own signature clothing line and shoe company called Scrilltown Clothing Co & Apparel, and released over 7 different musical projects. He also managed to secure distribution deals with The Orchard (a division of Sony Music), Ingrooves (UMG), and Symphonic Distribution. In 2021, ScrilltownMO teamed up with Dogface Music and Amada Records for the “Red Devil” compilation project (which succeeded to hit #25 on the Top 25 Billboard Charts). In the last two and half years, ScrilltownMO has had a total of over 1 Million digital streams worldwide.  Since signing a label distribution deal (ScrilltownMO Music/Symphonic), He has surpassed 500,000 digital streams (with the re-release EP of “Street Music & Meditation”, and 11 other musical projects) and has also contributed to 6 music videos with over 200K views worldwide. ScrilltownMO has a successful videocast called “Welcome to Scrilltown Talk”, and also owns and operates a licensed internet radio station called “Scrilltown Radio” (on LIVE365). ScrilltownMO is the true definition of “grind, hustle, money motivation, and staying TRUE”.

So if you were to ask “what’s new for ScrilltownMO” this season, he would tell you; “making my brand- ScrilltownMO LLC into a one-stop-shop”. With ScrilltownMO Management & Consulting, ScrilltownMO Music/Publishing, Scrilltown Clothing Co & Apparel, Scrilltown Radio, and Welcome to Scrilltown Talk, “staying busy” is most definitely an understatement. Just since Christmas alone ScrilltownMO Music has released musical projects: “Grind Hard or Go Home” (the mixtape), “M-Strange” (self-titled), “City Boy Country Girl” (Griff Galexxzee), “You Do The Math” (Square Rootz), “Chivalry’s Back” (Pennhouse), “You Might Get Shot” (Music Video by Square Rootz), and “Hypnotized” (Becky Raisman)”, just to start off the winter season.

When he’s not dealing with the next new music project, designing the latest shoe, creating one of the 8 new mix shows on his radio station, or interviewing a celebrity or entertainer as a guest on his videocast, he’s managing some of the hottest up and coming musicians from all across the globe.

The multi-talented model, dancer, singer-songwriter extraordinaire “Daffie Doc” is by way of Paris, France and she is taking the world by storm with her energetic dance moves, beautiful voice, and trendy social media videos.

Sacramento’s own producer, singer-songwriter, rapper, and engineer “Exurt Beatz” is not only the man behind several hits from ScrilltownMO Music, but he’s also one-half of the lyrically driven hip-hop group “Square Rootz”.

Lastly, there’s the New Orleans born, St. Charles Parish raised trapper “Cee Glizzy BigSteppa”, who has his debut project on the way that features an all-star cast of Multi-Platinum and Award Winning beat makers and producers, along with some of the most popular, trending, and viral influential artists from across the worldwide web.

While given no reason to slow down now, ScrilltownMO is continuing to keep the momentum going with “music, fashion, and hustle.” Check out all of ScrilltownMO related brands, music, and entertainment on all media platforms, including TikTok, Facebook, and Instagram, where @scrilltownmobiz will have you laughing out loud with his weekly shorts and reels.