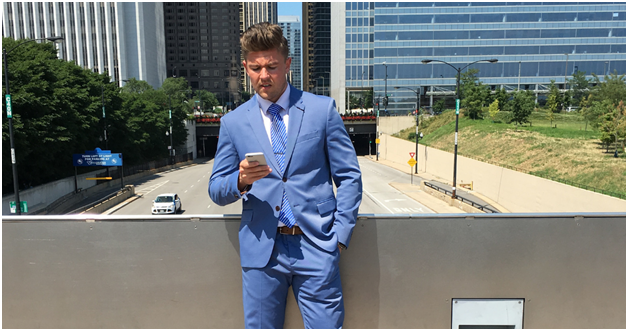 The thought of starting your own business seems fascinating, but the excitement only lasts till the time you don’t know the challenges involved. A venture is just like a dream that an individual creates and builds a strong foundation for it to last forever and climb heights. Creativity, innovation, obsession, passion, and perseverance are some qualities that are found in successful entrepreneurs like Filip Boksa, the CEO of BookingKoala, who gives his success credit to his software team for making constant improvements with the advancement of technology. Boksa is best known as the entrepreneur who wishes to make his company a unicorn without the support of outside investments.

Boksa started his first business, King of Maids with his friend at the age of 19. The company offers home cleaning services in Chicago that generated $5,000,000 in revenue in just 3 years for which the initial investment was just $6,000. Isn’t that a superb shot? Boksa’s entrepreneurial journey makes us realize that you just have to begin and be a risk-taker in life, as it is said higher the risk, higher the profits. It also means that it is not capital that is a must to start your business, but commitment is. Boksa also contributed to his father’s carpeting business for some time only to realize that it is not his passion. This is when he decided to take the plunge and start his business and create his own identity.

To make it a bootstrap initiative, Boksa himself performed all manual labour and had a time crunch as a student at Oakton community college back then. With proper time management, he was able to dedicate his time to his venture as well as his studies. Once his business took off, Boksa decided to drop out and become a full-time entrepreneur. This step by him shows that one needs to dedicate a few hours out of their busy schedules to make their dreams into a reality. “I still remember back to the first morning when I woke up to clients booking our services overnight. It was something special, and we figured out how to make money while we were asleep”, says the Polish entrepreneur.

In the process, Boksa has learnt all the intricacies that go behind running a business. He has managed every menial task of his company and is today at a stage where a majority of his tasks are taken care of by others so that he can focus on important matters. But this didn’t come easy to Boksa, it required him every ounce of effort and venturing out of his comfort zone to achieve great things in life.

Boksa advises aspiring entrepreneurs to think outside the box and be extremely creative. “It just goes to show you that if you keep on working hard, doors will open themselves up for you. I never thought of building something like BookingKoala, but when the opportunity opened up, I went for it”, says Boksa.