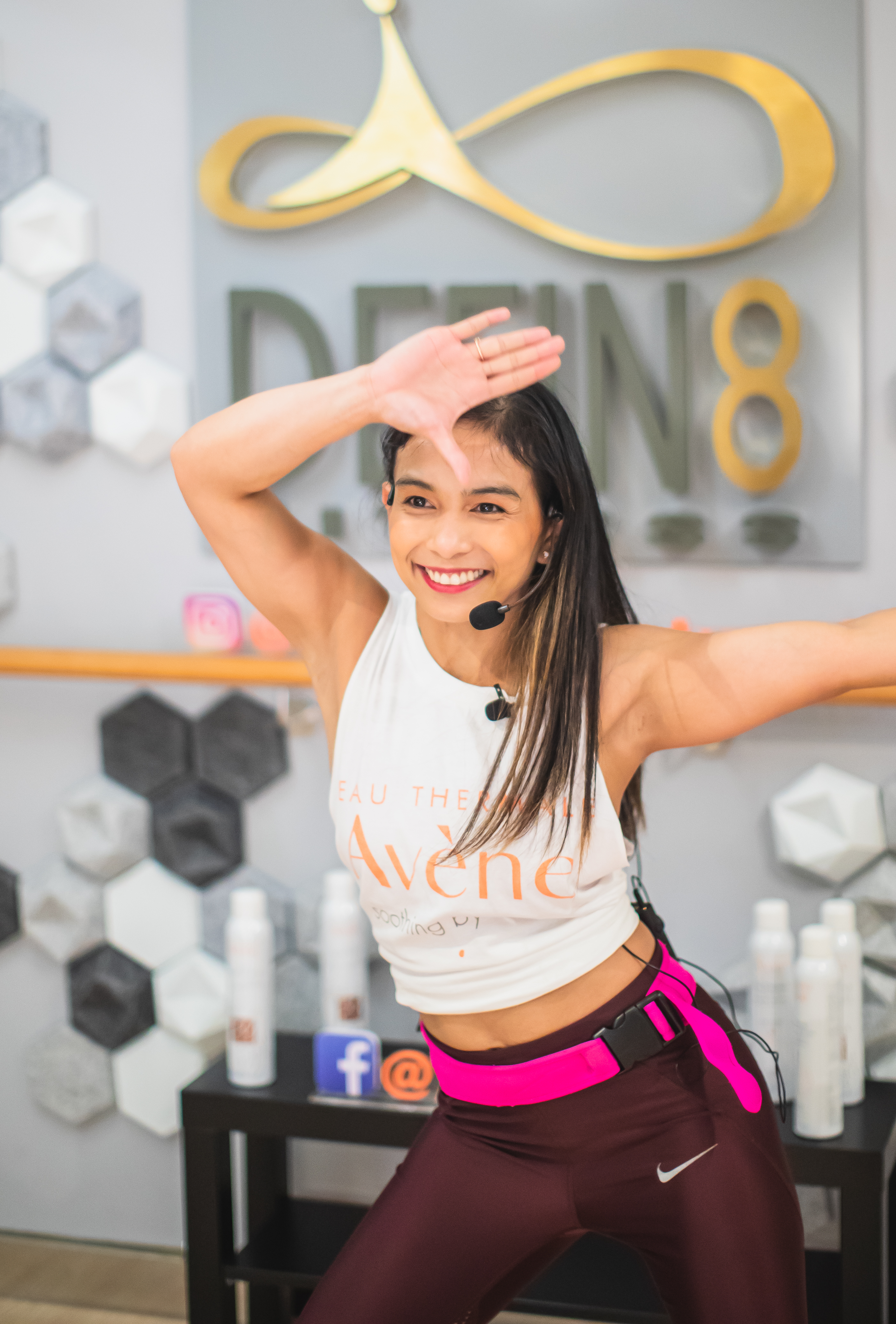 If there’s one thing Trixie Isla-Velez has learned in her career, it’s that no success worth having comes overnight. She’s come to realize that every single day she gets up and gives it all she has, serves her future self and her career. Trixie has over 13 years of experience in the fitness industry, and has risen the totem pole from an entry level fitness trainer to a studio owner and one of the best, most sought after trainers in all of Hong Kong.

After spending almost 4 years working for another studio, Trixie took a leap of faith and opened her own studio, Defin8 Fitness. In fact, because of how tremendous she was as a trainer at her old studio, many of the people that attended that studio followed her as she rented temporary locations to host classes.

By the time she was set to open a beautiful studio she could finally call home, there was a line at the door ready to take her classes. She had developed an incredible client base as a result of her impactful training methods, and her studio was off to a tremendous start as a result. Now, she runs a leading fitness and pilates studio in Hong Kong, is incredibly versatile and sought after, is sponsored by Nike, Nosh and MyProtein, and has more than 25 certifications.

Before she graduated college, she set a 10 year goal for herself to open her very own gym. While it seemed like a distant idea, she put action behind her words day in and day out for several years and made that goal a reality. It wouldn’t have been possible without her incredible work ethic and determination, and she wouldn’t trade her journey for anything. Now that she’s already been able to accomplish her long term goal she set for herself, she has her eyes set on the future and the next major goal of her career.

Trixie was often so caught up in the daily grind that she forgot to look up and realize how far she’d come, and that was detrimental to her at times. As a gym owner, trainer, and devoted and loving mother, she’s sometimes forgotten to take a step back and look around. Even though she’s still far from her ultimate goal, she’s found it important to remind herself of how far she’s come and how much progress she’s made. And one thing is for certain, Trixie has come an incredibly long way as a trainer and as a person so far in her career.