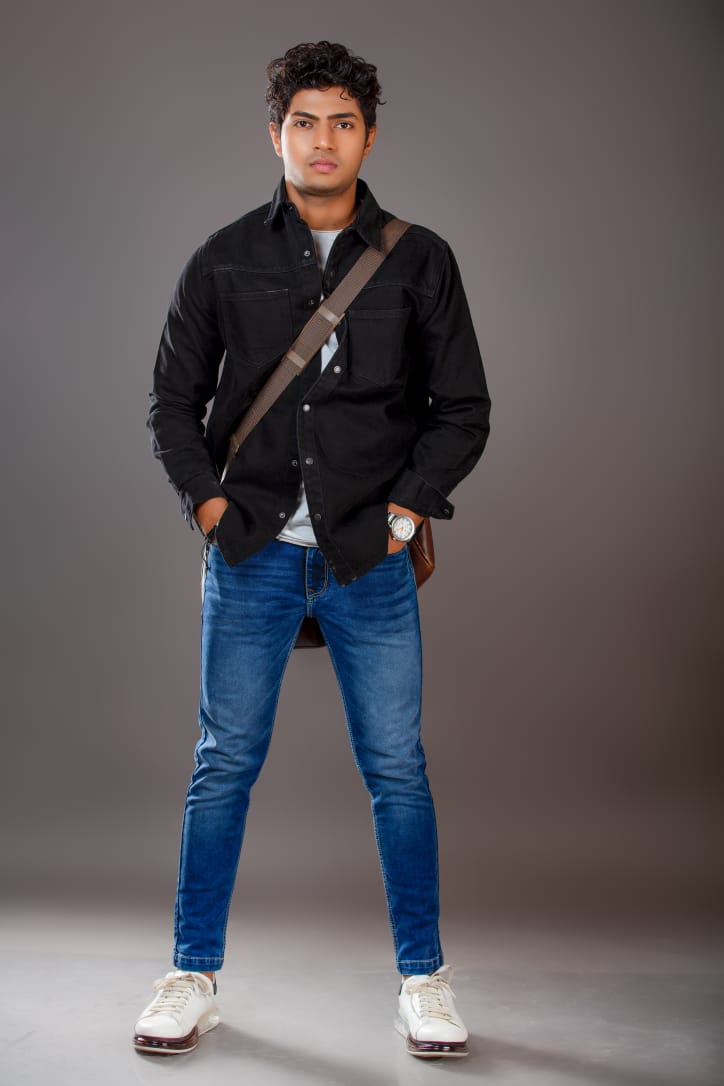 Everyday we come across different stories in our lives, how people deal with situations and how they make their own career with the help of proper understanding and proper analysis of life. However, what about those people whom luck has not favoured, are they not able to figure out their paths? How do they manage to reach such great Heights even after facing a lot of challenges, is demotivation not a part of them? Let us learn first hand from an actor who rose from his Ashes and is still striving to achieve more in the future.

Hritik Saini is a young aspiring actor who comes from a small town in the sub district of BulandShahr, Sikandrabad. Growing up, he had a lot of company along with him because they had around eight people in their house that includes his parents, his grandmother, and five of his siblings, for close brothers and a wonderful sister. With such a lot of company, one would expect a lot of support from their family members itself who are going to hype you up for every achievement you make and every risk you take in your life.

His father used to run the entire house through a small shop that is still functioning, but certainly Hritik Saini had different goals in his mind and these dreams were certainly not small. He wanted to become an actor, an inspirational figure for others to look up to, he was not going to settle for anything less than that. He has been fighting for his dreams from a very young age and he knew from then on that if he could not become an actor, all his passions and aspirations will be shattered in one go. Because of financial problems, he could not directly go to Mumbai which is the breeding ground for every actors, he instead did a detour and started to act in a Theatre in Delhi.

The journey was not so simple, Hritik Saini had to first start modelling and then slowly become a part of the Theatre as he was an established model by then. With a good reputation and a good amount of practise common control over his emotions an acting skills, he was prepared for Mumbai and therefore he advanced there too. Things came crashing down when the news started to flash with the new virus in town, and in a busy place like Mumbai it was spreading real fast, he had to come back home but this would not be the end of his acting career. It was at home that he started his career and he planned to pursue it no matter what, he would be back in Mumbai as soon as the pandemic situation is over and then again to Kerala. He could never look over his favourite actor whom he has always kept in his mind as a mentor- Vidyut Jamanwal.

Are you aware of Hritik Saini and his outstanding Theatre performances? Make sure you support this struggling actor and model in every possible way because he sure is going to become quite the hero in the future.

Shop to your heart’s content – An Exclusive Shopping Guide