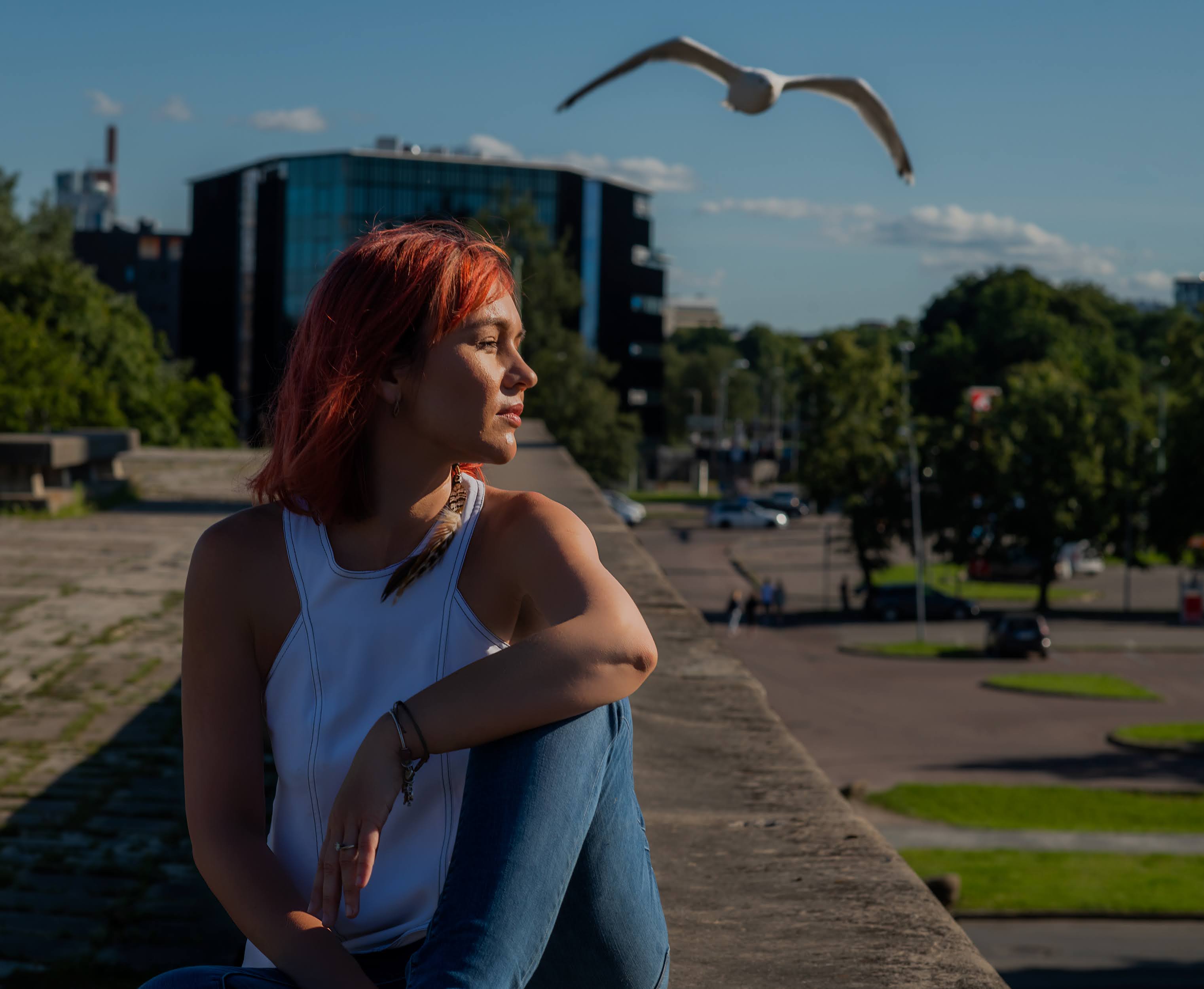 How Mindvalley co-founder Kristina Mand-Lakhiani gave up her life in the background to go down the rabbit hole and rise up as an inspiring motivational speaker.

After hitting 40, as most other women her age are settling firmly into their mum-jeans, Mindvalley co-founder Kristina Mand-Lakhiani realized that she had spent the last twenty years of her life hiding her truth. Today we will see how things folded for author and motivational public speaker Kristina during the following three years, and what we can learn from her experience of ripping up the rule book and starting over.

Birth – 40 – Successful, But Not Remarkable

In her own words, the first 40 years of Kristina’s life were nothing out of the ordinary. Growing up in a traditional family in the former Soviet Union and educated overseas, she bore a traditional Soviet mentality towards life. She was expected to work hard at her studies in school, go to University, have a ‘good’ (we will explore the meaning of good in this context a bit later) career, get married, and have children. Not much to ask, right? Oh, and one more thing – it needs to happen before the age of 30.

An ambitious perfectionist by nature, Kristina took this formula for ‘success’ and squeezed it for every single available drop of juice.

By 30, Kristina had been to University and co-founded world-renowned Mindvalley with her husband, with whom she had the first of their two children.

By 40, she had really ‘made it’ in the eyes of traditional society. Mindvalley was thriving. Kristina and her husband lived an Instagrammable lifestyle, full of luxurious travel, international business meetings, celebrity friends and teachers and lavish parties.

The Ever-Growing Fire Of Discontent

On the outside, everything seemed perfect. On the inside, however, something was burning.

This something was a growing feeling of discontent that had started as a mere ember sometime during her 30’s. This something was never more apparent than during parties when Kristina would be introduced as her husband’s wife, questioned about her children, and then abruptly left as the questioner moved on to their next conversation.

This kind of treatment cut Kristina at her core, and she became ever-increasingly frustrated at not being seen for the intelligent, passionate, driven, and successful woman that she was. Far more than the wife of her husband and mother of her children, Kristina was a highly successful and accomplished businesswoman in and of herself.

When the things you want and desire differ from society’s idea of what it takes to be happy, it can create a feeling of cognitive dissonance. Two conflicting paradigms simultaneously existing, side by side. For Kristina, she felt compelled by society to be everything – to be the perfect wife, a good mother, a successful businesswoman, to look good, to dress well… The list goes on. But she didn’t want to be all of these things. She just wanted to be herself.

Although she felt frustrated and resentful at forever being introduced as her husband’s wife, she knew that society would say that she should be proud of his success and happy for him.

Although she of course loved her children deeply and wanted the very best for them, she also loved her career. She loved it so much that sometimes – when she was on the other side of the globe at a business-related event – she would forget to call them.

Kristina felt increasingly ashamed and confused by the conflicting feelings she was experiencing towards her husband, her work, and her children. She had everything, and therefore had no right to be unhappy – did she?

Getting Out of Her Own Way

She came to the cold and stark realization that despite having ‘everything’, one very important thing was alluding her: happiness.

How to move towards happiness? She needed to get her biggest obstacle out of her way. This obstacle was herself. She needed to finally – aged 40 – wake up from society’s perfect delusion about how success should look – and figure out what she actually wanted for herself instead.

Although she was not quite clear on exactly what it was that would make her happy, she knew what was not making her happy. For Kristina, as for many people who go through this kind of major awakening – this was enough. It was time to stop living life in the background and move to center stage.

Even though she was scared and faced with a big unknown, Kristina took some drastic decisions and broke up with her white picket fence life.

The most intense periods of personal growth during our lives are often the most unsettling.

Knowing this, Kristina accepted that facing and living her truth might bring about some uncomfortable changes. She also accepted that she might have to face a different version of herself to the image of the perfect mother, wife, and woman that she had pretended to be for her entire life.

In the Summer of 2018, she closed the door on her office and went through conscious uncoupling from her husband. Realizing that she had the passion and a message to share, Kristina learned from the best and started speaking on stage inspiring audiences with her authenticity.

In another bold move, after 17 years spent living in Asia, Kristina moved back to her home country of Estonia.

Touching down in her country of birth, there was no warm, cozy, or enveloping feeling about being ‘back home’. Presented with an entirely different place to the one she had left 17 years ago, Kristina felt like a foreigner, out of her depth and struggling to navigate her new surroundings.

Despite this, armed with determination, grit and a great deal of inner resilience, Kristina walked forward. Even though she had left her perfectly predictable life and found herself immersed in chaos, there was no turning back.

Alone in the old-new country down the rabbit hole she went. It was a messy and confusing journey, but there are no shortcuts to any destinations worth visiting.

Fast forward to 2021 and Kristina endured the whole of last year – the year the world will never forget – as a newly single woman, working on her craft and message back in the city where she grew up.

Although this may have broken many people, she accepted that change often happens passively, by simply accepting life as it is. Firm in her understanding that deep healing often takes place in perfect moments of discontent, resentment, and regret, she stood firm in her decisions and allowed life to unfold around her.

Finding Her Passion as an Inspiring Public Speaker

Despite all the hardships and everything she gave up over the last three years, Kristina has become an inspiring motivational speaker who delivers a potent and moving message on global stages.

The deeper lesson in Kristina’s story? We are invited to closely examine and challenge the ideas and beliefs related to success presented to us by society. She urges everyone to re-examine their definition of true happiness in her 7 Days to Happiness Mini Course.  If you have ticked all of the necessary boxes but aren’t feeling happy or fulfilled, those ticks don’t mean much.