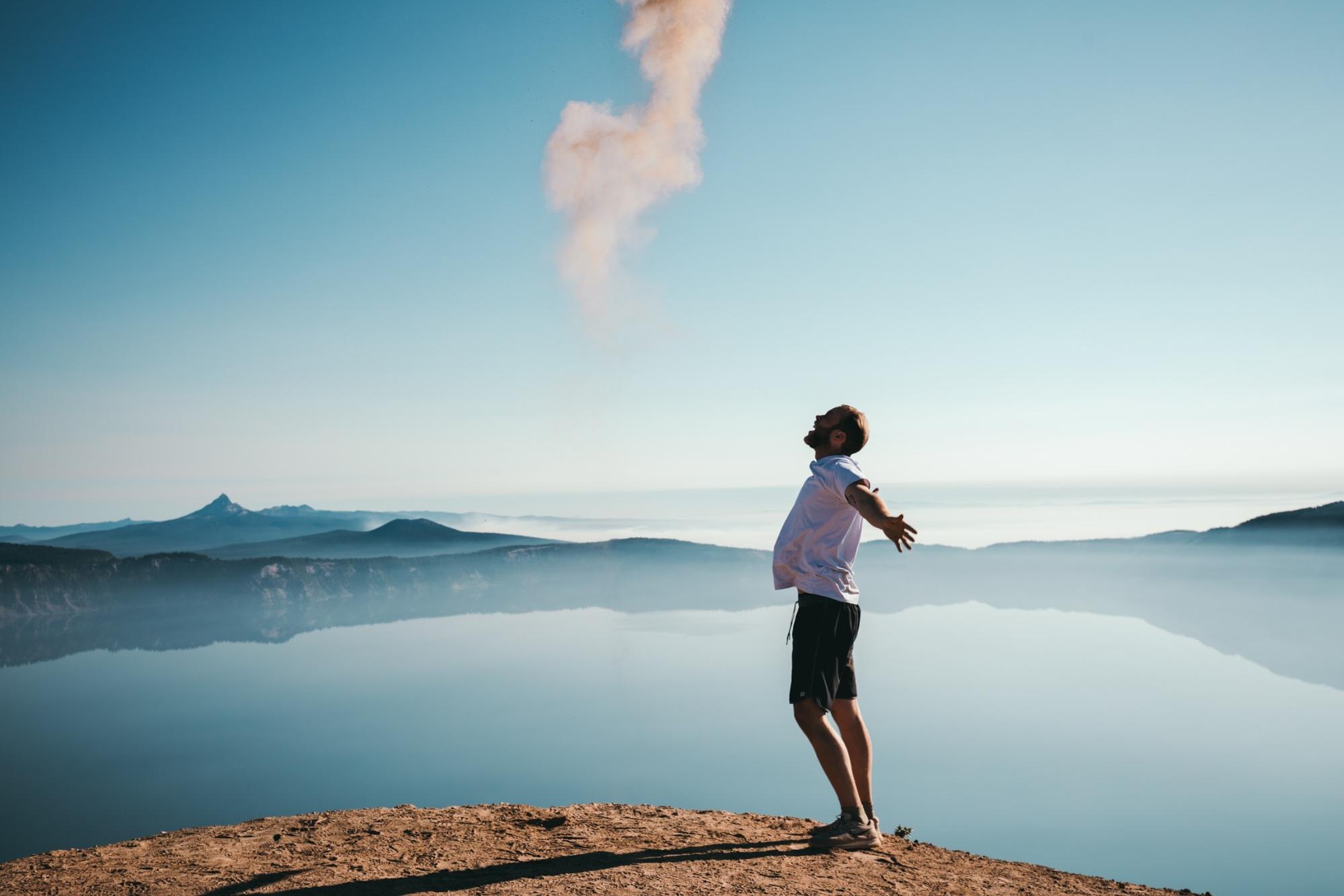 With over 2.5 billion active monthly users on Facebook, videos shared on the social media platform garner up to 8 billion views per day. The digestible delivery of Facebook videos makes the platform a broadcast powerhouse, providing an outlet that many rely upon to receive their daily news updates and entertainment.

Amongst the massive amount of Facebook video content lies a handful of motivational talks that have experienced virality on the platform, debuting on the desktops and mobile screens of billions of viewers. In today’s world that has yet to make it out of the shadow of the COVID-19 pandemic, these motivational videos provide profound advice on how to carry the current weight of the world. We’ve compiled a list of the top 15 most viral motivational videos on Facebook that are providing fresh perspectives and guidance to assist us all as we adjust to a continuously evolving new normal. Read about our top picks below and watch to learn why we believe them to be necessary guides as we navigate our way through the rest of 2020.

Jay Shetty is a bestselling author, podcast host, former monk, and purpose coach who shares his life experience in helping others discover their purpose. He speaks on societal limitations that are relevant to many individuals seeking life fulfillment based on following an unrealistic roadmap, often leading to feelings of failure. His video, “Before You Feel Pressure Watch This” shows Shetty sharing advice to high school students about discovering their purpose by questioning traditional metrics of success.

Adam Roa is a globally recognized motivational speaker, poet, and podcast host who leverages his transformative artistic abilities to encourage self-love and self-compassion in a society inherently forgetful of such emotions. His viral Facebook video, “You Are Who You’ve Been Looking For” is one of the highest viewed Facebook videos of all time, sharing the importance of treating yourself like someone you love. Roa provides a powerful message to his audience on how to find love for yourself in a world that consistently tells you you’re not enough, delivered through his entirely unique medium of spoken word poetry.

Prince EA is a motivational filmmaker, speaker, and creator who strives to reach every single heart on the planet through his content which promotes that at our core, we are Love, we are free, and we are one. His video, “Before You Go To School, Watch This” went viral on Facebook for calling out the flaws in the current education system throughout North America that enforces conformity and limits creative expression. Prince encourages individuals to release themselves of expectations that are not an accurate measurement of value and worth.

Trent Shelton is a former NFL wide receiver who pivoted his career from football to motivational speaking and is recognized today as one of the world’s most impactful speakers. His viral Facebook video, “EVERYBODY ISN’T YOUR FRIEND” draws attention to the difficult realization that some friendships can be limiting, normalizing moving on from these relationships.

Terry Crews is an inspiring artist, actor, comedian, activist, and a former NFL player. Growing up, he was exposed to his father abusing his mother and has since been a public advocate for women’s rights and an activist against sexism throughout his career in a fight to prevent others from experiencing a similar upbringing. Crews’ viral video, “Speak Up” shares that “vulnerability is not weakness,” delivering advice to others on how to overcome trauma while learning to love yourself and own your story.

Lou Holtz shares the life lessons he’s learned throughout his career as a former American head football coach for an impressive list of recognized teams, including the University of Notre Dame varsity team and the New York Jets, with a graduating class in his viral Facebook video, “Trust. Commitment. Love.” Holtz, named ESPN’s Dr. of football & life philosophy, reflects on the poverty he was born into, and how making choices guided by trust, commitment, and love helped him to overcome poverty and build a life to be proud of.

Denzel Washington is an actor, director, producer, and recipient of great critical acclaim for his film work. His viral video, “Make a Difference” delivers a powerful speech recognizing the need to fail in order to achieve greatness. The speech pulls on his own experience of being a college dropout with a 1.7 GPA to becoming the man he is today, providing a goal-driven roadmap for others to follow.

Tim Minchin is recognized by most as a comedian, having additionally dabbled in a variety of entertainment mediums throughout the course of his career including acting, composing, writing, and producing. The Australian-born jack-of-all-entertainment-trades is no stranger to overcoming career adversity and reflects on the lessons he’s learned throughout his journey with a graduating class in “Live To Learn.” Minchin provides the graduates with nine life lessons ranging from advocating for a “…passionate pursuit of short term goals,” to caution against hyper-focusing on happiness as they embark into their futures.

Simon Sinek is an intellectual visionary thinker and optimist who believes in society’s ability to build a bright future by working together. His video, “This Is Why You Don’t Succeed” calls out millennials for getting in the way of their own success based on learned characteristics inherent to their demographic, while also offering remedial advice.

Lisa Nichols is a powerful life coach, media personality, and corporate CEO who references her experience as a single mom on public assistance to becoming a millionaire entrepreneur in her motivational speeches, reaching a global audience of nearly 80 million people. Her video, “Find Your Way Back” shares her wisdom on how “You are the first example of what loving you looks like,” encouraging listeners to fall in love with the life they’ve been given, informing that it’s never too late to press the reset button.

Gary Vaynerchuk is globally recognized as a media guru through his role as the chairman of VaynerX, a media and communications holding company, and CEO of VaynerMedia, a full-service advertising agency. Gary V’s success was achieved through creativity and drive, and his motivational advice on success doesn’t sugar-coat the journey, but rather calls out limiting excuses. His viral video, “ONE LIFE – ACT LIKE IT!” emphasizes the importance of life, advocating for beholders to make the absolute most of the gift they’ve been given and to stop being held back by their own excuses.

Judge Victoria Pratt is an American judge recognized both nationally and internationally for her commitment to reforming the criminal justice system. Her video, “The Power of Treating People With Respect” draws on her experience from the courtroom, sharing what happens when the justice system gives people their dignity back.

Chimamanda Ngozi Adichie is a Nigerian born author, public speaker, and workshop leader. Her work shares her views on feminism, being a person of color in the United States, and intellectual development. Adichie’s viral TED Talk, “The Danger of a Single Story” is one of the highest viewed TED Talks of all time, sharing the limitations that can come when people choose to believe the only narrative easily accessible to them, promoting greater cultural curiosity as a way to combat this.

America Ferrera is an American actress, producer, director, activist, and author who reflects on her personal challenges as a Latino woman throughout the course of her career in her TED Talk,  “My Identity is My Superpower, Not an Obstacle.” Ferrera calls upon her audition experiences, where she learned to view her identity as an obstacle she had to overcome given that her Latino heritage made her “… a person of less value” in the eyes of producers and financiers. Her speech addresses how she’s un-learned this mindset, encouraging others to  “stop resisting, and start existing as your full and authentic self.”

Oprah Winfrey, the “Queen of All Media”, is globally recognized for shaping broadcast television into what is today. She’s ranked amongst the most influential women in the world and is one of the greatest black philanthropists in American history. Oprah’s video “Build Your Legacy” quickly went viral for showcasing her speech to a graduating university class, sharing that “…no amount of money can fill your life with substance,” calling upon the class to offer themselves in service and think about the legacy they’re building.

Related Topics:Top 15 Most Viral Motivational Talks on Facebook
Up Next

Rahul Ahuja: The Promising Personality In The World Of Entrepreneurship