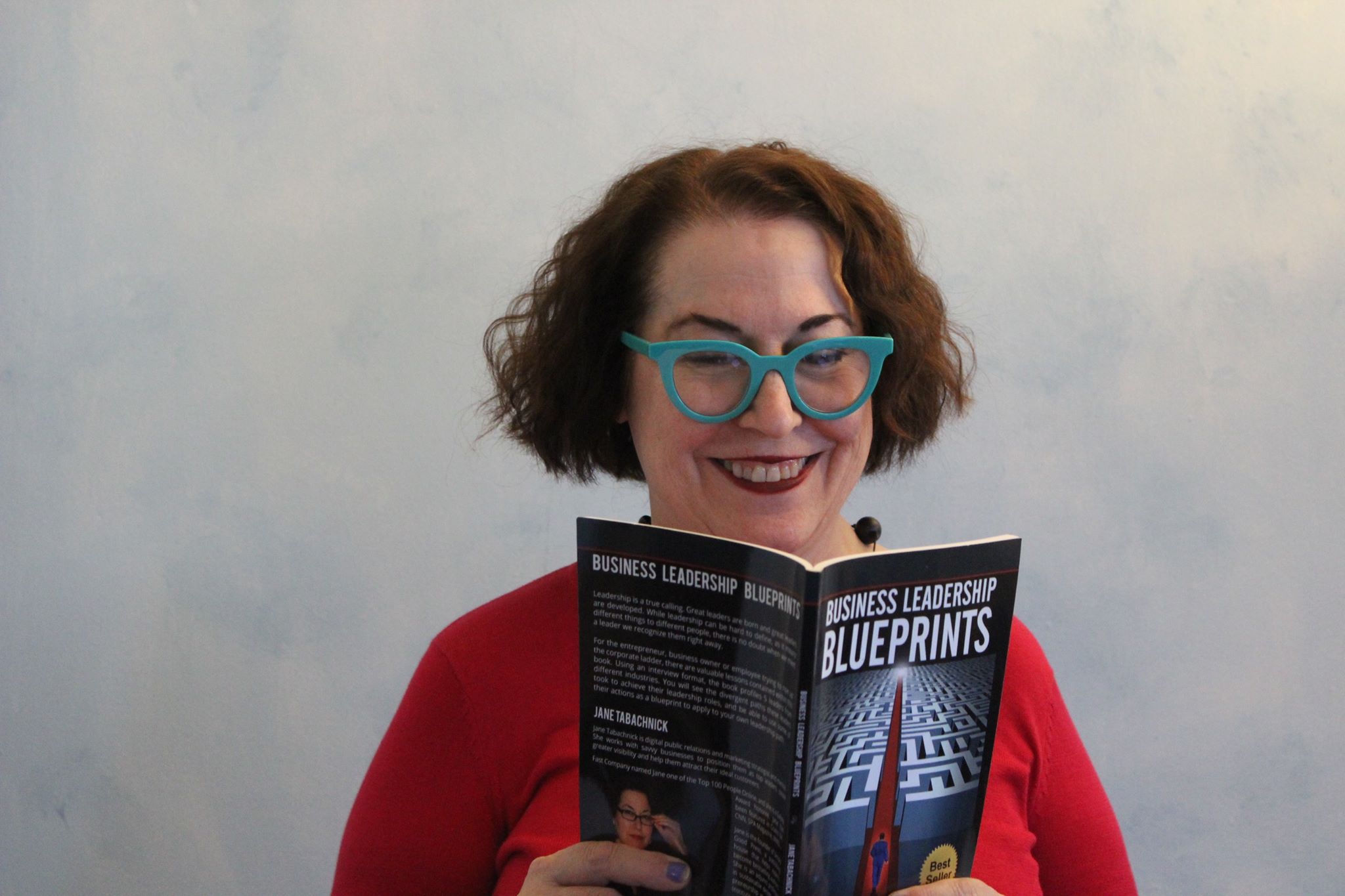 Entrepreneurs utilize different strategies to capture people’s attention. Sometimes they use gimmicks or publicity stunts to attract attention. Leading content strategist Jane Tabachnick shared that one of the most underused methods of getting attention is writing and publishing a book. Tabachnick is the founder of Jane Tabachnick & Co. and Simply Good Press. She had been doing publicity and content strategy for more than a decade now. And, she is fully aware of the power of a book, done right,  in grabbing people’s attention.

Getting To Know Her

Tabachnick formerly worked in the fashion design industry. She recalled that in those days, each new collection was expected to tell a memorable story. Specifically, as a design entrepreneur, she was also her own publicity team. Wearing that hat, her role was to pitch a story, engage the media, and score some publicity for her design house.

Eventually, Tabachnick left the fashion design business to seek different opportunities. As she took a new career path, she brought the skills that she developed over the years to the table. Tabachnick found herself telling the stories of entrepreneurs and companies through branding, and digital marketing and publicity. “At that point, I discovered my inner geek. I fell in love with technology — with its incredible, constantly evolving formats. It has the potential to tell stories to new and wider audiences,” she continued.

Tabachnick said they work to tell their client’s stories in the most compelling way to attract and intrigue prospective customers. “I realized that many miss out on one of the most powerful media—books. It may sound so traditional, and some might say even obsolete, but it is not. A book is an ultimate tool to create instant authority positioning and expert status. No one can deny that books still have the thud factor,” she added.

Tabachnick said that if entrepreneurs want to establish credibility, authority, and expertise in their business, then they should write a book. Writing and publishing a book is a sign of expertise in your specific subject matter. An entrepreneur wants to be credible to customers and be an authority because it can influence customers’ buying decisions. If an entrepreneur is viewed as reliable, customers will trust the product, which can lead to a purchase. Remember, people choose the brand that they can trust and rely upon.

Tabachnick said that writing a book can help entrepreneurs position themselves as experts in their industries. It can also help entrepreneurs gain more media mileage. When media outfits need a source on a particular topic, they interview and ask the expert. “So, as an expert, they will ask you for your comments on an issue. You will gain more media visibility which in turn is another way of promoting your brand,” she added.

Turning entrepreneurs into authors is part of Tabachnick’s expertise. She explained that she could help entrepreneurs position themselves as thought leaders by creating a brand and business building book. “I can show them how to start earning before they even hit publish. Even if they do not consider themselves writers,” she continued.

Tabachnick has worked with many brands and savvy entrepreneurs. She helped them leverage content to build thought leadership and authority positioning. She explained that if an entrepreneur is not seen as an expert, it can be hard for him to stand out from the competition and attract higher-paying clients. “By packaging his expertise into a book, he will be viewed as a thought leader. It will attract many opportunities such as speaking and publicity,” she added.

Tabachnick never stops her quest for finding new methods and platforms to help her clients get in front of their target audiences and build authority. Tabachnick said that one of the new platforms that she recently discovered is Alexa Flash Briefings. It is a form of a micro podcast that can be broadcast on smart speakers, smartphones, cars, and podcast platforms. It is an audio piece that usually runs for one to two minutes, which could give short news, random facts, or inspirational messages.

Tabachnick is one of the pioneers in using this platform. As a staunch advocate of flash briefings, she recommends it to all her authors. Tabachnick even took it to the next level, launching a new course entitled the 60 Second Podcast. “The course aims to guide authors, coaches, experts, and alike to create successful Alexa Flash Briefings,” Tabachnick explained.

“A Flash Briefing is a strategy that can help grow their business, to a wider audience. Having someone listen to you speak can help build more knowledge, like and trust than if they were reading your content. This is a key factor in prospects feeling like they know and trust you, which helps presell them on working with you.

For entrepreneurs, Tabachnick can help them reach the right audience and show them how to speak directly into their ears every day as an authority and expert. Over the years, Tabachnick has helped more than 200 individuals become bestselling authors.  Here authors have been featured in Forbes, CNN, FOX, NY Times, ABC, Entrepreneur, BusinessInsider, and many other media outlets.

As a result, Tabachnick is recognized as one of the Top 100 People Online by Fast Company. Her micro podcast, The PR Authority Minute on Alexa Flash Briefings has been number one for public relations for over eight months.

To learn more about how Jane Tabachnick can help you grow your business, visit her website at http://www.janetabachnick.com, or drop her a message at jane@simplgygoodpress.com