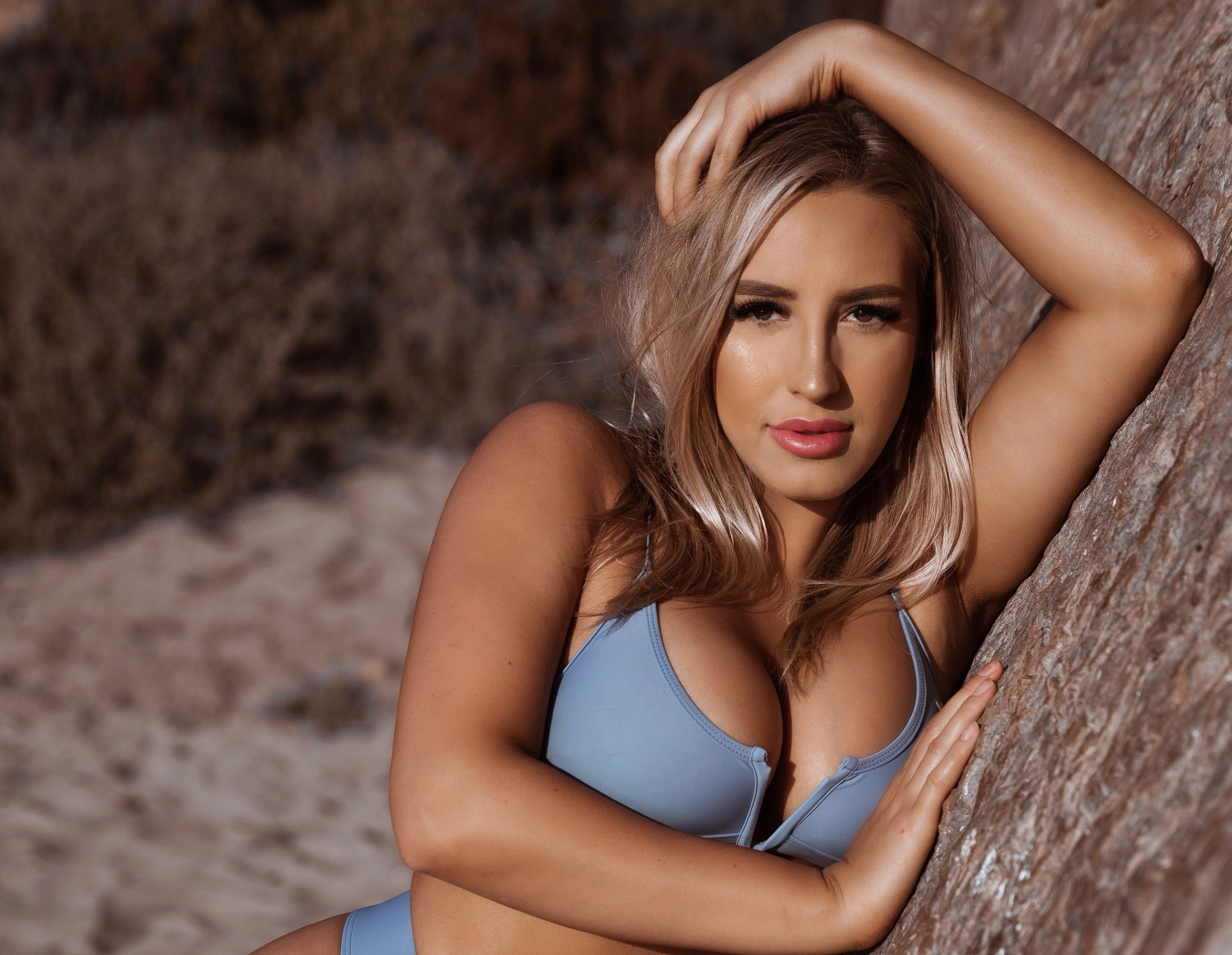 Jessie Sims, the party’s life, a prankster, and someone always ready to light a smile on everyone’s face prove that there is much more to take to make it as an Influencer. The petite blonde should know. She has 700k followers on Instagram, a whopping 2.2 million followers on TikTok, and 177k subscribers on her YouTube channel. Clearly, she knows how to shine on social media – but also knows it takes a lof of grit.

Jessie hails from a small town in Maine. She says that a lot of people from her home town doubted her before moving out to Los Angeles to pursue modeling and acting. She says “As supportive as my parents are I think even they had their doubts and reservations at times. I come from a small town where everyone has this cookie-cutter cycle. Go to school, get a degree, settle down, have a family, and never leave town. Since I had a different outlook on life and decided to drop out of college and move across the country to pursue my dreams I was constantly scrutinized and asked “what if it doesn’t work out?” “What is your realistic goal?”

No one actually believed she would be able to make a career for herself – but so far, she has proven the doubters and naysayers wrong.

Before even moving out, Jessie knew a thing or two about working and hustling. She competed as gymnastics for 5 years, modeled with several agencies, and worked with Puma, Panera, Westin Hotels, and Alka Seltzer, among others, and even was crowned the runner up of Miss Maine. But Jessie, who before moving out to LA was enrolled in a Nursing program, knew that modeling and acting were things she was meant to do. Especially since following her dreams of acting and modeling meant that she could stay true to herself.

But once she got out to LA, she quickly realized her attention needed to be focused on her social media content, if she ever wanted to be taken seriously to be cast within acting and modeling roles. So Jessie, with her eye on the prize, shifted her focus to making her social media accounts shine.

This has meant that Jessie has had to find her unique brand. But for her, that simply means being her own unique self. By focusing on things that she loves to do – doing dares, pulling pranks, having fun with friends, drinking – content creation always remains fun, authentic, engaging. It attracts a large following because she stays committed and focused on putting out the lighthearted content, as it is what she enjoys to do.

But beyond putting out content that represents who she really is, Jessie has learned that being a successful influencer also means constantly keeping up with trends, being aware of what others are putting out, and what her followers want. And it isn’t just about having followers. Hessie says that if you want a strong social media presence, you have to actually engage with your followers, by a simple like a quick response to their comments.

Jessie is always keeping her content fun and engaging because she likes it and knows it’s what her followers like. The social media queen hasn’t forgotten about modeling outside of social media or acting, though. She has her eyes set on her dreams and goals still, and plans for big things in her future.