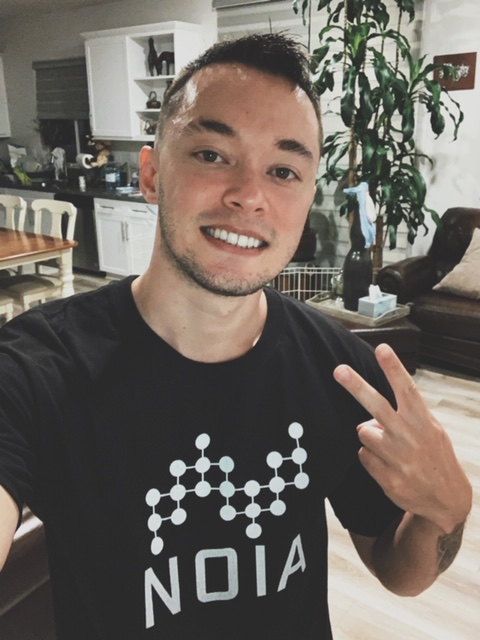 Jonathan Kvicky already boasts something of a golden CV at just 32. He currently works as a Senior Software Engineer at Sony PlayStation out of Los Angeles, California, but has also fast become a successful investor – largely through his in-depth understanding of various blockchain technologies that have the potential to disrupt the world. He recently showcased his prowess by 10x-ing an investment of $20,000 into $200,000 in just two months – a return many of us would kill for.

As alluded to above, it’s not just the money-making potential of cryptocurrencies that attracts the young investor into space, but it’s primarily the opportunity to foster growth and adoption of these technologies in different market sectors to impact the future. “We live in an exciting time right now,” Jonathan says, “where a new digital fabric is being overlaid on the world as we know it – and it’s truly ground-breaking.”

Jonathan’s largest investment to date within the crypto space is in the development and future adoption of the NOIA Network. This project, deemed “Internet for the Modern World,” is a software solution designed to run on top of the public internet to ensure all connections are secure, reliable, and fast – all in just a few clicks. At its core, NOIA solves the problems of outdated internet infrastructure – many of which are decades old – by utilizing the latest internet protocol developments alongside the advancements of distributed ledger technology.

Kvicky is extremely excited by the project – “It’s rare that I see a company working on a platform/application which ticks all the boxes, but the team members behind NOIA Network are all experts in their respective fields and are set to revolutionize something which 4.5+ billion people use today.”

NOIA Network was recently selected by Oracle for its Partner Network. The partnership gives NOIA access to Oracle’s engineering team to aid development, provides assistance with marketing and public relations, and also opens up a user market of 25+ million cloud users to drive adoption.

NOIA is Soon to Launch

NOIA Network is set to launch both a B2B platform as well as a consumer-facing application – the former having a target date of Q3/Q4 of 2020. At the time of writing, they have over 10,000 NOIA nodes globally dispersed and a continually growing number of high-capacity servers.

Jonathan Kvicky has proven himself time and again that he is a dominating force when it comes to investing in technologies, and NOIA Network looks to be another wise move. If you’d like to reach out to Jonathan and stay connected with him, he can be reached via his personal Instagram account: @jtk.

Al Cairns Became a Soccer Coach After an Internship Showed Him How Successful a Non-Traditional Path Could be.