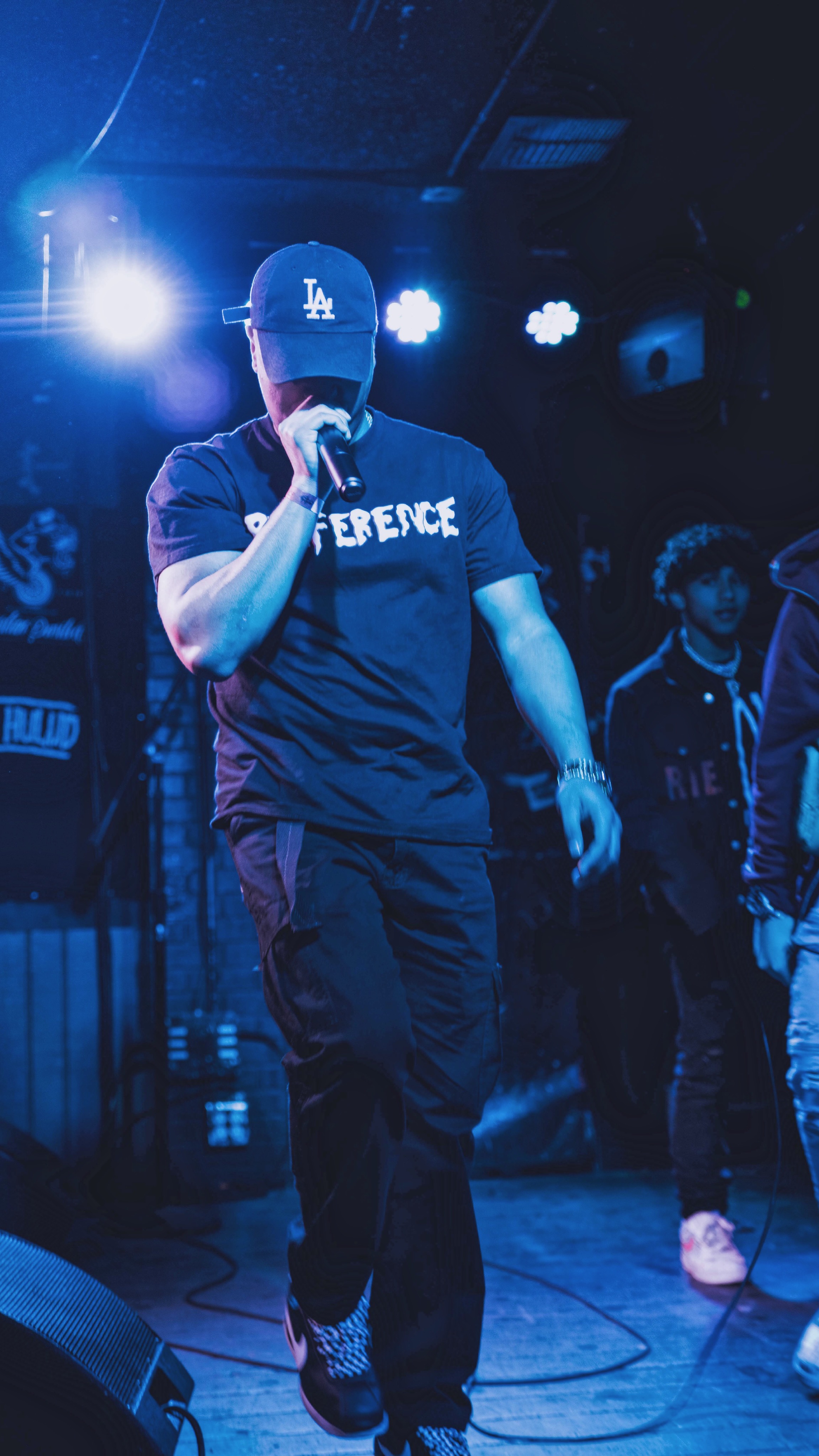 Jonathan Terrones, better known as Jonny Waves, was born on October 11, 1998 in Long Beach, California. He was usually playing sports and listening to music as a kid. He was the only child in his family, so he spent a lot of time alone. When he wasn’t on the field, he began writing raps and poems in his spare time. In his music, he speaks about his childhood issues as well as the effects of his trauma. Music was a method for him to escape the agony as a kid, but it was also a way for him to accept the things he’d gone through. While he was working on his poems, he began rapping for the neighborhood youngsters and performing at poetry slams and school activities. In high school, he would start to make music and develop his skills independently. He was the local engineer for the emerging artist of the city such as CallMeTMB, Ghxstboii & KayyPradaa. He eventually started producing for a majority of the artist he engineered. Jonathan would eventually start to perform at small events like the 562 Fest, The Pride Barbershop Fest, Art Galleries, Backyard events, and anywhere he could get his music heard. Waves would soon be able to open up for big artist with his friends who he decided to help. From talking to him, he was always a loyal person and helped others get opportunities. In this industry, there’s not a lot good people like him. He said, for a while he never asked or people for anything in return.

He simply loved making music since he loved collaborating with others and creating something from nothing. Eventually, he started to lock in with others producers like Morale Jack, Hallabanz, Mjaay Vibe & others. He has been able to release multiple EP’s and albums. You can find his music through out all digital music platforms like YouTube, Apple Music & Spotify. His music is a blend of Hip-Hop/Rap, with blends of alternative loops, and some pop influence. A lot of deep lyrics, but he occasionally has also some mellow/upbeat songs. His melodic cadences with his deep words is the ultimate combo. You can hear his influences in his production. There’s a lot of different styles Jonny embraces in his music, and having an artist as creative as him in our generation is amazing to witness.

Make sure you follow Jonny on all social media platforms to stay updated with new music and check out his website to buy some cool merchandise.