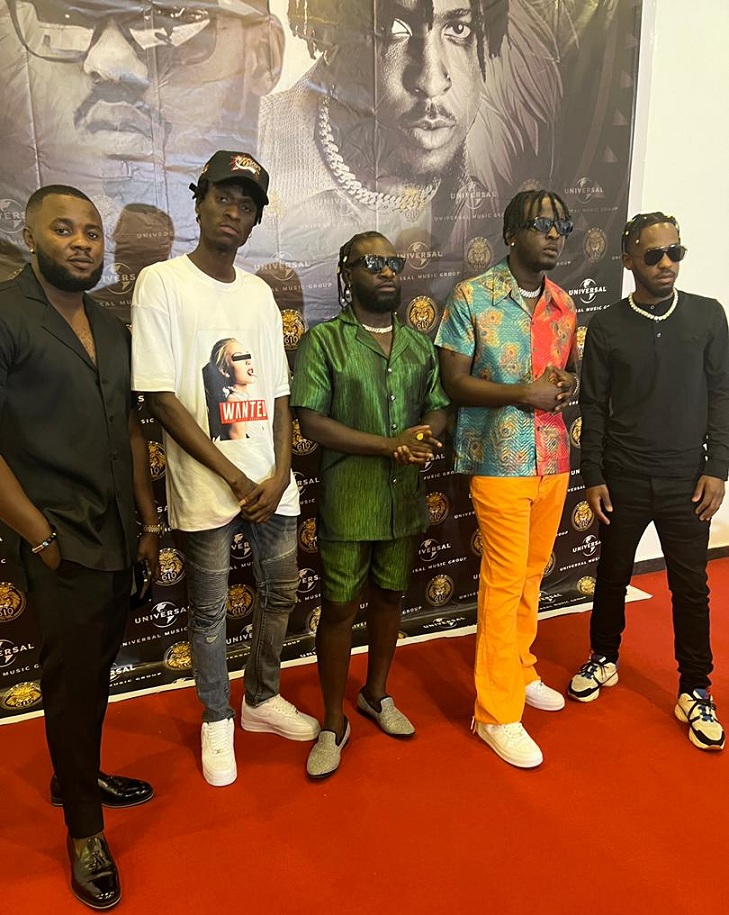 The Ghanaian music industry last night welcomed the birth of a new record label that is equipped to take the industry by storm.

At the elaborate unveiling held in Ghana on Sunday, dignitaries from all walks of life gathered to witness what many people described as the beginning of greatness.

As African music continues to take its place in the global music ratings, the CEO of 610Music,  Kofi Sonny observed that the dream to float a record label that would further put African music, particularly the Ghanaian music industry on the map was necessary.

Speaking about his dream and passion for music, the US-based business mogul said after finding success in the most competitive financial sector, he knew he was ready to devote his time entirely to music.

At the unveiling which also attracted top CEOs and captains of industries,  encomiums were poured on Kofi for floating the label.

For the CEO, the label was established to promote African music and project its artists to the world.

One of the artists on the label, Rich Flow is already catching the attention of music lovers as he stated that making music is not just a means to earn money, it is much more than that. The real driving force behind his passion for music lies in people’s ability to identify with his music.

Another artist on the label, Korsah, an emerging hip-hop talent from the suburbs of Ghana.

Korsah’s latest track ‘Hater’ talks about loyalty, jealousy, and how his fame caused turmoil between him and his past best friend. The song is as smooth as it gets and is the finest piece of Afro Trap music you’ll hear from Western Africa.