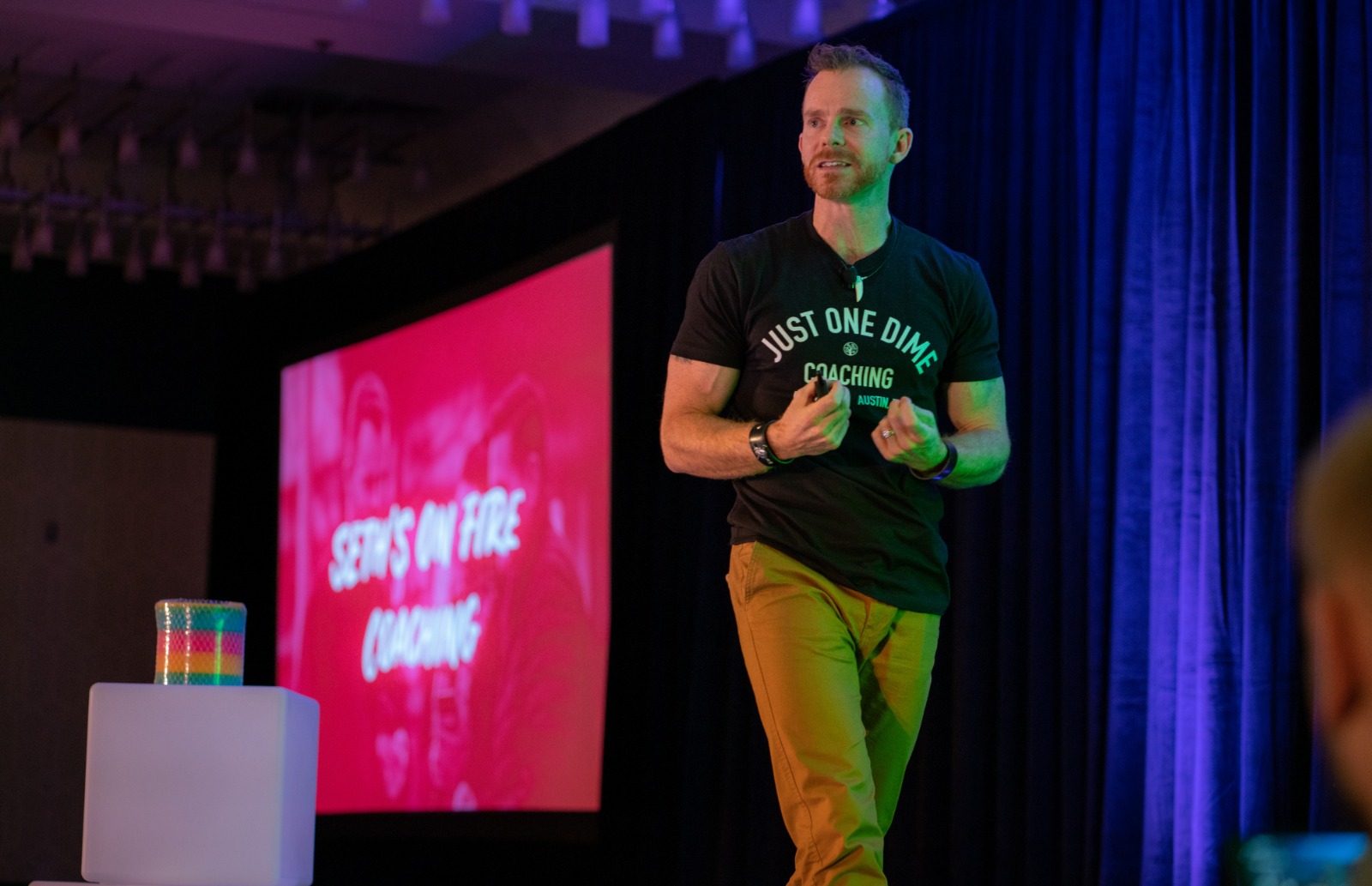 Seth Kniep, co-founder of Just One Dime, manages over $100 million in annual Amazon revenue. However, it wasn’t always this way. Seth had to struggle through great financial adversity to get where he is today. He had to fight his way up through the system, working hard day in and day out, and in the beginning certainly without the paycheck to back up this kind of hard work. When working a position for Apple, Seth truly could not catch a break, though he had done all that was possible, he received a foreclosure notice on his home. Continuing to give all he had, Seth proposed a solution for many customer related qualms in a presentation to a superior. Unfortunately, his ideas were not given the time of day, and this rejection took a great toll on his mental health and close relationships.

“I never sat well with the unspoken but all-knowing corporate games of sucking up and flattery required to get promoted or noticed. I thought my presentation would cut through that. Instead, it cut through my heart. I’ll never forget the day my oldest child, who was just 11 years old at the time, said, ‘Pop, you look really sad,’ I walked out of the room and wept,” Seth recalls.

Little did he know, just a few months later, everything would change. The final straw was when Seth’s boss shamed him in front of his own subordinate in a digital meeting. Driven by fear of getting in trouble with HR, they had made him the scapegoat. This was the final straw for Seth, he would not remain a pawn in someone else’s game. It was time for him to make his own money, on his own terms.

“The meeting finished, and I turned to my wife and said, ‘That’s it, I’m done. I don’t care how brutal or torturous the path may be. I will build a new life for our family.” Seth shares.

From here Seth dove into Dave Ramsey’s teachings on how to crush your debt, and learned lots about ecommerce. One day he had a thought while rifling through the loose change kept in his car. Seth became specifically transfixed by the dime, recalling it of course to be the smallest coin with the highest value. What came next for Seth would be the beginning of a new era.

“I picked up a dime and wondered, how many times would I have to double this to reach $100,000? I grabbed a calculator and it came up twenty times. ‘This can’t be true!’ I thought to myself. I re-did the math, it was true. Double a dime 20 times and it explodes to exactly $104,857.60. Armed with a single dime, the most valuable US coin for its little size, I walked downtown and approached random people, sharing my vision and asking them to double my dime,” Seth tells.

Seth had to go through many different jobs and paths to make it past this point to where he is today. This included much buying and reselling (most successfully on Amazon), driving for independent transportation services like Uber or Lyft, and as things started to take off Seth even began to sublease condos for the use of AirBnB. Finally, through his successful endeavors, people around him began to ask for pointers and tips on how they could make money selling off of Amazon themselves. As Seth taught his closer peers, the interest in his teachings began to grow exponentially. Eventually, he and his son would build a full on training course to truly help those looking for guidance in how to sell on Amazon FBA while being able to subsequently turn a profit. After his students began to find great success as well, Seth received a call from Amazon.

“Amazon flew me to their headquarters to consult with me on improving their third party platform. One of the sharks from Shark Tank’s companies asked Just One Dime to run their Amazon and ecommerce division. Two countries asked us to train their top businesses. Today we run a full time sourcing team in China. Today we manage over 100 million in annual Amazon revenue for name brands and silent investors.” Seth shares.

Check out Seth on YouTube, and stay up to date with Just One Dime on their website.

Tony Robinson, Known As Tony the Closer, Went From NFL Player To Entrepreneur And Advocate For Financial Freedom For Others. Find Out More Below