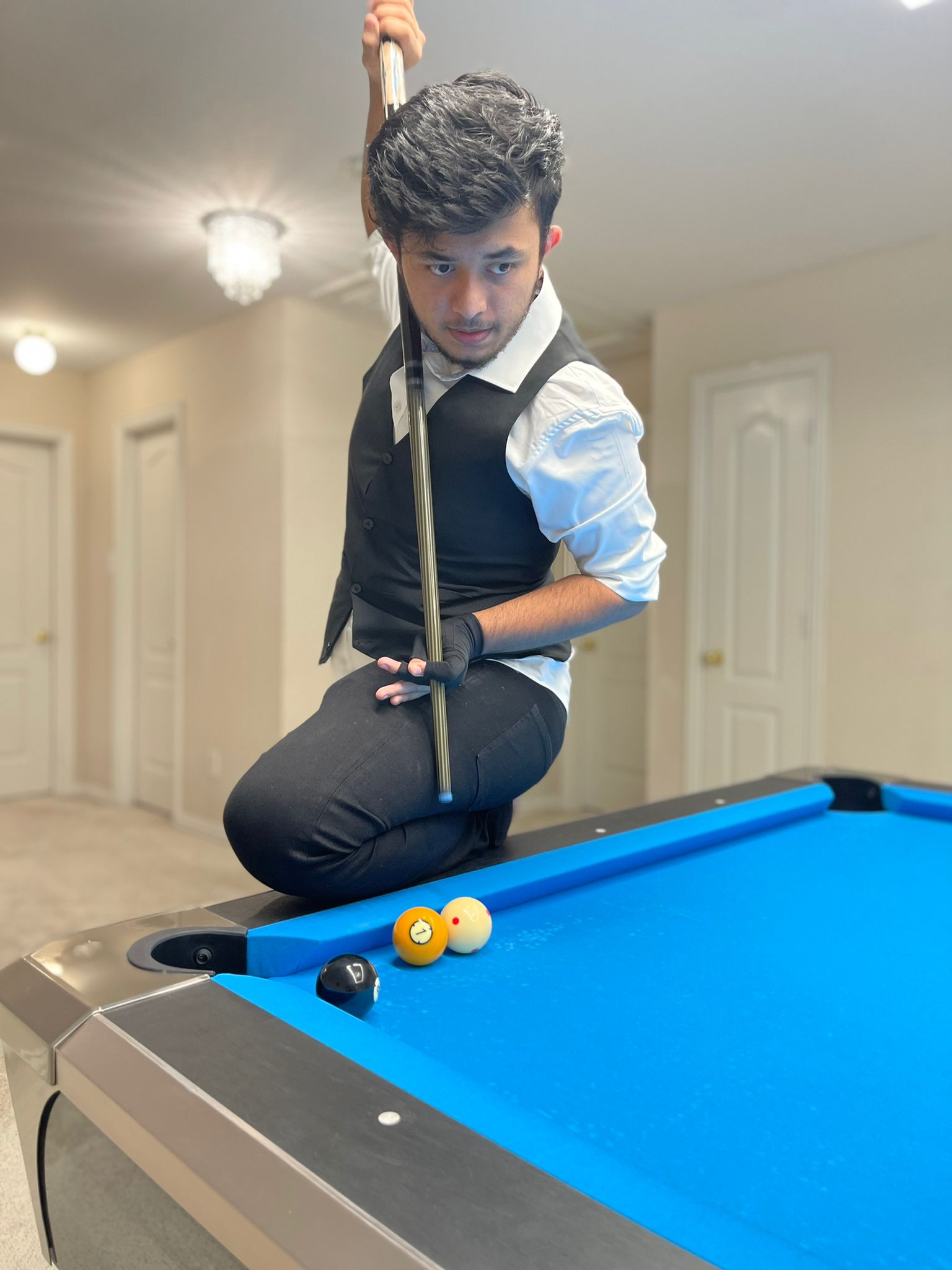 Zahid ul Islam, Well-known as RJ Trickshot, is a professional pool player; he is the best trickshot artist. He was born on 20 July 2001 in Bangladesh. But he is currently living in the USA. He has been playing pool for seven years. Now his passion has turned into his profession. Recently His success has caused a stir on Social media platforms. He is a luminaire for pool trickshot and masse trickshot. He has built dignity among his fans.

A portrayal of his Early Age

Early life is an excellent phase of attempts and passions to do anything. Thus, RJ trickshot had a love of playing at an early age. He always has been interested in Playing Soccer and Cricket. He is the master of pool and soccer. He never knew about other games. Mostly, RJ Trickshot had been busy with study. After getting a bit of injury, he stopped playing soccer and cricket. But one day, he went to the pool hall, where he saw playing, which made him habitual of playing. Day by day, he practices his goals and fundamentals. Now, he has found a great life and enjoys playing.

Education is a powerful weapon through which we conquer the world. RJ Trickshot has a robust educational background. He graduated from Berkner High School in the USA. He is currently going to College. He achieved a Service Medal from my high school. He also had been looking at Billiard School.

Achievements make one’s career solid and outstanding. RJ has won many championship tournaments and National Champions Trophy. He was also notable for his ability to pick up twice as many pool balls using only one hand than anyone else, a skill he claimed had won him many bets. RJ Trickshots has gained a series of accomplishments.

He has played with the most experienced players and has won a bundle of titles. His titles Symbolize that he is a passionate, delicate and skilled person.

Here is a catalog of RJ Trickshot’s winning awards and games.

A successful person is always discovering something new

RJ Trickshot is one of them who live in search of new things. RJ wants to gain achievements constantly. He wants to become a mentor and motivates the youngster. His future goal is to play in WPA [World Pool Association]. It’s a trick shot tournament for ranking. One day, RJ will arise as a legend to the coming generation. trickshot and masse trickshot.

Restful Sleep is a Key to Great Productivity