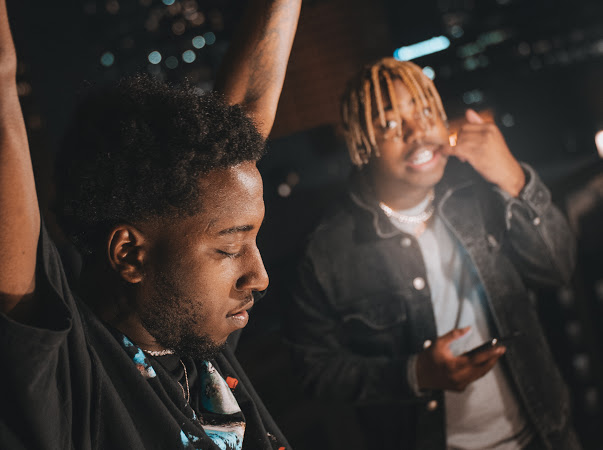 After releasing a 5 song EP called NAGASAKI together in January 2021 the two artist continues to work together and can possibly be considered a duo. Reflecting back on the two artist careers Lil Boom and Lil 6at has a featured song together on SoundCloud from 2017. The two since then built a closer bond and friendship over the course of years. Lil 6at spent most that time in the army with limited time to be a musician. As for Lil Boom he continued to make noise in the Japanese culture charting billboards and a name for himself doing features with Ugly God, signing to labels and doing multiple performances. Lil Boom who trades on pop culture’s current infatuation with Japanese art, specifically anime.

Hailing from Tallahassee, Florida, the rapper has proved that meme rap hasn’t died out just yet. With his first two full-length records ‘Hentai Haven’ and ‘Soul Eater’, both released in 2019, full of commercial trap beats, he’s still riding the wave from that year’s TikTok-friendly ‘Already Dead,’ whose catchy instrumental was inspired by a phrase from the popular anime Hokuto no Ken. Now for Lil 6at the past year despite corona virus Lil 6at has won over the hearts of music lovers from all walks of life; performing at a variety of venues, making loads of public appearances, before Covid-19 And during all while recording new music with hot featuring artists Lil Boom and Lil Housephone.

To linking with Baby Goth and Ayleks. It wasn’t an easy set up for Lil 6at music career after the army but he managed to find himself shooting a music video starring a popular face of the internet in his video Ayleks who is known to the internet as Trippie Redd ex girlfriend. There’s no evidence of relationship but the two had to build something just from her wanting to be in his video. Although Lil 6at spent most his time in the army he also somehow helped managed the mother of his child in 2018 resulting in her getting signed to French Montana. Lil 6at and Lil Boom recently shot a video in LA to one of their songs “Sakura” off their newly EP NAGASAKI. The two is grinding hard this year working as solo artists and a duo giving a special unique sound on their tracks they’re in together for their fans and new fans. Lil 6at and Lil Boom with a thriving sound and rapidly growing fan base, the two has made a name for themselves in Georgia and Florida and is ready to take over the big leagues.

The first thing that comes to mind when listening to Lil 6at and Lil Boom is that they were born to create music. They continues their journey by dropping a song called “I wana Go.” The song signifies there is light at the end of the tunnel, chase your dreams and don’t give up !

Touring the Himalayas; No Maps, No GPS, No Rules, Just Ride!