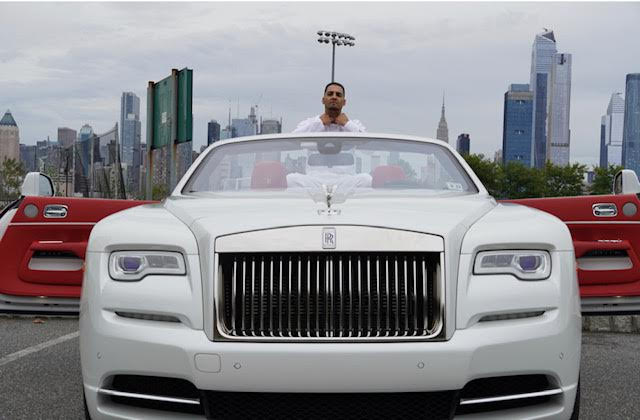 As a young man, Yorki R. Fernandez, aka Yorkifer, has always been a great dreamer. Born on October 30, 1977, in the Dominican Republic, Yorkifer is an urban music artist, composer, actor, dancer, and choreographer.

Inspired by Puerto Rican rapper Vico C, Yorkifer has dedicated himself to the music industry. Yorkifer started his career singing, dancing, and rapping in the streets as well as in summer festivals.

But around 1996, Yorkifer put his career as an artist on hold to pursue his financial business.

“In 2018, I resumed my career as a singer for Reggaeton, Dembow, and urban tropical music, bringing new colors and mixes. Nowadays, I feel very positive about achieving my goals which I have paused for a few years,” he said.

Putting In The Hustle

Now that he’s back in the music scene, Yorkifer is looking to put in the work to make sure that people know about him, his music, and what he can contribute to the industry.

“I am working on making three music vídeos. My goals are for people to know me through my art, and to take my music worldwide,” he said.

And as strives to achieve these goals, Yorkifer makes sure that he puts 100 percent of himself into his craft. For him, his audience’s joy brings him great pleasure as an artist.

“I leave everything to be on stage and give my audience the most of me and make them forget about everything that is happening around the world for that time.  That is my greatest satisfaction to see my audience happy,” he said.

Yorkifer’s career as an artist goes way back several years. He began his career at the beginning of the 1990s by singing rap, participating on stages with multiple artists at the time, and winning competitions at both national and international levels.

He focused on genres such as dance techno, funky, and dirty dancing since these were highly celebrated in the Dominican Republic.

“In 1996, we won multiple trophies in the first place including two international cups in my entire dance career with the group, The Power Machine, then I went on a musical pause for several years to pursue my financial business,” Yorkifer said.

But the power of music is still strong as it pulled him back to the craft that he knows and loves. And after his musical pause, he’s ready to pursue it once again, picking up from where he initially left off.

Learn more about Yorki R. Fernandez, aka Yorkifer, on www.yorkifer.com.