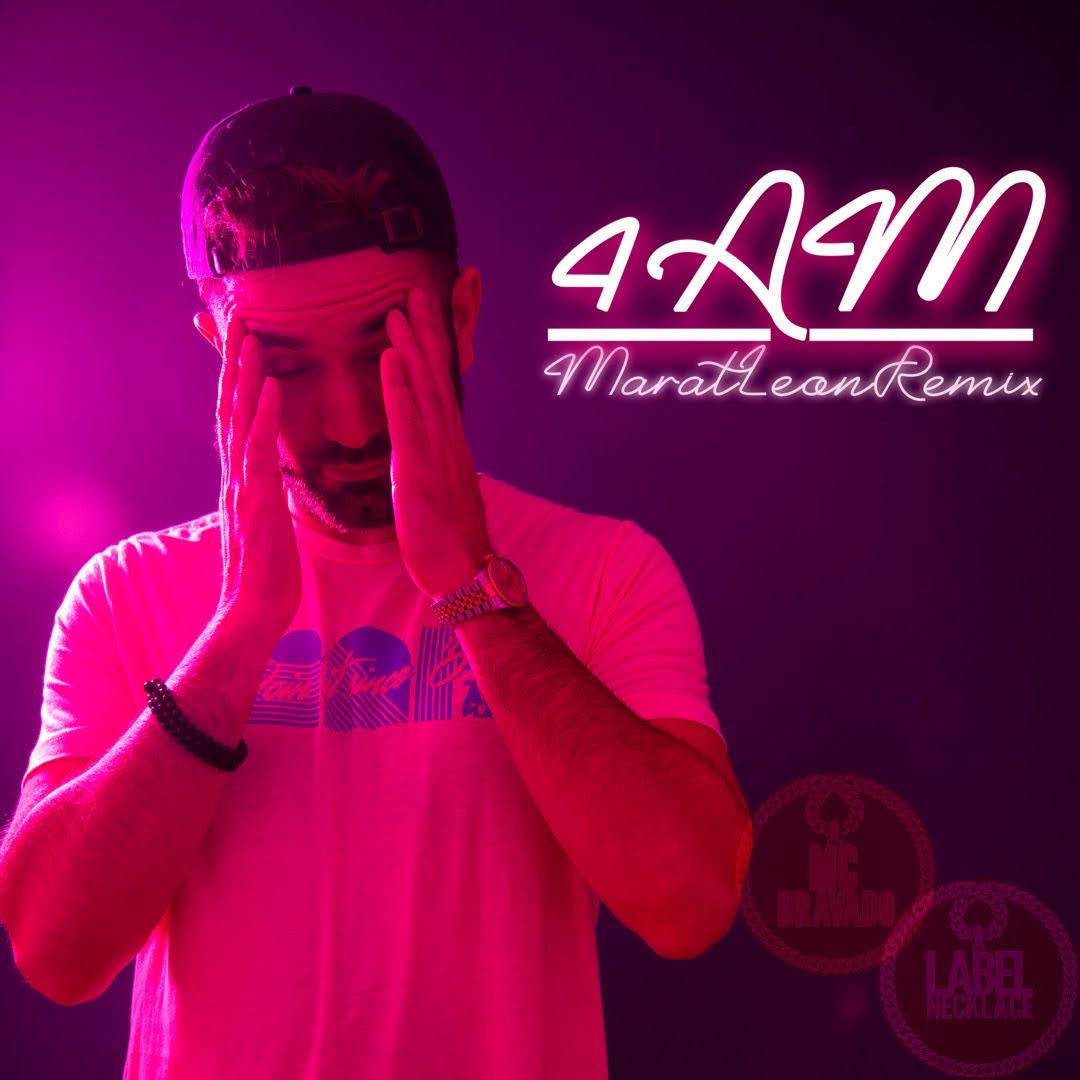 MC Bravado continues his ascent with the release “4AM (Marat Leon Remix) ft. Angela Faith”. This is the second time Leon, an EDM DJ who is cosigned by Avicii and The Chainsmokers, has been able to summer-ize one of Bravado’s more popular records (currently holding the top spot on MC B’s Spotify), taking a catchy but somewhat somber record for winter and repurposing it for toes in sand and drinks in hand. Cheers to getting vaccinated, coming together, and partying until 4AM again!
MC Bravado ft. Angela Faith – 4AM (MARAT LEON REMIX)

This is the third collaboration from the pair, they most recently came together for a ground-up collaboration called “Sleepwalker” and Leon previously remixed Bravado’s “This Is Gold” (featuring OnCue). The duo has their eyes on major placements for their latest remix and anticipates this incarnation of “4AM” will receive some major looks. We tend to agree and see this as a force to be reckoned with in terms of feel-good summer records.

Both men are very much disruptors and industry veterans in addition to being entrepreneurs. Marat Leon will school you in music production or with a pair of gloves on in his gym. He’s an actor to boot. Bravado is an educator (formerly a High School English Teacher in Baltimore city, now working with a nonprofit music program called Beats Not Bullets), a publicist, and a rapper’s rapper who has probably received some form of coverage from your favorite media outlet. Label Necklace, his record label (along with co-founder and Lineup Room studio owner Brandon Lackey) is riding high off the release of “The Living Game” and poised to have another monster year.

I’m personally hoping for a full-length project from the two, and hope that they will listen to the whispers and the buzz by entertaining the thought of giving us such an album. There is evident chemistry between the two friends and versatile workhorses that makes for a sound that can only translate as genuine. From a cross-genre perspective, there isn’t a forced element or an ounce of the corniness that sometimes accompanies this kind of collaboration. All of their records have the kind of strength and polish that can only come from trials and tribulations and years of fighting to create at an optimal level. I stand by saying that “4AM (Marat Leon Remix)” is the strongest of the bunch.

I strongly encourage you to check out both Marat Leon and MC Bravado by giving them a like/follow at the links below: