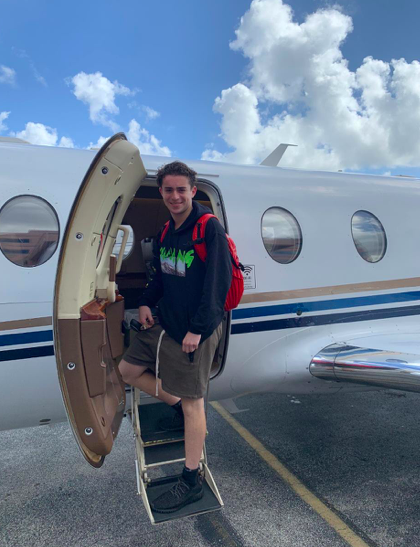 Alex Boro has managed to start up two successful businesses, by the time he was 20. Boro is truly a standout entrepreneur of Generation Z.

Boro shows how Gen Z knows how to innovatively use technology for problem-solving, marketing, and other aspects of running a business. Here is everything you need to know about Alex Boro.

Alex Boro is the founder of Boro Inc.- a business that works in reselling premium shoes. Boro was able to gain an advantage in the shoe industry through learning programming languages and started his business from there.

When Boro was 12, his brother encouraged him to learn how to code. Once he did, Boro decided to use his programs to help him secure shoe inventory and started up Boro Inc. From there, he would sell the name brand shoes at a decent price- and even started gaining recognition among celebrities who bought from him.

Later, Boro and Tanner Kesel would work together to found QuikTok. The idea for this platform emerged when their team noticed a correlation between TikTok and the Billboard Hot 100. The platform is intended to be an influencer market place, or a place where influencers can make connections to brands looking for promotions.

His QuikTok project has been gaining momentum and was pushed even farther when TikTok saw a sudden user increase during the pandemic. More and more brands are joining the platform to interact with influencers and hire them to make promotional content.

And all of this he did by the age of 20. Boro quickly learned the market and demonstrated how Gen Z can be creative with their use of social media.

Social media has had an impact on Alex Boro’s success- which is not surprising, as his businesses are based on using social media. Many Generation Z influencers also use social media to promote themselves, their favorite products, and gain a following. Boro adapted to this and was able to use it to his advantage.

The internet has been a major part of Boro becoming a recognized entrepreneur. It gave him a space to reach out to people and gain his following, which aided in marketing for his platforms.  Celebrities share positive feedback when Boro comes to drop off their shoe purchases, further spreading the news about his business to their audiences.

Alex Boro had the potential to become an entrepreneur from a very young age when he first started to look into programming. He was able to use programs he developed to give him an edge in the shoe resale industry and used funds from those endeavors to start Boro Inc.

Alex Boro also co-founded the platform QuikTok, which allows brands to hire influencers to promote their products and services.

Like many of Generation Z, Alex Boro knows how to use social media effectively, however, he also learned how to apply it to make it work for his businesses. This is the sign of a standout entrepreneur in Gen Z.

Colin Wayne Is The Mastermind Behind E-Commerce “Disruptive Innovation”