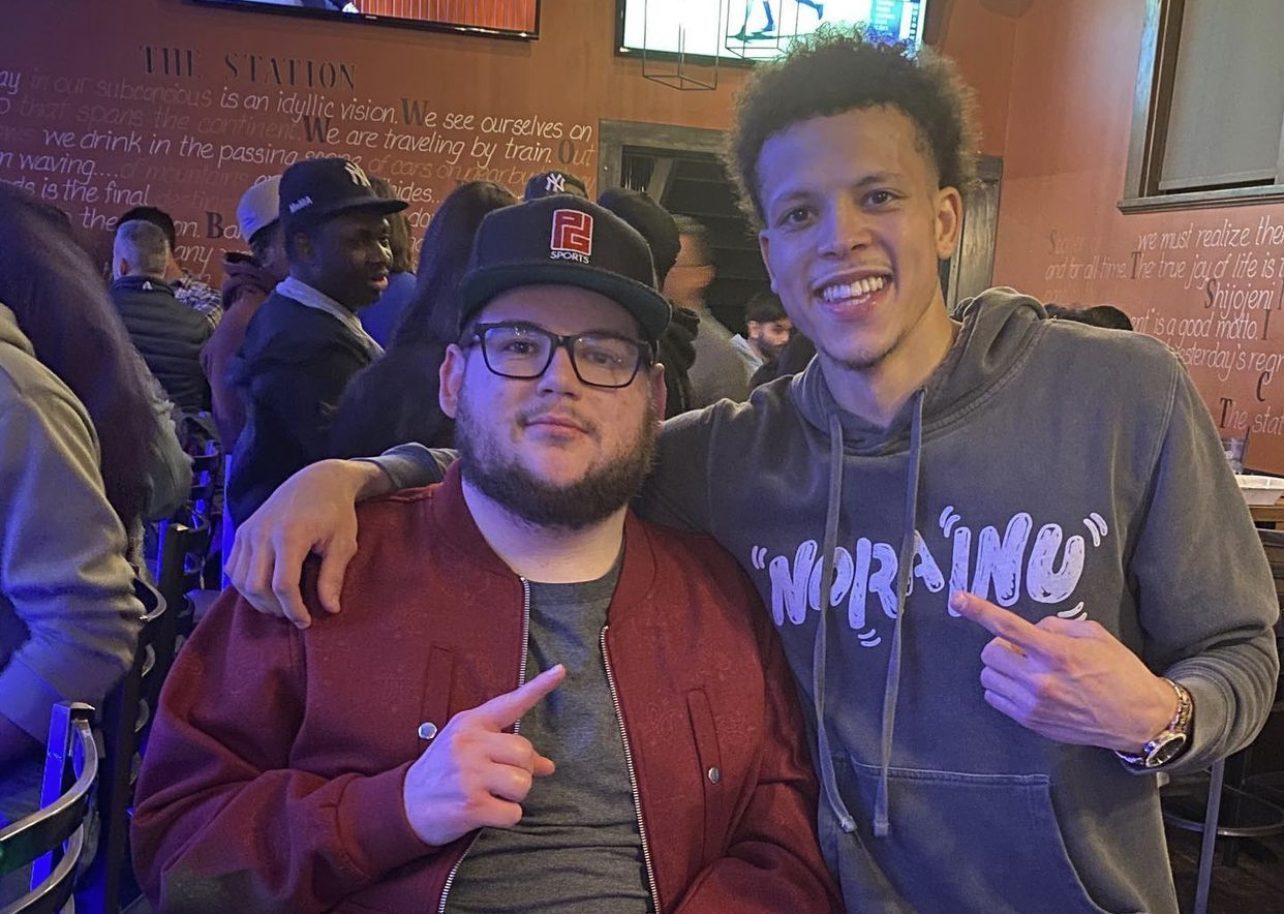 In the past, we’ve seen many different sports brands come and go. However, some brands have stood the test of time and have grown into massive enterprises.

Paul Guarino, with his company PG Sports, is hoping to take his business to the big time as well.

WHO IS PAUL GUARINO?

Before Paul turned 10, life was fairly normal. He did all of the things other young boys did and began to develop an early love of sports and athletics.

However, Paul would soon be diagnosed with a devastating disease that was to affect the rest of his life.

Specifically, Paul was diagnosed with SMA, or Spinal Muscular Atrophy, at the age of 10. After a few years, the disease progressed and, by the time he was in high school, he had to primarily use a wheelchair in order to get around.

But Paul never let this stop him from achieving his entrepreneurial dreams. He went on to Sacred Heart University where he first developed the idea of PG Sports.

WHAT IS PG SPORTS?

PG Sports had humble beginnings as a small Twitter profile. But then, the page grew in popularity to such a degree that Paul was able to transform the small operation into a full-fledged company.

He began producing merchandise and he was even able to get some big-name athletes to promote his brand. Now PG Sports is a management and marketing company for pro athletes from the UFC to the WNBA.

THE AVERAGE TO SAVAGE PODCAST

This podcast features high-profile guests, such as recording artist Nelly, and provides an entertaining conversation for listeners. Furthermore, Paul has had David Beckerman, the founder of the Brand Starter, on his show. This allowed Paul to see first-hand how to create a successful sports clothing brand.

A PASSION THAT NEVER WANED

Many young kids will develop passions which will begin to fade over time. Paul has never lost his love for sports and he has leveraged this love into the career of his dreams.

Most people would simply give up when faced with the adversity that Paul has seen in his life. From receiving a serious diagnosis at 10 years old, to being told that he would need to use a wheelchair for the rest of his life, Paul has seen his share of heartbreak and tough times.

But he never once allowed this to bring him down. He developed brilliant ideas and he poured his blood, sweat, and tears into making PG Sports great along with his other projects.

For anyone out there feeling as if life has dealt them an unfair hand, look no further than Paul Guarino. He has overcome so much adversity to get to where he is today. Now, he’s frequently interviewing his heroes throughout the music industry and, of course, the sports industry.

From NBA stars to NHL stars, there’s no telling who Paul might get to work with next. The sky is truly the limit for those who don’t take no for an answer.

Daxsen vs Virgin: Who is the more disruptive holding company and why?