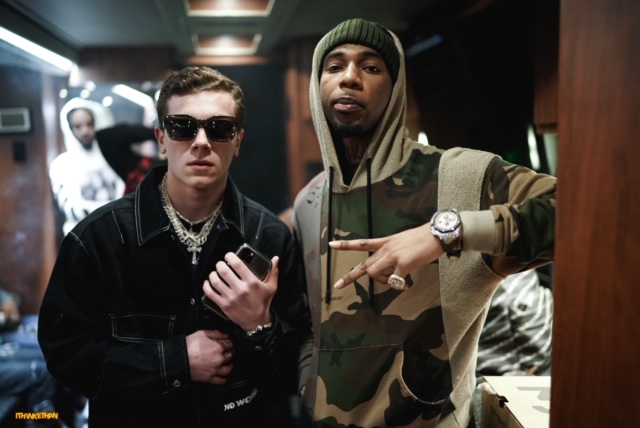 Growing up in Atlanta, Ryan Coliano also known as Royal Kickz was slightly different from the normal child – he was in business while he was 7 years. It was a no child play because, at 10, he was making an average of $500 per week. He was washing people’s cars, reselling items, among other side hustles. He says that the most important lesson that he learned while young was to be ethical while doing business.

Right now, Royal Kickz is a public figure having scaled his start-up to a 6-figure business. He sells the most sought-after shoes and rare to get, to celebrities. He has been delivering shoes for more than 3 years. His company has grown exponentially and created a footprint in the shoe industry. He is always busy, ensuring that he satisfies his clients by delivering on time and quality.

To ensure that he established a footprint in his niche, Royal Kickz started by focusing on customer relations. This was a longer route, but it paid off. “I would focus on one or two celebrities, only to ensure that I paid full attention to them.” This led to a long-lasting relationship between the clients and Royal Kickz.

“One day, a celebrity invited me to deliver the shoes where he was. I met many celebrities, and they were all asking for different shoes that they could not get.” Royal says. He exchanged numbers and promised them to deliver even the scarcest brands of shoes. “I ensured that I kept my words and delivered whatever I promised.”

After delivering, the customers would refer him to others, and that’s how his client number had been snowballing every day. “Today, I am in contact with big athletes, rappers, actors, and musicians. “I get orders from Mike Apps, Demarcus Cousins, Ski Mask, and many others.”

“To get where I am, I faced many hurdles,” Royal says. The biggest challenge for Royal has been his age. Starting entrepreneurship at a young age, nobody was willing to trust him. Secondly, in the shoe business, he started it with 100% of his money. During the initial period, he suffered because he did not have more money.

“When I was despised due to my age, I always wanted to prove everyone wrong by doing my business with absolute perfection.” This made Royal Kickz earn trust from iconic celebrities because they saw his professionalism in business.

Secondly, he had to learn how to talk to celebrities. It took him some time, but in the end, he became relaxed, and they could strike conversations with the celebrities. “I have remained serious with them and respectful as well. Sometimes they get urgent deadlines, but I strive to meet the deadlines to ensure that I do not spoil their operations.”

As the industry broadens, Royal Kickz has his way to ensure that he is serving his clients perfectly, and he is also growing. Being convenient and updated is vital in the industry as well.

He concludes by saying that in the ever-changing industry, he ensures that when there is a new release, he gets it immediately, or knows someone with it in 10 minutes. “This has kept me moving.” He ends.

Q&A| GOME GOMEZ: LEADING AN ESSENTIAL BUSINESS THROUGH THE PANDEMIC