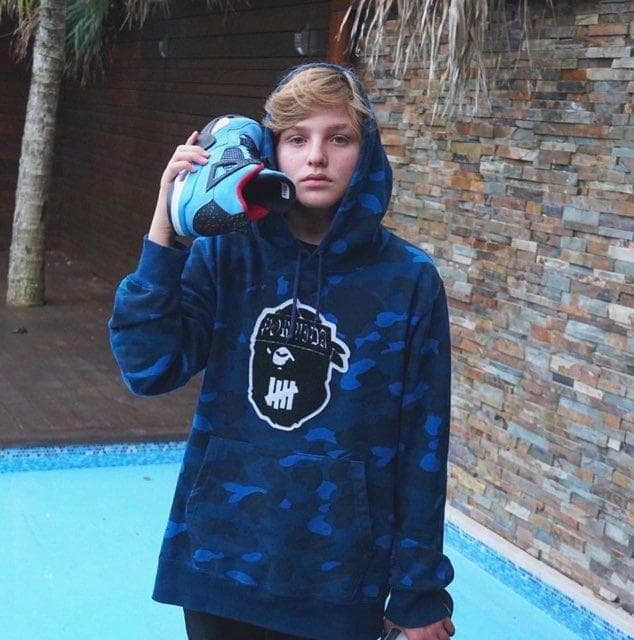 When you hear of a person who makes $30K a month, the first question that comes to mind is, how do they do it? Joa Enkin is a 16-year-old entrepreneur who has managed to build a business and scale it to 30k+ in commissions. We had a chat with this teenage entrepreneur to get an idea of how he managed to do it.

Joa Enkin (Joatheplug) is a celebrity marketer. He has worked with A-list celebrities such as Lil Pump, Trippie Redd, Swae Lee, Lil Mosey, Polo G, Gunna, and many more. This young entrepreneur was born in Toronto, Canada and raised in Miami beach. From an early age, Joa had a passion for entrepreneurship. He quickly developed a habit where he would identify a problem and monetize it by solving it.

Joa started out by selling exclusive sneakers to celebrities. Maybe it was his age or his friendly personality that made him a favorite with the celebrities. But in a short time, he managed to build connections with the stars he interacted with, and develop relationships.

He took the connections he had built and started a celebrity marketing brand. His business is to connect big brands with Influencers/artists to host big giveaways. Joa saw Instagram as a potential gold mine. He used the platform to post with celebrities like Lil Pump, Trippie Redd, and many others. These posts helped him gain a massive following of over 100,000. A significant number of his followers are the celebrities themselves.

Making it Big With Celebrity Marketing

Joa is a talent broker who connects A-list celebrities with big companies for promotional purposes. This job helps him provide talent to companies that are giving away thousands of dollars to people who join their giveaways. Currently, Instagram giveaways and contests have become the leading way for enterprises to generate traffic, boost engagement, and increase sales. Instagram accounts that hold giveaways have a 70% faster follower growth than those that do not.

Joa’s work also helps celebrities boost their profile because they get to build their reputation as personalities who give back to their fans. Joa’s ability to secure the right talent for the giveaways has been a highly lucrative venture for him. He has managed to make over $30,000/month earning commissions on delivering celebrities for giveaways and doing other promotional business. Joa’s job is highly engaging and requires constant communication with brands and celebrities. Yet, this young entrepreneur loves what he is doing so much that he is on the phone 24/7, and it doesn’t feel like work for him.

Joa advises upcoming entrepreneurs to believe in themselves and to build a successful habit. This successful habit calls for one to create a daily routine that helps them work towards achieving their goals. Joa follows the normal cliches that include eating right, exercising, and managing your time effectively. It’s easy to be motivated when you love what you are doing. It doesn’t seem like work when you are on the phone making deals and connecting with cool people and having fun doing it.

When it comes to managing stress, Joa states that he doesn’t get stressed. He balances his career life by taking time off to jet ski, shoots hoops, play video games and hang out with friends. Joa also advises upcoming entrepreneurs to focus on networking. Networking helps you as you get to build a database of key contacts that will help you scale your business.

Joa saw an opportunity in the online marketing space and used his connection to A-list celebrities to build a brand. He has achieved massive success so far, and there’s no doubt that he will continue to develop his brand more and he may even end up being a multi-millionaire by 21 years old.

Q&A with Guillermo “Memo” Salinas: Inside One of Mexico’s Most Legendary Entrepreneurial Families