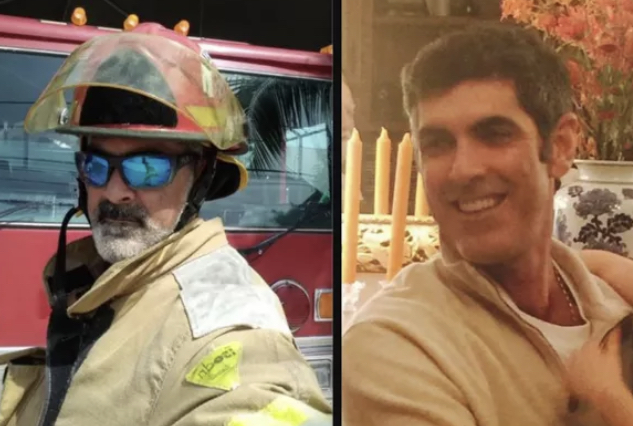 “I’ve seen trauma my entire life and career — and I feel I can be of value and service to those in need,”says Minitello.

In 1999, Minitello was nominated for exemplary service and community work by his peers of over 2,000.This lead to him becoming a recipient of the “Star of Life” award in which he states that his mother was“very proud.”

Minitello endured two reconstructive back surgeries in 2007 and 2011, causing him to retire as aParamedic Firefighter. The first surgery came at the result of carrying an unconscious patient down astaircase to safety. While Minitello has performed this duty numerous time before, in this particularinstance the patient had woken up in a shock, causing Minitello to trip backwards down the staircase and injure his back. He currently has eleven rods and thirteen screws in his back due to the accident.

Minitello states that after the time he has spent in retirement, he has been called to bring “value andservice” to the people suffering in Ukraine during this time. Although his condition is not 100%, he feelsgood enough to head back into the field, volunteering his time to contribute medical services to those inneed for three months.

“I’m going to be of service wherever I am needed, period. With my licenses and my skills, I can be ofgreat benefit to people in need of medical services,” says Minitello.

He will be leaving behind his wife and 10-year-old daughter whom Minitello states are “scared” but alsoknow “where his passion lies, helping out people and doing good for others.” His family and friends held a small gathering wishing him well before embarking on his journey to offer his aid and support to those in Ukraine.

Minitello is one of many brave Americans who have vowed to stand with Ukraine to offer aid, support, orserve in the military.

“I have been retired for 15 years. What has motivated me is sitting on the couch watching innocentpeople get hurt, knowing that I can make a difference in their lives. If I am able to spend ninety daysthere and touch one hundred people per day, can you imagine helping 9,000 people in three months?That’s what my goal is, that’s what my mission is,” states Minitello.

Related Topics:FirefighterFundingUkraine Crisis
Up Next