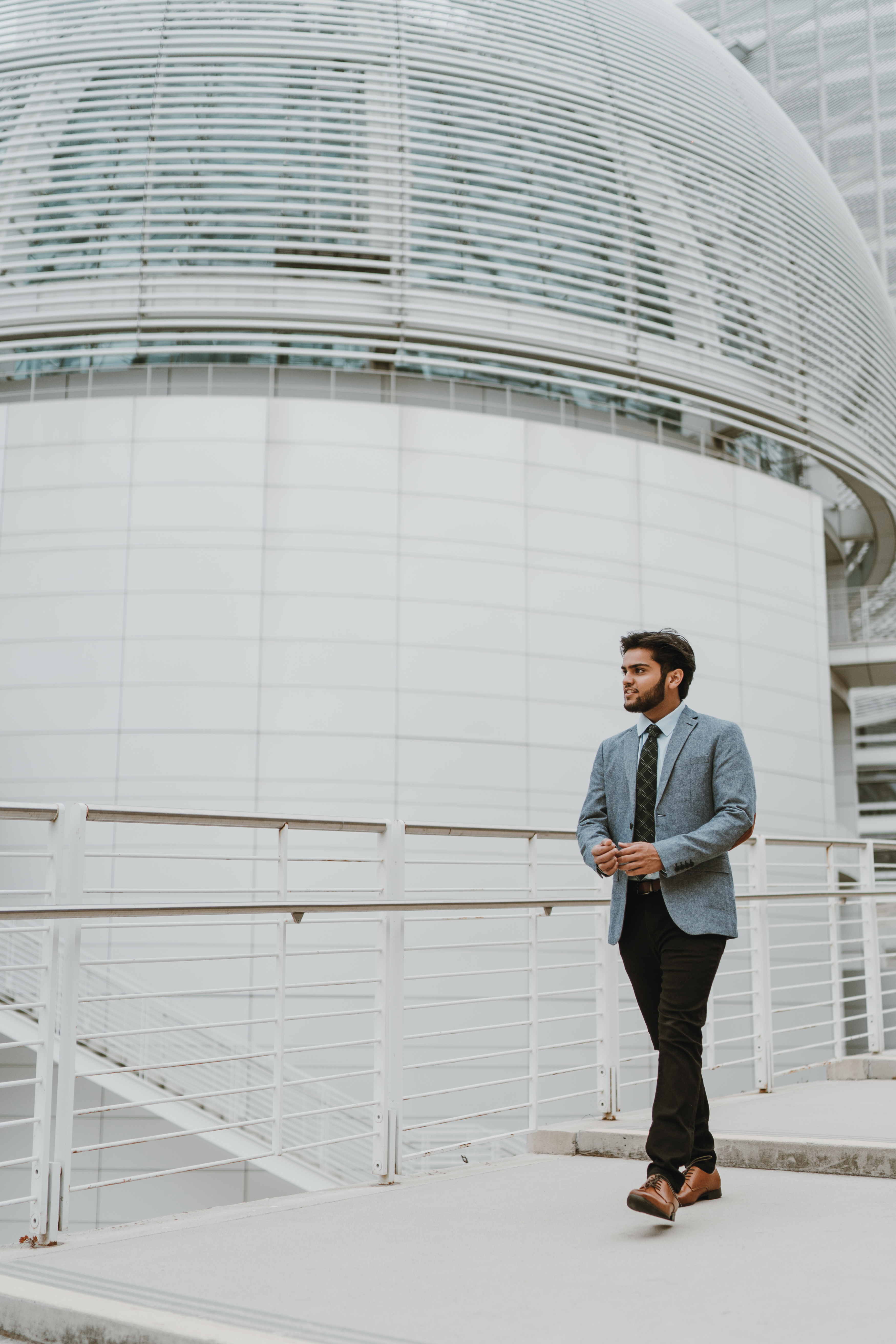 Mihir Sukthankar is an 18-year-old from the Bay Area, California, who is working hard to change the world of stock trading for generations to come. This innovative young businessman is making big strides in providing a welcoming and informative environment for those who are new to trading, in contradiction with the traditionally cutthroat backdrop of the stock market.

Clearly, Mihir didn’t waste any time waiting on opportunities to come to him. Starting early in high school, he taught himself trading to earn an extra income. At the same time, Mihir started learning how to code and started building websites for clients and nonprofits. Whether it was coding and building websites for nonprofits worldwide, or teaching lower-income students how to code, Mihir had his days packed even before creating his own businesses.

“Opportunity waits for no man. Nobody gets lucky in the world of business; they attract that ‘luck’ through taking action and challenging themselves,” Mihir says. While trading started out as a hobby for him, he soon discovered that this was something he loved doing and realized he had found his calling.

What truly turned this into a career-shaping opportunity for Mr. Sukthankar was the realization that others were going through the same struggles he had while trying to learn trading. He found that the resources available to those starting out were expensive and often disappointing, with few offering concise sets of information truly geared toward helping beginners.

Trader Circle X was born from this idea, and a couple of years later the organization has grown to helping more than 4,000 members take control of their financial future through his team’s signals. Now, Mihir is also working on two additional platforms that will change the way people trade forever, he says.

BoostedQuant aims to create algorithms that design sequential investment strategies for future financial markets. Market Dice, Mihir’s newest project, offers the most concise and relevant market information in the form of newsletters. But, he also hopmes the commonpthis lace platform to learn all there is to know about the market.

There’s No Such Thing As Failure

Mihir’s childhood has played an influential role in making him into the leader he is today. Mihir says that his parents have always reinforced one lesson: “Anyone can touch the sky with enough effort, hard work, and perseverance. However, you have to remind yourself of the values that bring your feet back onto the ground.”

Mihir doesn’t believe in failures. He believes in lessons. Everything he’s been through, whether winning or learning, has molded Mihir into the person he is today. Mihir has already accepted the challenges that being in the stock market poses. His mental fortitude and love for what he does have already catapulted him to a position he had never believed were possible.

When the going gets tough, his insatiable will to achieve his dreams far outweighs any temporary rough patches. Mihir often reflects on the teachings of the late, great Kobe Bryant: “My brain… it cannot process failure. It will not process failure. Because if I sit there and have to face myself, and tell myself, ‘You’re a failure’… I think that’s almost worse than death.”

According to Mihir, people allow life to get in the way of them being able to follow their dreams. He’s not suggesting that people shouldn’t have a ‘Plan B’ for when things don’t go exactly as planned, though. He suggests that if someone’s life is not going the way they want, they have to ask themselves what they’re going to do about it. “This is where sacrifice becomes the most vital part of the path to success. What will you sacrifice for your success? How will you take the initiative to reach your fullest potential?” Mihir says.

He maintains that most people let someone else or something else take the initiative for them, which will not change a thing in the long run. According to him, the key to personal development is the personal aspect; people should take the initiative and begin the process of changing their lives themselves. However, people should make sure that it’s something they really want, and that they aren’t just going through the motions and letting life happen to them. “Your actions and your values should dictate your circumstances,” Mihir adds.

It’s clear that passion drives Mr. Sukthankar’s endeavours, and he looks for that passion is not only his partners and employees but in his clients, as well. While customers are everything to him and his team, he is also quick to call them out.

He hates when passion is secondary to a client and remarks that it’s easy to see when clients are just interested in forcing a new lifestyle for themselves without putting in the hard work required. He remarks that he doesn’t want an uninterested client to simply squander their hard-earned money by not taking his teachings and work seriously.

Mihir is currently in the process of opening his own hedge fund. With his continued innovation, he is poised to completely flip the investment fund on its head, as he hopes to lead the way for a new generation of traders. Mihir also plans on opening up his own prop firm and maybe finding himself on the Wall Street floor.

At the end of the day, Mihir wants to focus on building a trading community based on compassion and integrity rather than competition. “The money, fame, and luxuries eventually fade, but as they say, people always remember how you made them feel, and these values are the greatest assets you can have,” he says.

Feel free to follow Mihir on Instagram at @mihirtrades to keep up with what he’s doing and gain some valuable trading advice along the way.