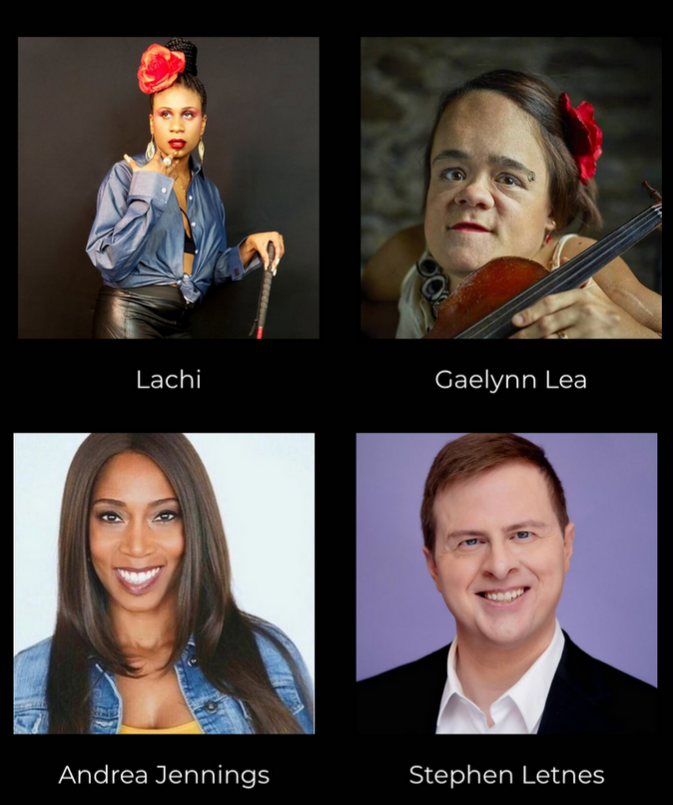 A new voice in disability advocacy has emerged, but with a different, more modern tune and approach. RAMPD (Recording Artists and Music Professionals with Disabilities) an organization made up of accredited and established creative artists and professionals, launched Friday January 21, to amplify disability culture and promote accessibility and inclusion in the Music Industry. And they are not looking for handouts, but are looking to be seen as the competitive professionals they are.

Founded in 2021 by voice actress and EDM recording artist of note Lachi, RAMPD aims to shift the way professionals with disabilities are viewed by helping major broadcast events showcase ramps, captioning, ASL and self-description, and by having high-visibility partnerships with established giants in the industry like the Recording Academy.

Bringing Disability Culture to the Mainstream

By design of their virtual launch, which was hosted in part by the Grammy Museum Experience at Prudential Center, and their sleek website and creative logo, RAMPD is branding itself as an elevated contender in the Music Industry. Co-founded by singer, songwriter and violist Gaelynn Lea, and founding members Andrea Jennings, an inclusion strategist, and Stephen Letnes, a film composer, RAMPD’s one sheet states “disability is a natural form of diversity” which deserves to be discussed at the mainstream level.

Creators with Disabilities Take Action into Their Own Hands ㅤ

Words shown on screen between the event’s musical performances were narrated by Thomas Reid, an audio description voice actor. The text revealed figures provided by the group Attitude Is Everything that 70% of musicians with a disability conceal the fact for fear of damaging a relationship, and that 1 in 5 musicians must cancel a gig due to lack of access. RAMPD aims to change this.

Shoutouts poured in from the Kennedy Center to Recording Academy members to C Talent, a talent agency that represents disabled celebrities. RAMPD’s message is very clear. Recording artists, creators and industry professionals with a disability deserve to be treated equitably, and it starts with changing the way disability is perceived culturally.

In a Forbes article last fall, Lachi spoke on how it’s up to creators with disabilities to change the narrative, stating, “Let’s start thinking outside the box because we’re already not in the box. Folks with disabilities should celebrate the fact that we’re the disruptors.”

Membership to join RAMPD as a professional or as an ally can be found on their homepage through RAMPD.org and on their social media.