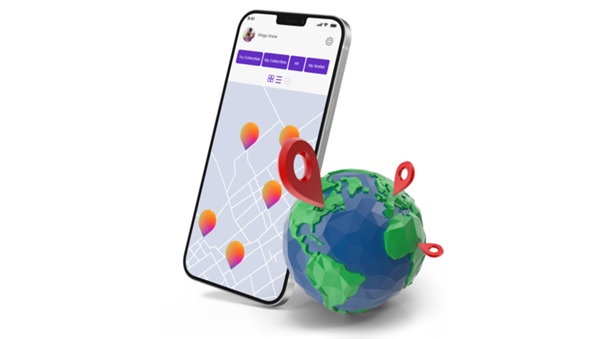 New World Inc. has made a patent application related to the Geo-Pinning of Augmented Reality (AR) objects to the United States Patent and Trademark Office. Receiving the patent-pending status with USPTO for its technology is a first step for the company in its pursuit of patent protection across the US, Canada and Europe as well to establish itself as a pioneer and technological leader in the realm of AR platforms.

This patent application is a first of many that the Canadian AR NFT platform has planned to file in the US, and internationally, for securing exclusive rights to their technology. They will be pursuing protection in the US, Canada, and Europe, but are not limiting their ambitions only to those markets. New World Inc. will also be filing a patent cooperation Treaty (PCT) application for obtaining international patent-pending status. This will allow the company to reserve foreign patent rights in the member states of the PCT, in other words – they will reserve these patent rights globally.

The specific details taught in the application will remain confidential for at least sixteen months from the filing date. However, the patent-pending technology is reportedly applicable to a broad range of online services where multiple AR objects are displayed to users using pinned locations on a map. It provides a novel process for both validating and managing the relationships and simultaneous display of multiple geographically pinned AR objects to a user.

The purpose of the patent-pending technology is to reduce networking and computational requirements when displaying AR objects on user devices. This represents an improvement over state-of-the-art technologies related to geo-pinning of 3D objects by increasing the efficiency of data transmission, adding flexibility, and is particularly useful for reducing the cost of scaling back-end infrastructure to meet an increased demand from a rapidly growing number of users.

This patent application is a first stepping stone towards a strong IP portfolio tailored to protect its investments in R&D, deterring copycats, and seeking legal recourse against companies that use their technology without a license. New World has also invested time and effort in establishing a structured timeline for filing additional patent applications related to geo-pinning technologies developed in-house and showcasing its technological superiority over other AR platforms.

You can check out New World Inc and keep up to date with their coming collaborations and partnerships at http://newworldinc.io/

Related Topics:New World Inc
Up Next

Asif Rehman’s ‘Billionaire Concierge’ has taken the industry by storm.

All You Need to Know About Wakanda Inu ($WKD)