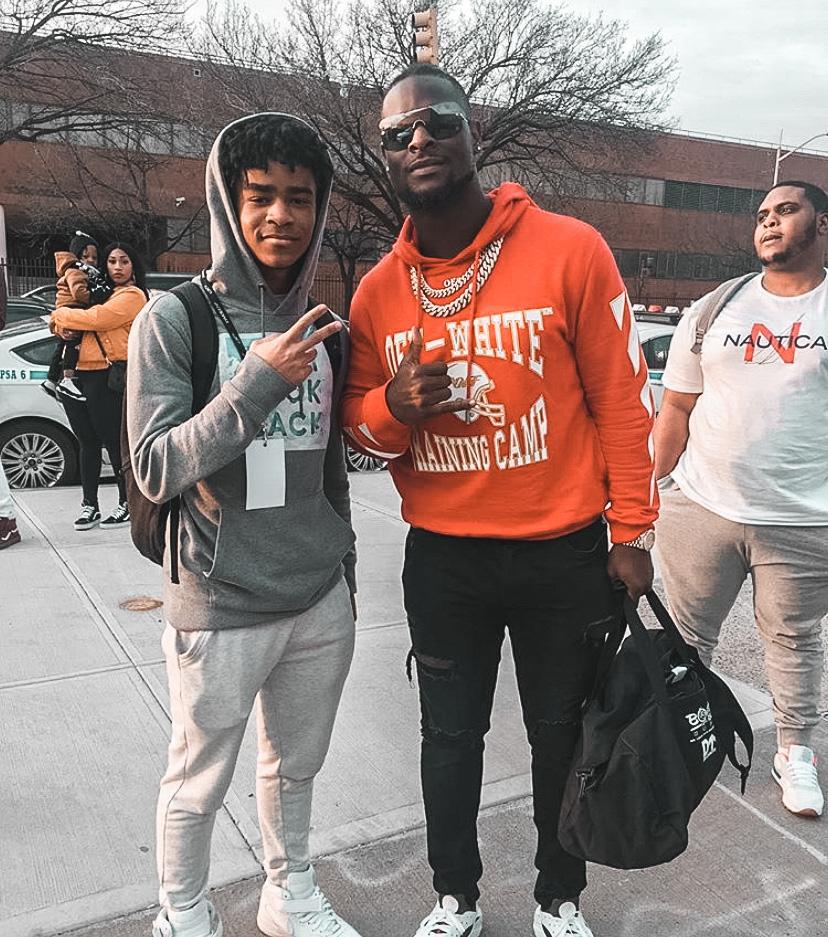 Not many people go from being behind a screen editing YouTube videos to being on the sideline of an NFL game. Videographer and photographer Mike Hunter did just that in four years. Recently hired by the Buffalo Bills for the 2020 season, Mike is one of the youngest content creators at the age of nineteen working as an NFL live correspondent. At such a young age Mike did not expect to be in the thick of his dream career; however, he does not intend on stopping here. From his humble start on YouTube making highlight videos to his first commission from Juju Smith Schuster for his USC highlights, to having OBJ reposting his video on Instagram. Mike is continuing to promote and expand his brand to more players and more companies.

While the NFL and its players may be his more well known clients, they aren’t his only. His brand knows no limits as he often does work for Soul Cycle and Bleacher Report doing promotional videos. His work for Bleacher Report is extensive including highlight mixes for Luka Doncic, Trae Young, Shariffe Cooper, Jalen Johnson, and Posh Alexander. Mike proves himself to be a jack of all trades covering multiple sports across multiple leagues across the country.

Much of his content though would not be as successful without the connections he was able to make Atlantic Records and EMPIRE. Mike’s innate ability to network opened up the music industry to his brand. As many content creators know, music can make or break a video given the context and rhythm of the video. Now he is able to combine his videography work with the hottest tracks and post them on all platforms. Mike elevated content has given him an edge over hundreds and thousands of other aspiring content creators when applying for the NFL correspondent position.

Mike Hunter has put in the personal and professional effort in order to successfully build a brand for himself. Now Mike is living out his dream at the ripe age of nineteen. His content can be found on nearly every platform–YouTube, Twitter, Instagram, ThunderProd.net, and Facebook–under the name Thunder Prod. Considering the extensive reach of his brand is at the moment, there are no limits to where and when he and his content could go.

Mike Hunter is proof that age doesn’t matter when the passion and dedication is there. So when your favorite NFL player reposts an edit or the league shares clips from a game, keep an eye out for its producer, Mike Hunter.