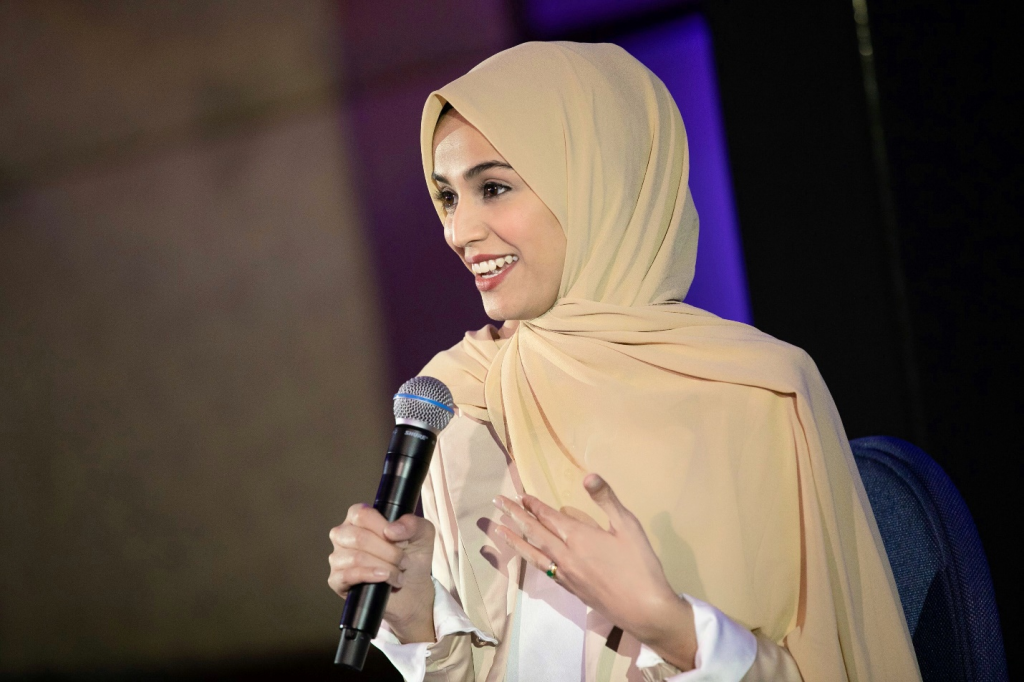 Nilly Naseer-Farooqui grew up surrounded by personality development theories. Her parents owned many books in this genre, and she grew up reading them before she could fully understand what they meant. Her father had Jack Canfield audiobooks that they would listen to together. These ideas ended up shaping her thinking from an early age. When she was nine or ten years old, a class assignment had her make a little book and write a story. Hers was about “personality development” where each chapter was about one of the people she had read about. By the time she was eleven years old, these books had ingrained the conviction in Nilly that you had to exhaust all your resources and try everything you can, before saying “you’d given it your best”.

How it all started

As she grew up, Nilly had a strong interest in technology. She spent her free time trying to figure out how web applications worked and trying to build something of her own. When Myspace launched and became the first big social media phenomenon, she made HTML templates for people’s profile pages. It was a hobby, just something fun she’d do after school. But looking back, she realizes how helpful it was to learn such a useful skill like coding so early on. The templates were so good, she could’ve easily asked money for them and started her entrepreneurial career at the age of eleven.

Her public speaker career had a similarly early foundation. In her senior year of high school, she had to start a blog for a sociology class. She kept the blog, and her first post was very personal. Nilly had been wanting to start wearing a hijab, and she decided in her senior year to start wearing one outside of school. This post was titled “Hijab: Is it Oppression or Liberation?” Her teacher read it and was so impressed by it that she asked Nilly to do a talk at the diversity organization she was involved with. This was her first public talk.

While Nilly was applying for college, she wasn’t sure what to do. Her father encouraged her to pursue computer science since she had a natural penchant for coding already. Her studies proved to be one of the more challenging undertakings in her life. Not only was the material difficult, but it was, and still is, a male-dominated field. She was the only hijabi there, and she often felt left out and like she didn’t quite fit in.

The means justify the end

In the middle of her second year, a lot of people began dropping out or changing majors. Nilly too considered this. Her father sat down with her then, and asked: “Do you want to stop because it is hard, and you think you may be able to understand it with a little more time? Or do you want to quit because you dislike the field? If it’s the latter, you have my blessing to switch. But if it’s the first, I don’t think you should give up just yet.”

Nilly realized that when she had understood the material the previous year, she loved it. She decided to persevere and found her passion again. Although the next two and a half years were academically the most challenging, they were also the most rewarding.

This taught her not to run away from things she feared anymore. When she was little, she’d pretend to be ill to get out of assignments that made her anxious. She would hide from her problems. Pushing through in college caused a mental change- she faced the challenge and succeeded. She had truly given it her best. This change would stay with her for the rest of her life.

Instead of the end justifying the means, for Nilly, it’s the means that justify the end. She doesn’t have a personal mission that she chases as her goal in life. Instead, she has learned to focus on three things: to be spiritually alive, to be active, and to follow her passion. Every morning, she wakes up determined to meet at least one of those goals. By doing this, she never lets a day pass her by, and always finds a way to make each day count. She’s found that this focus ensures that she has something to pursue that gives her fulfillment. It also allows her to act from her true self, her spirituality, and live her truth.

Nilly’s current project is a book on cultural patterns. It is the product of her observations of South Asian and indigenous cultures, how they differ from each other, and especially, what kind of intergenerational patterns they pass down. These patterns are culturally condoned and endorsed but are psychologically harmful to the people forced to comply with them. Her goal with the book is to break these patterns.

She wants to juxtapose culture and religion. The two are often seen as closely woven together or even the same thing but are separate guides for behavior. More often than not, culture is held to greater importance than religion, and because of this, cultural laws trickle down into religion, making it extremely hard to argue against these laws and taking away rights that were granted by the religion previously.

This is one of the reasons why the media portrayal of Islam is so negative; the media focus on the cultural aspects of Islamic people and not the actual religion. Honor killings are denounced in the media as a negative aspect of Islam. But honor killing is not permitted in the religion of Islam, it is purely a cultural practice. Similar cultural rules that are masquerading as religious rules are the beliefs that it’s better to have a son and that daughters are a burden. Nilly herself grew up Muslim, but her family had two daughters. She and her sister were never treated as if they were lesser than sons, or that their parents would’ve rather had sons.

Another big example of culturally dictated behavior that is damaging is the demand to have family units in joint living arrangements, with multiple generations and family units together in one residence. This practice has its upsides but surely has more downsides. The lack of privacy and increased meddling in private affairs causes interference in marriages and family structure, which is then passed down to the children. It hurts everyone involved. As an extension of this, it is deemed disrespectful when a younger person politely points out when an older person is wrong about something. Therefore, children never grow up believing they can stand up for themselves, as doing so is branded as disrespectful to the elders and undesired behavior. This is very damaging to a person’s self-worth, and it keeps being passed down the generations.

Nilly’s book isn’t so much meant for readers outside of the cultures it describes, although she’ll welcome any improved understanding and solidarity she may cause with it. Her main goal is to reach audiences within these cultures so that they can realize that these cultural demands on them are not religiously mandated. That choosing what is best for their wellbeing, even if it goes against the cultural rules, does not go against their god nor their spiritual callings. In this way, she hopes to break these generational patterns and inspire healing in her community.

Related Topics:culture and religion
Up Next

How to Empower Women to Succeed and Thrive Globally