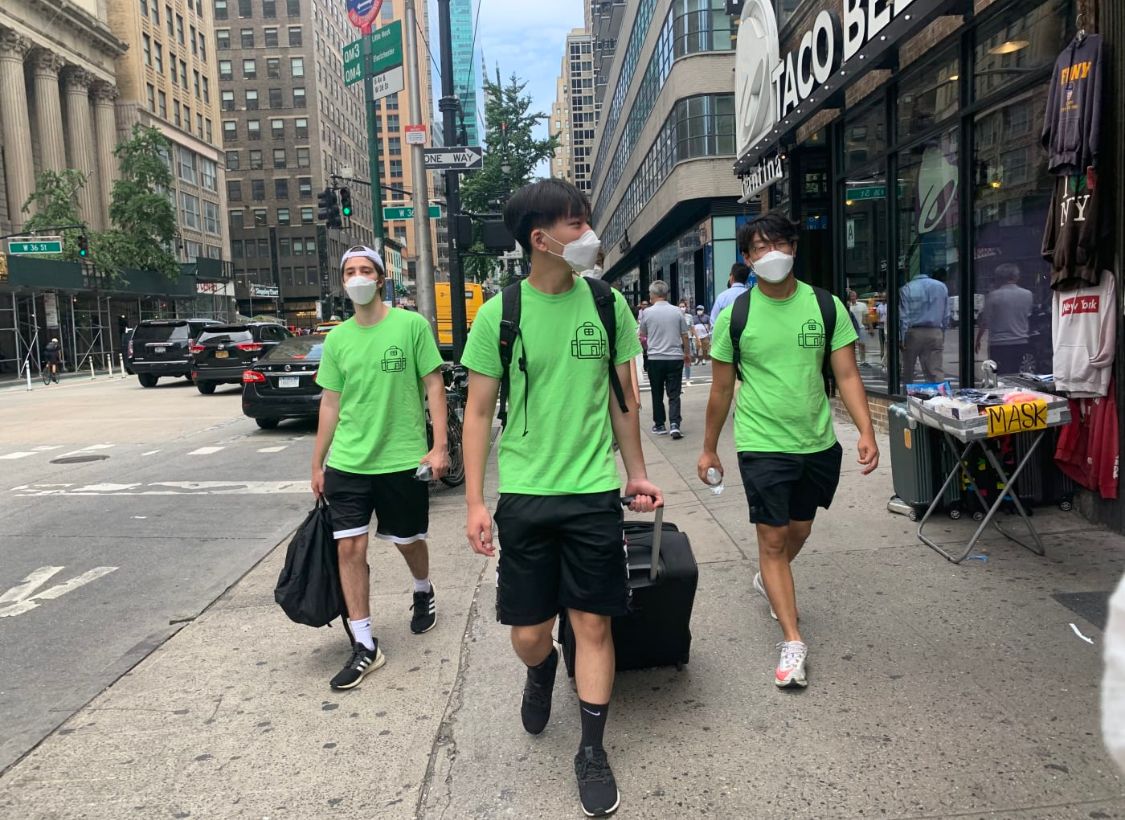 The homeless crisis in New York City was a problem that many city officials tried to fix long before the COVID-19 pandemic swept through the United States and the rest of the world. The resources that were available to the homeless ended up shutting down for a period of time which made it hard for people to access basic necessities such as food, bathrooms, and shelters. While many people had the chance to work from the convenience of their home, the homeless had nothing.

This is where a select group of teenagers from Bergen County, New Jersey stepped in to create change by founding an organization called Beyond a Goal (B.A.G). The founders of the organization—Namhoon Lee, Jaeho Cho, and Dylan Kim— saw the ongoing crisis which needed immediate attention. As high schoolers already boggled down with virtual learning, they thought of less fortunate people who did not have the chance to have a home. Lee, Cho, and Kim decided to pitch their idea of creating backpacks filled with hygiene kits, extra shirts, and protein bars that would be distributed to homeless people throughout the NY/NJ area: The epitome of Beyond a Goal. The response was overwhelming.

The group shared their idea to a close number of friends and family members and received outstanding praise. Members started to join the club and donors flooded the GoFundme that was set up in order to have a wider reach.

In order to fund the distribution of the backpacks, the founders decided that a fundraiser would be the best way to interact with the local community and spread awareness about the cause, but also to collect donations from people that are willing to help out. As a token of appreciation, a candy bag would be given to donors that donated $20 or more.

The founders wanted to create an organization that was independent from their school in order to have a direct one-on-one interaction with the homeless. Lee stated, “It is a rewarding experience to not only directly hand out backpacks to people that need them, but also to hear the stories that come with it”. The heartfelt stories that come with the mission is paramount to B.A.G.

The organization started out as a 3 member team creating candy bags and backpacks, but as of October 2021, the organization includes over 15 members and over 70 backpacks have been distributed either to the homeless or shelters. A recent shelter that B.A.G. worked with was the Hoboken Homeless Shelter located in Hoboken, NJ. The surrounding community in Hoboken has up to 1,000 homeless men, women, and children roaming around the streets. B.A.G was able to hand out over 50 backpacks at the shelter.

Through local fundraisers and online donors, the organization raised over $4,300 in the past 3 months. With the money raised, B.A.G works with various wholesalers to get materials that would be included in the backpacks at affordable prices. The rising costs of hygiene kits and backpacks are making it hard to source the contents of the kits, but B.A.G is committed to helping the homeless no matter the cost. The work that goes into finding affordable wholesalers to fill up backpacks is a tough task for a couple of high schoolers, but the impact that it makes on people is worthwhile in the end.

As Beyond a Goal nears its first year in real action, the organization is proud of the progress that was made during a difficult time. The members and donors were all important components into what made Beyond a Goal successful. However, there is so much more to do and so many more people to help.