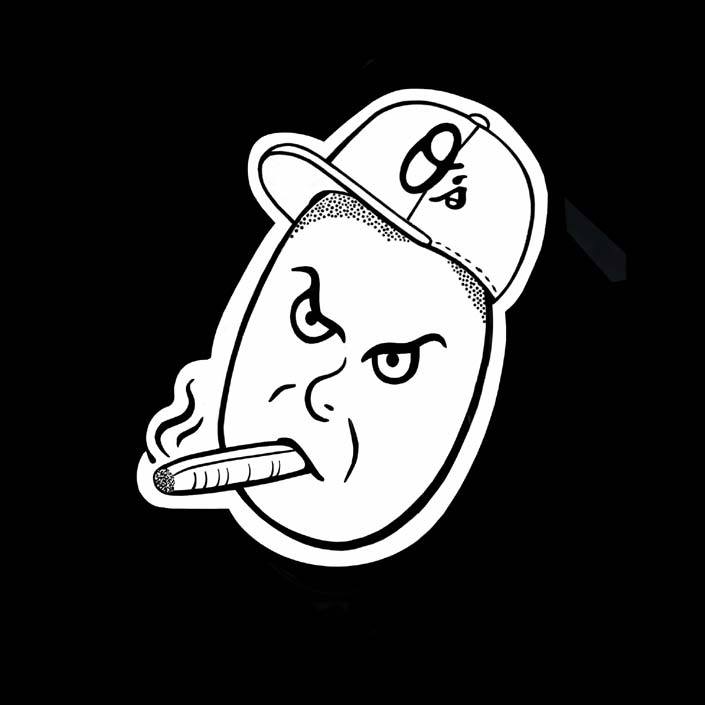 O-Creep's Official Logo: A Cartoon Portrait of Himself

Today we are here with O-Creep, a rapper from Southern California. A veteran in the Orange County hip-hop scene, O-Creep has an impressive resume with a solid reputation to back it up.

Quick little intro about yourself?

I’m known as O-Creep, but on these streets I was raised on, I’m known as Jay Stomp. I’m one of the pioneering artists from Orange County in the Southern California Hip-hop scene. I’ve also been on a number of podcasts and YouTube channels.

What song/songs have you been the most proud of?

Too many too name but one of my favorites is definitely Southern Cali Bounce.

What artist/group would you say have been the biggest influence on your music?

Easily all the pioneers like Eazy-E, Ice Cube, Dre, and MC Ren for starters. I’m also a big Prince fan. As well as a big fan of Funk music.

What projects do you have in the works currently?

I have a single we’re working on called “Pull the Trigger.” It’s a throwback to the electro-funk era and groups like Newcleus. We had to throw that Southern Cali Gangster touch to it without a doubt

What would you say is the biggest pet peeve you have regarding other artists or the state of music locally?

It really bugs me how people lie to an artist and tell them they’re good, when in actuality they aren’t really good. I see a lot of artists who, in the past would have been booed off stage, get lied to being told they’re good. It’s really bringing down the bar for good Hip-hop.

Do you have any plans to expand outside of music?

Yes. Unfortunately, I’ve ran into a lot of personal issues at the moment but I’m planning to definitely expand.

Hemingway once said that we grow in the art form we partake in (paraphrasing) – Do you feel you have grown as an artist/writer? In what ways?

I’ve perfected my writing skills where I can place my lyrics down to a tee as to where they are going to be down to the second. I really try not to write the same style in any of my songs, so it’s really made my style unpredictable. But that’s what I hope keeps my fans coming back for more.

Do you have any hobbies outside of music?

I love to paintball and work with my son’s on martial arts with them. I’m really into following the stock market and crypto. I also collect horror and wrestling figures. It’s a hobby me and boys share together.

Legacy seems to be important when it comes to any art form. Is leaving behind a legacy or inspiring future artists through your work important to you? If so, have you seen how your work has influenced a new generation of artists?

I’ve definitely left my mark on my city and people who have followed my career. There was never a Hip-hop artist who came from my area and got the recognition that I’ve received. I hear a lot of styles of rapping I’ve done in other artists songs as well as concepts. Which is all good cause I know there paying attention to the moves I make. Be nice if they gave a little credit where credit was due though, but that’s the nature of the game.

Thank you for the interview, drop your social media links!