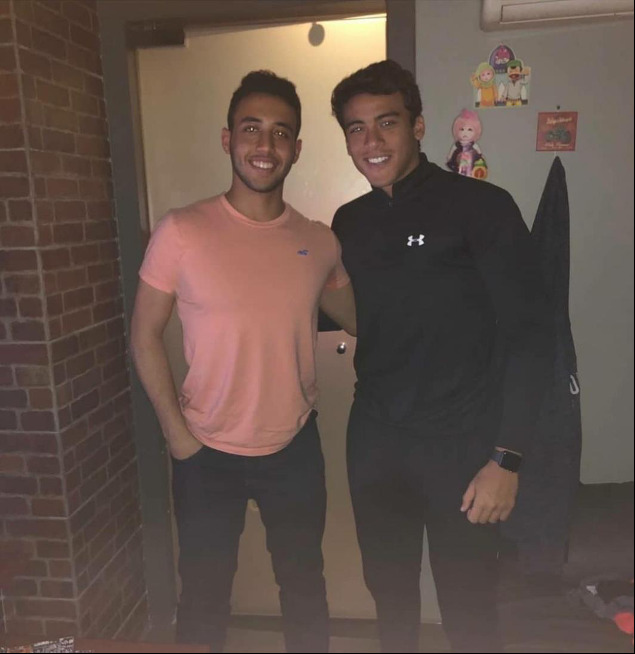 Aiming to become a successful actor, the Egypt-born Omar Radwan now is putting his best to fulfil his life’s ambition. In fact, the process of making an actor is already on as Omar is putting hard labour towards this.

Since success always comes after hard struggle, efforts and channelizing passion in the right direction towards the realization of the goal, Omar is sure to achieve this. After all, hope is the only thing that never dies.

As the Almighty God helps those who help themselves, Omar will certainly emerge victorious in his struggle and turn very successful in his acting career in the near future. The Big Things coinciding with a Big Break in acting will certainly come on his way.

Born on April 14, 2002, in the ancient city of Alexandria in Egypt, Omar who stands at a good 177 cm (5’10) will help himself to become an actor as this is a good height for the silver screen.

Omar comes from a well to do Egyptian family. His family also has a good social status and respect in society. His family and social background made him suave with good articulation which is needed for a successful film career.

These are a plus point for Omar as it would help him to interact with the major figures of the international film industry in a better way.

Here, it needs to be mentioned that Omar is an ideal example of how a person can overcome certain health-related problems and go ahead with his ultimate career goal of acting.

He changed from one field to another to stick to his ambition of becoming a successful actor. He is trying hard to develop his qualities to portray the characters or roles given to him by the directors in their right perspective or in the best possible way.

Let us throw a little light on his life. Omar suffered from Nephrotic Syndrome, a type of kidney disorder, since the tender age of two. The Nephrotic Syndrome continued for 10 long years. After it, another jolt came to his life. His father who was in the Egyptian military before getting into the U.S. Embassy died.

At that time, the family of Omar was living in Virginia. Soon Omar returned to Egypt after leaving his elementary school in the USA.

Back in Egypt, Omar joined the Riada American School. After this, Omar had an opportunity to show his swimming talent as he was selected for the Egyptian national swimming team. At that time, he was 14.

One year later, Omar shifted to Cairo and got admitted to the Narmer American College.

His ambition to become an actor, something that happened early in age, continued. Omar began to contact actors and agencies globally. He succeeded in giving auditions. He is very passionate about becoming a successful actor in the immediate future.

About the academic background of Omar, he studied Business at the British University of Hertfordshire. But he dropped out as his family did not approve of his studying Business.

After this, Omar joined two different colleges for a semester each. Again he dropped out to join Chemical Engineering at Sheridan College in Canada, where he is currently studying.

But his heart is set on acting. This is the reason Omar is planning to complete his degree and set out fully to turn into an actor.

The day is not far when Omar would be flashed on the cinema screen doing justice to the roles the directors may give him. Thus, a successful actor would be born before long.

An Insight into Amber Wentworth’s Life: Health Empowerment and Self-Acceptance