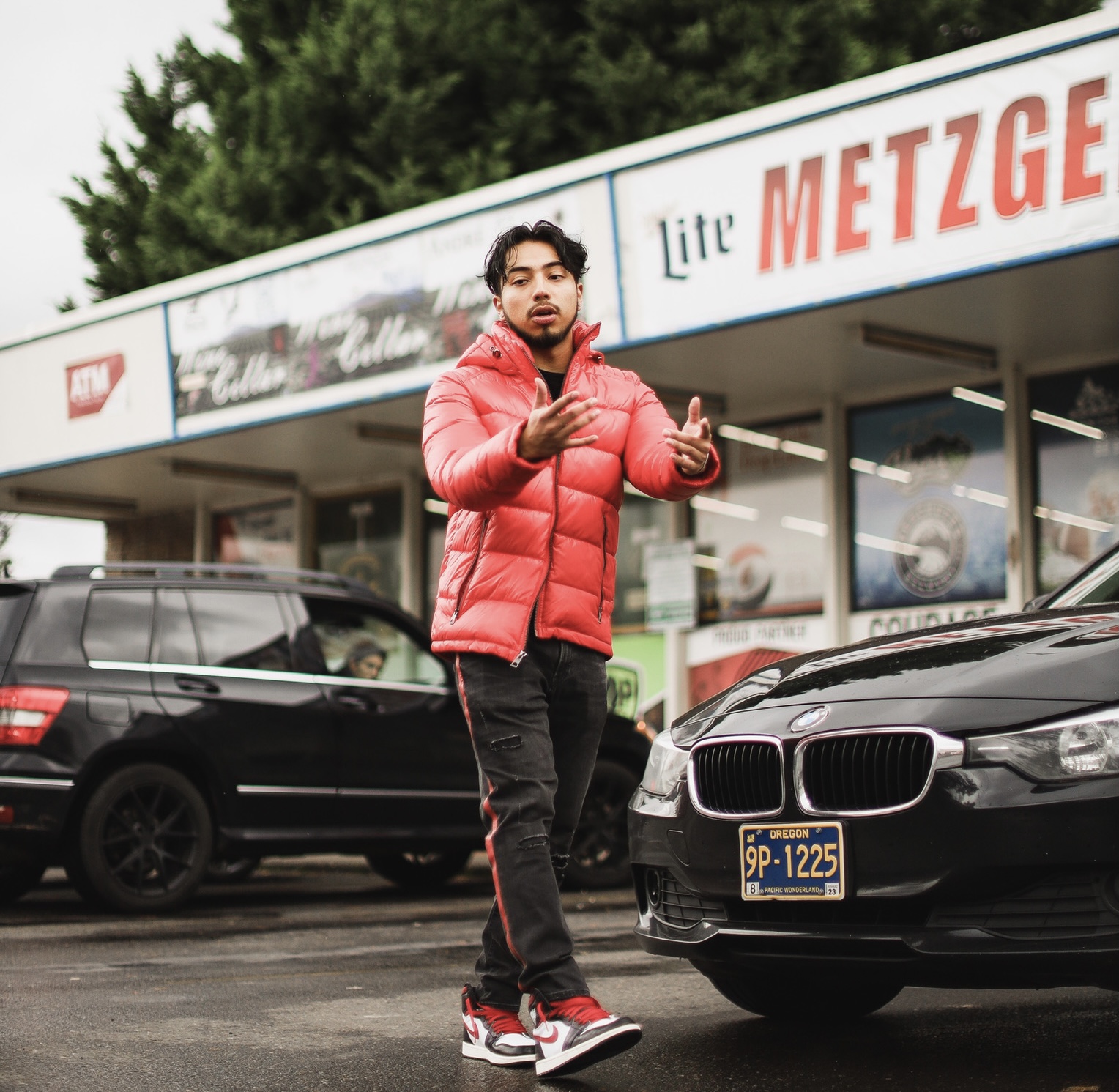 Many gifted individuals can spend their whole lives carrying their potential without putting themselves under the spotlight, afraid of trying and failing. For rising artist Rony, it took time to muster the courage to utilize his talent and pursue a professional career in the music industry. Rony recently released a music video for his single “Invincible” and people are responding well to the record. The song involves Rony rapping in front of his childhood convenience store ‘Metzger Mart’. The song has been played on multiple online radio stations like iHeartRadio and more since its release.

Originally from Mission Viejo California, he later moved to Portland, Oregon at the age of 5. Throughout his childhood, Rony played football and basketball. But, would later find his love for music in middle school. He was in band class, but was not interested in playing instruments, but rather performing on stage.

Rony has returned with his new video single “Invincible”. Continuing his captivating run, Rony’s new video puts his motivations on display: counting cash, whipping foreign cars, and building on a music career that has taken the industry by force. Ronaldo Rodriguez, known better as Rony, is a rising Musical artist from Portland, Oregon. At the age of 13, Rony was already determined to learn an instrument, so he picked up the clarinet and eventually, began to freestyle over industry beats. Not too long after, he started to record himself on his computer, and taught himself how to write lyrics.

Growing up in Portland, a city with notable music diversity exposed Rony to the dynamics of music at an early age. Rony was already composing music at the age of twenty and was outperforming some of the local musicians. He has exhibited great potential for the music scene, and there is no doubt he is destined to excel in the industry. He drew lots of inspiration from some of the greats in the game, including Kanye West. Rony loved and admired Kanye West’s rap style, which had a significant influence on his own.

In August, 2021 Rony peaked at number #8 on Reverb Nation’s Portland US Charts. Stream Rony’s latest track ‘Invincible’ below.On July 25th, Rony dropped his debut single “Diamonds On My Neck”. He then started his own independent label RRR Records. And, since then signed RichDolla503 & KBee. Rony, without a doubt, will be a rising star in the next upcoming years. It’s safe to say that because of his natural talent and musical ability, he will succeed in all he does. Rony releases new “Invincible” music video, watch below.