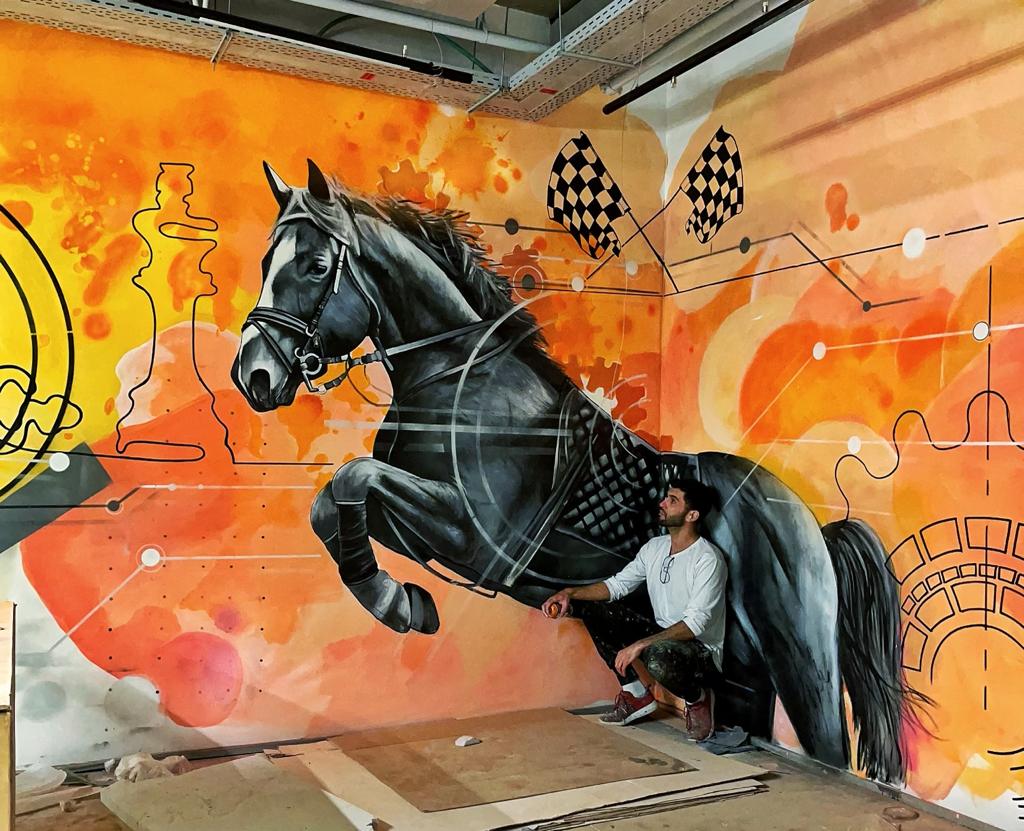 Samuel Hagai is a graffiti artist, hyper-realist, and surrealist painter whose work can be found in galleries and walls around the world, from Los Angeles and San Francisco to Paris, London, and numerous cities in Israel. Born in Israel in 1982, Samuel became interested in painting from an early age, teaching himself how to use oil paints on canvas at only 12 years old. While it hasn’t always been smooth sailing, Samuel can now proudly look back and see the hard times as learning opportunities that shaped him into the passionate artist he is today.

His achievements so far.

The big moment that changed Samuel’s career was in 2017 when he was invited by the American chain of department stores “Macy’s” to create a mural artwork for Christmas. Then in 2019, he painted four murals in the U.S. Air Force Base in New Jersey. Later in the same year, he set up an independent exhibition in the West Village, New York, where his artwork was displayed in public spaces, galleries, exhibitions and museums, military bases, corporate offices, and higher education institutions in Israel in the United States. For Samuel, he has an unstoppable passion for captivating others as a self-taught diverse international artist who puts his heart and soul into every art piece. His biggest purpose is to use the talent he has, share it with the world, and help people turn their dreams into art pieces they never forget.

Hardships that shaped him along the way.

As Samuel’s interest and skills for painting grew, he took any opportunity to hone his craft and never stopped working hard. However, without an art degree or funds to fall back on, Samuel had to scrape every last dollar he had just to buy materials to create more art. Early on, he did countless art projects that earned him no profit. It wasn’t easy to live through the uncertainty, but once he started sharing his art with family, friends, neighbors, and eventually local communities in Israel, he received a lot of encouragement and support from people. This helped him get noticed by art collectors, galleries, and followers, first in Israel and soon in many parts of the world.

His advice to other artists.

The best advice he can give is to feel every project and focus on the smallest details because this is how artwork can turn from just a pretty picture into a breathtaking, unforgettable piece. Samuel was guilty of rushing through his process early on and learned the hard way that only paying attention to every detail will result in an unbelievable piece of art. Samuel wants to remind all struggling artists to keep working hard and believing in their art—success will come to you.

To learn more about Samuel’s art and story, visit his Instagram @Samuel_hagai!

7 Pro Tips on How to Build an Awesome Sales Funnel