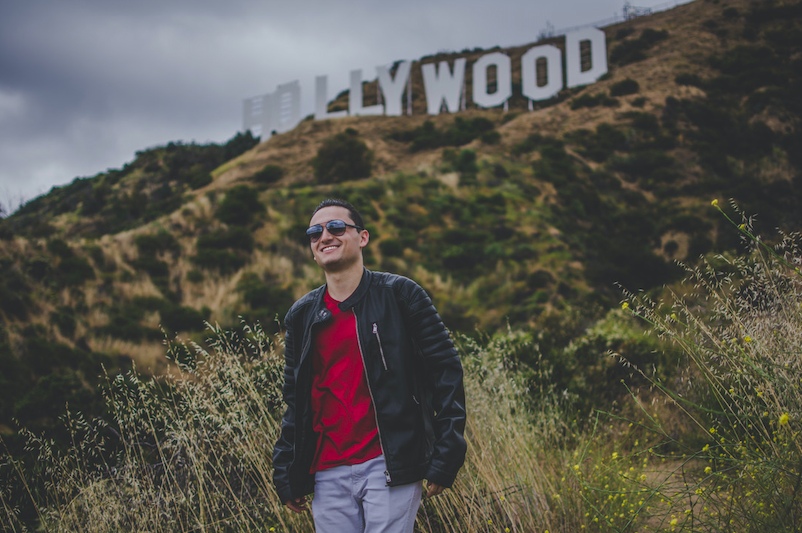 Sean Kilkenny defines himself as a music lover and his passion for it comes from an early age. He used to follow DJs on Radio Disney and would call in to talk to them every day, even if that meant waking up at 5:30 in the morning.

“Ever since I was a little boy I had a keen sense of music and entertainment. When I was just 6 years old I would set my alarm every morning to wake up at 5:30am so that I could call into Radio Disney and talk to the radio hosts. I had found a “sweet spot” of when I could call in and actually talk to the disk jockeys before the phone lines got busy. At just 6 years old I was being featured on Radio Disney and would talk on the air with the hosts almost every day. They called me DJ Sean O and although for them it was just a fun cute thing with a 6 year old at the early hours of the morning, for me it was so much more. Little did they know the impact those mornings had on me and how it would end up shaping the course of my life in the entertainment business forever.” Recounts Sean.

From that moment on, Sean knew that his life would be defined by music and that this was something he wanted to pursue. His first attempt as a DJ went terribly wrong, but this did not stop him from continuing to try and reach his goals.

“I spent countless hours practicing and preparing and when I showed up at my first real gig a bunch of kids from my middle school went there to laugh and tease me. They made such a scene that McDonald’s kindly asked me to cancel and leave. I felt humiliated and almost completely threw in the towel with my dream of being a DJ, but a fire kept burning inside of me and I didn’t quit. I pushed harder and let my passion for music and events and the teasing fuel me to keep going.” Remembers Sean.

At 16, Sean got his big break and the opportunity to begin hosting his own events, which he realized was the only way he was going to make it to the next level. He did not have the funding to host his own parties, but he knew that the local radio station did, so he set up a meeting with them and got their support.

“After meeting with the program director and sharing everything I had organized and planned, he decided to sponsor me and backed me both financially and legally. With the radio station now backing me and my event it was full speed ahead. Over a thousand people attended my first event and it was wildly successful. I went on to host multiple events with the radio station backing me till I was over 18.” Explains Sean.

From this moment on, Sean has amassed a massive following on social media. The events that he has hosted have only gotten larger and more impressive. He even scored a brand partnership with a drink that has helped him generate more revenue. Sean hopes to keep pushing the envelope further and plans to become a global music festival DJ.

“I am currently bouncing back and forth between Arizona and California and my dream is to perform at music festivals around the world. I play all genres but my specialty is in Electronic Dance Music or EDM for short. In the midst of my DJ career, I started promoting an energy drink called Verve. Every time I DJ’d and got on stage I brought up a can of Verve with me to promote it. I ended up being a brand partner with the company from 2012 to 2015 and my direct enroller-tree sales generated over 2 million dollars in revenue. I became a DJ for the company and performed at their 2013 convention at the Mirage in Las Vegas in front of 10,000 people. I have a great relationship with the CEO Bk Boreyko and have worked at multiple other events for their company.” Says Sean.