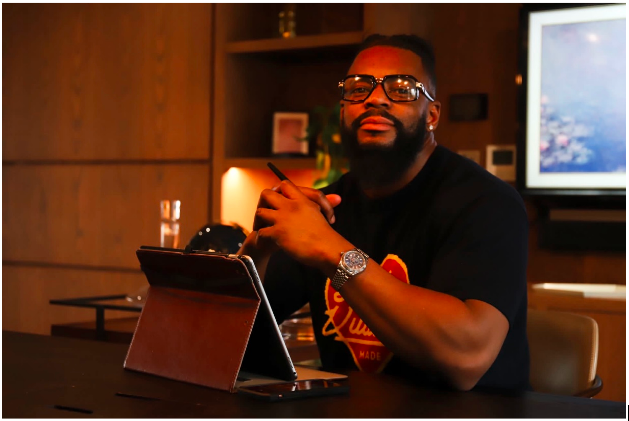 As we enter black history month in the month of February, Director Willard Appiah of Shoguns Studios looks back on his collaboration with the entertainment company on the creation of two animation pieces for Disney’s Use Your Voice Campaign that recognizes amazing young people who are striving to make a positive change in their communities. Director Will feels privileged to have contributed to Disney’s Black History celebrations.

During the heart of covid last year, Shoguns Studio was under great pressure to deliver an animation short for the biggest entertainment company in the world, Disney. To add to the challenge, the first piece was based on the newly elected Vice President Kamala Harris who went on to become the first African American female Vice President.

“The pressure was on, and working with writer producer for Disney, Bill Hicks, who created the dialogue for the piece, we had to battle through the pandemic, losing some staff to sickness and deliver a beautiful piece on the journey of how Kamala Harris made it all the way to the white house”, said Director Will.

Will goes on to say. “Our lead artist Kelsey Edwards spent weeks studying the artistic brush strokes of Tyler; it was imperative that the work has to look identical to Tyler’s style. Once we had achieved that, we then began the lengthy process of animating. We attached the painting and strokes onto cgi models that allowed us to animate.

“The first piece performed reasonably well but due to its political nature, it received mixed reviews. It was even picked up by Fox News Tucker Carlson who was outraged to hear that

Disney made a Kamala Harris video for Black History Month. He felt Disney treated Kamala like a demi-God”, asserted Will.

Having delivered the first piece, Shoguns Studios was then asked to create a second piece using the same techniques for Misty Copland, an American ballet dancer for American Ballet Theatre, which is one of the highest classical ballet companies in the World. On June 30, 2015, Copeland became the first African American woman to be promoted to a Principal dancer in ABT’s 75-year history. The new piece of news became even more challenging for Shoguns Studios, this is how.

“We had around three weeks to develop the idea from a mere concept to a final animated piece on the life story of Misty Copeland. We had to ensure that we got a spot on the ballet movement. The movement of the legs, arms and body had to be exact with nothing out of place. Being that we were simulating ballet, it was imperative that the beauty of ballet carried over in this animation piece. Moreover, we knew that if we didn’t get it on point, the entire animation would come to a standstill”, exclaimed Director Will.

However, with all hard work and efforts, Shoguns Studios was delighted with the outcome and glad to have had the opportunity to help Disney showcase the talents and lives of some of Black History’s most iconic people.

Give wheels to your dreams, with used auto export company Salvage King: