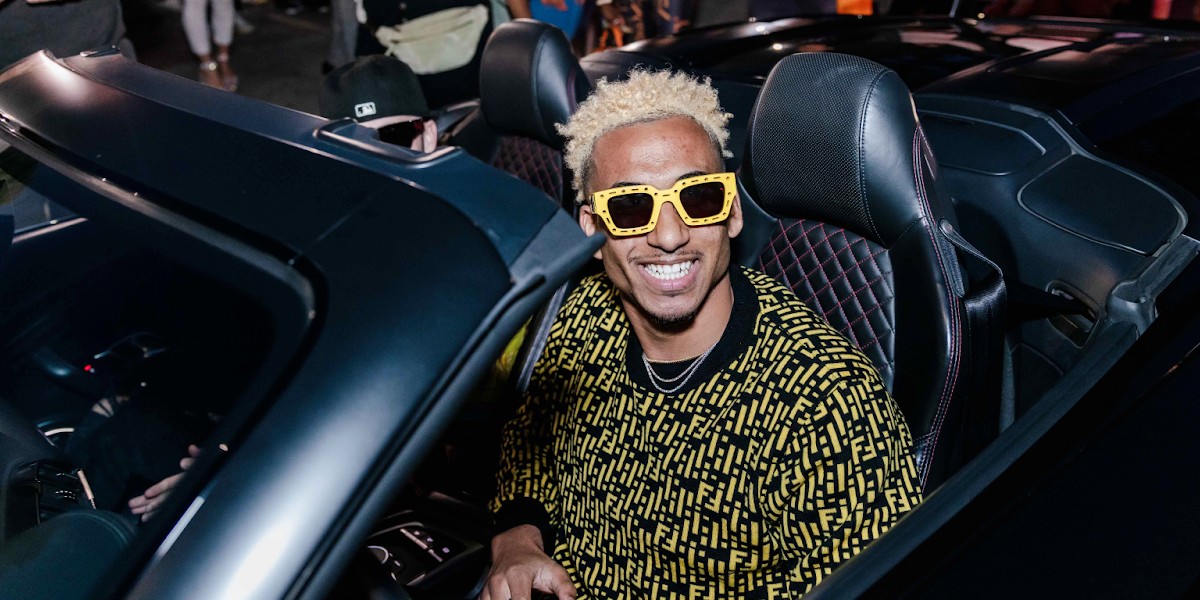 A strong self-belief in oneself is a powerful enabler no matter the obstacles or challenges one faces on a journey. For social media and TikTok star, TheBlondeJon, his doggedness, determination, and curiosity have helped him thrive in numerous ventures. Today, he’s fluidly transiting through different projects, recording success, and establishing a strong brand at the age of 21.

Born Jonathan Madrid and formerly known as YoungJetSet, TheBlondeJon is a social media influencer, entertainer, NFT founder and music artist who has made the most out of the internet and digital technology. His entrepreneurship journey began with e-commerce as a Shopify store owner, which he ran successfully and profitably before the TikTok wave began. He hopped on the social media platform, and within a year, he became one of the popular accounts with over 25,000 followers.

After spending a year in college, he knew he wanted to create social media content and build his brand full-time. So, with confidence in his abilities and the potential that social media promised, he focused on building TheBlondeJon, which became a powerful force on TikTok. Since he became a big name on the platform, he has worked with different brands, built other businesses, and inspired many young people looking for their big break on the internet.

Over the last six years, TheBlondeJon has developed the right mindset and combined that with the guidance and support he gets from his older brother, Josh King Madrid, JetSetFly, to create his powerful personality and brand. He said: “I think mindset is something many people forget about when it comes to growing as a person. I’m someone who heavily focuses on my mindset. If I can figure out exactly how my brain operates and the habits I create for myself, I will better understand how to break certain habits and neural pathways. If I didn’t have the mindset that I currently have, then I definitely wouldn’t be where I am today.”

Currently, his TikTok followership stands at 4.5 million. He also has a strong presence on Snapchat, with over 300 million all-time views and about 240,000 subscribers. He was ranked in the top ten most viewed Snapchat accounts in 2021, and the growth hasn’t stopped. Additionally, he was the first influencer to create a viral “Squid Games” video that circulated on Instagram on every notable meme page with millions of followers. He went from being a homeless young college dropout into a standout personality on social media, making a killing and millions of dollars.

With his social media successes, TheBlondeJon turned his attention to other things, and NFTs grabbed his attention after his older brother, JetSetFly, introduced them to him in 2022. He knew nothing about them but decided to test the waters with $600. Within two weeks, he turned the $600 into $24,527 and shortly after, he became good at flipping NFTs with his old college friend, Joey Sendz. That marked the beginning of a new journey in NFT as they decided to release an NFT project. They launched Junior Punk NFT, a collection of 5,555 tokens that sold for 0.15 ETH each, and within forty days, every single Junior Punk in the collection was sold out.

Junior Punk NFT’s success has spurred TheBlondeJon’s desire to make it easier for as many people as possible to get into NFTs. He’s cofounded NFTMagazine.com, a platform to provide credible information, updates and news about NFTs, cryptocurrency and blockchain technology. His goal is to see the platform become the biggest platform for reliable NFT alphas and updates globally.

Business Marketing in 2022: Simple and Effective Tips for Promoting Your Brand

Why Your Business Needs A Professional Website With Salvanis Partners