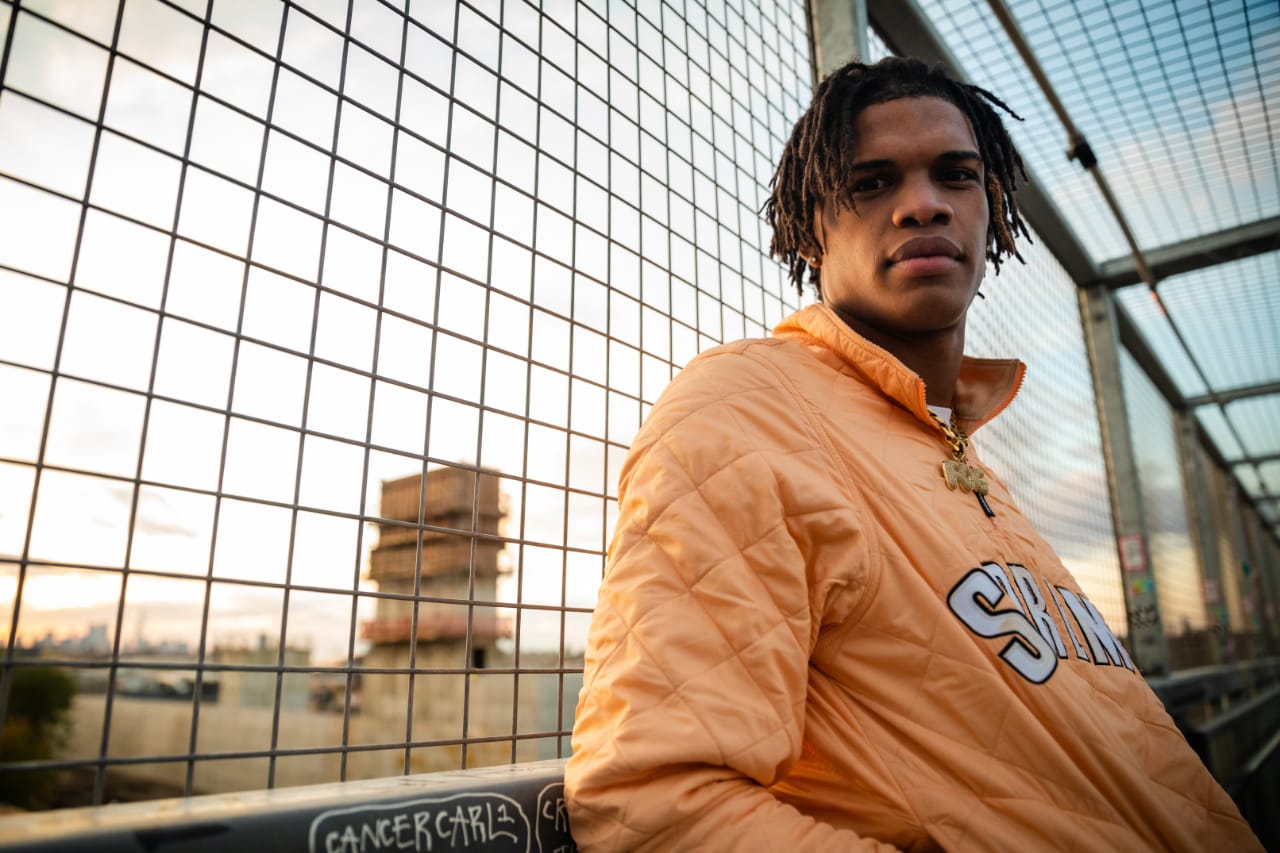 Stephon Peters-Smith, known professionally as Son of Mars, is a rapper, record producer and songwriter. Known for his high energy and 90s styled rhythms. He was Born and raised in the Caribbean islands of Trinidad and Tobago.

Mars released the EP Son of Mars in 2019. A vintage piece of work that is sure to age well in the career of Son of Mars. The EP was composed by producer Ricky Johnson in the late 2018. Son of Mars wrote and recorded the EP while attending the University of Rochester. The EP contains three tracks “First Born, Watch Yourself, and Anakin.” The production would suggest a wide range of melodies, some branching out of the trap genre and into something else entirely. The constantly changing, high hat patterns are welcoming, but the ear grabbers are the Kong synths and pulsing bass-lines. Those are what’smost likely to bring you back. Along with the melodies, the lyrics are delivered in a way that almost glides over the production, a song on this EP could easily fit on your workout playlist.

Son of Mars the EP is often compared with the raw energy of the 2000s mixtapes, and amateurism that you would expect out of an up-and-coming artist.

The EP started to gain speed just a few short weeks after its release. In the late 2019 Son of Mars signed to the label FamilyOverGold. Mars’ aspirations have grown further, as he is hard at work on his debut mixtape due for release sometime this year.

(Q)You’re out in New York at the time of this interview. What are you up to?

Right now I’m working on my next project. It’s a mix of songs that I’ve had on my mind for a while. I’m working with some really good producers and engineers, we all hyped for what’s coming next. Also taking in some of the NYC vybz it’s always good to be out here.

Q)Now for those who don’t know, how did Son of Mars come up with his name?

The name Son of Mars came before I started making music. As a kid I was fascinated with Greek mythology, it was something I could always learn more about. I would always go by the name Demi God.

Son of Mars came from the Greek God Aries, known as Mars. The god of war represented Trinidad and Tobago a place that at some points in time felt like a battlefield for me, it is still the most beautiful place I know and where I was born and raised. So Son of Mars to me also represents a child of Trinidad and Tobago.

(Q)Now let’s move on and talk about your new EP, Son if Mars

This project was my first attempt at putting my thoughts on a record. I loved the way it turned out considering I recorded most of the EP in my dorm while attending the University of Rochester.

The EP has three tracks “First Born, Watch Yourself, and Anakin.”

These are all tracks that I wanna look back at and see where I started. I wanted it to offer a really wide range of melodies, and branch out of the trap genre and into something else entirely.

I feel like that’s what I’m gonna focus on for my next project.

(Q)What’s your favorite song on this project?

My favorite song on the project is Anakin. That was a freestyle verse that I recorded in one take. There was so much energy in the room that night, and we were just able to feed off of it and really turn it into something crazy. I feel like those are the best ones, the ones that come from energy.

(Q)Are you excited to get back on the stage? & are you planning on joining a tour in a near future?

I’m planning on releasing some more music soon! So before I hop on anyone’s tour I wanna make sure I get this music to the people. I also wanna experience it with them so I’ll probably wait till I drop it to hop on a collaborative tour.

(Q)Last year you signed with FamilyOverGold Entertainment What made you decide they were the best fit for you?

I signed with the FamilyOverGold label because what they do is more than a label. From since day the the approach has been to develop me as an artist and really try to better my music. I’ve seen people leave a label the same artist the went in as, and that was a big concern for me. The individual love and focus I get here is why I’m forever FØG

(Q)Is there anything you’d like to let your fans know?

If you got a dream then make a plan to follow your dream. Everybody in the world can dream, but only you can plan your future.

ALL STREAMING FOR “Son of Mars EP”

5 TIPS TO LIVING A HAPPY, HEALTHY LIFESTYLE FOR YEARS

How Artist Yaga Tarantino Discovered His Passion For Music